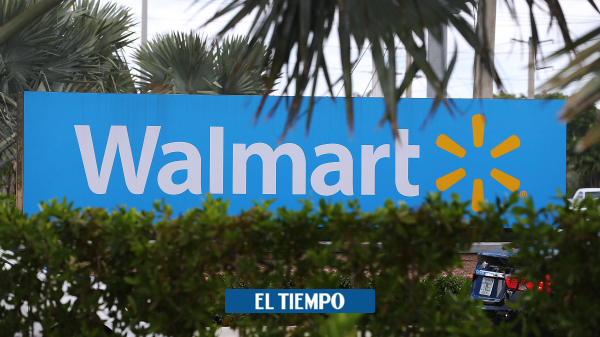 On video was the moment when Two women fought over the last remaining PlayStation 5 (PS5) console at a Walmart facility in North Carolina, United States.

After a few minutes of verbal discussion fighting over who would get the final console, one of the women made a provocative gesture, took off her coat, and eventually they hit each other. The two fell to the ground while beating each other, pulling their hair, among other physical attacks.

Although the violent scene took the customers instead, no one intervened until one of the scene’s protagonists lay unconscious on the floor.

Fortunately, the woman quickly regained consciousness and was able to leave the Walmart branch on her own. The other person also left the scene before the police arrived.

According to information from the US media ‘TMZ’, neither of them managed to buy the highly anticipated console.

(We recommend reading: Video: moment when 2 golden dogs were abandoned by their owner)

(Can you read us from the app? See here the video in which the events were recorded)

The PlayStation 5 (PS5) is one of the most sought after products of the year, a phenomenon that increased during the Christmas shopping season as it is considered one of the most innovative consoles on the market.

Currently, companies such as Walmart and Amazon have reported the shortage of the product. “It’s absolutely sold out,” said Jim Ryan, CEO of Sony Interactive Entertainment, announcing that the PS5 is sold out worldwide.

In mid-August, “Bloomberg” reported that Sony would have ordered a doubling of the console’s production from 5 to 10 million. This is to fulfill its promise that more units would come by the end of the year.

(You may be interested: I reject a woman who criticized her son for wanting to marry her boyfriend)

Sony’s console is one of the most sought after this Christmas.

Due to the high demand for the PS5, Major appliance retailers have faced all kinds of complaints.

A few weeks ago, in Mexico, the issue began to be discussed on social networks, with some internet users reporting that there was no availability and that stores like Amazon, Walmart and Best Buy, despite making their purchases in September, have informed that their orders will be processed too late.

(Read more: In love? The absurd marriage of a woman with a suitcase in Russia)