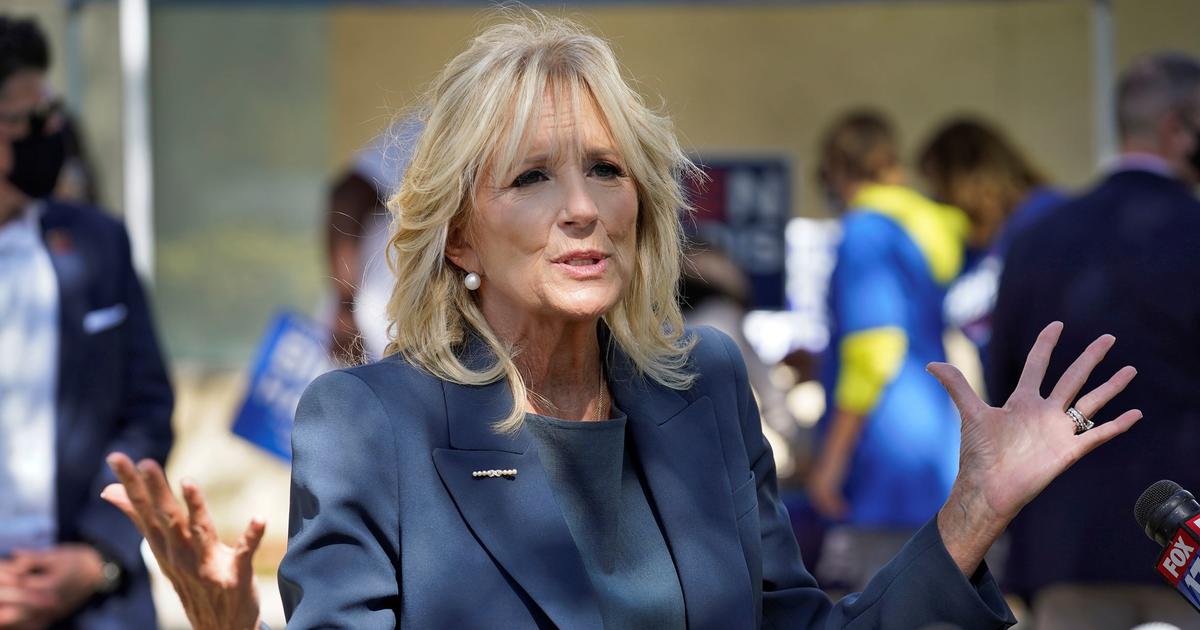 An article in the Wall Street Journal, considered sexist, fraudulently called the fact that the future first lady, who has a doctorate in education, uses the title of doctor. But the use of the term is not exclusive to doctors.

Just over a month after becoming the new first lady of the United States, Jill Biden is at the center of a controversy that began with a critique in one of the country’s leading newspapers and quickly turned into a debate about freedom of the press and sexism.

Saturday The Wall Street Journal published a column entitled Is There a Doctor in the White House? Not if you need a doctorate. The text begins as follows:

“Mrs. First Lady, Mrs. Biden, Jill, baby: advice on something that might seem like a small matter, but I don’t think it’s unimportant. Is there any chance I can eliminate “Dr.” before your name? “Dr. Jill Biden ‘sounds and feels fraudulent, not to mention funny. ”

The person who speaks in a tone that could be interpreted from father to arrogant is the writer and former collaborator of Wall Street Journal Joseph Epstein, who will turn 84 in January (Biden is 69). Epstein first criticizes the future – who was a teacher of English and writing – because he used the title of doctor.

Is it fraudulent to call yourself a doctor when you are not a doctor? The short answer is no. To say that it is fraudulent to use the title of doctor without being a medical professional is fake.

Does Jill Biden have the right to identify herself as a doctor? By linguistic definition, yes, you can.

The wife of President-elect Joe Biden is named Dr. Jill Biden, even though she is not a doctor but a teacher. Rather, the suffix comes from her doctorate in education from the University of Delaware in 2007, a few years before her husband became Barack Obama’s vice president.

According to his column, Epstein feels rejected that Jill Biden is using a title that he thinks he should reserve for doctors. However, In the United States, it is common for people with a doctorate in other disciplines, especially in education, such as Jill Biden, to call themselves doctors.

Who has the right to call themselves a “doctor” is a long-running debate, even in medicine. According In a 2017 survey, a female doctor introduces a male colleague using official titles 95% of the time, while a doctor presents a female colleague, they use professional titles only 49.2% of the time. Apart from medicine, the diploma is used by many women with doctorates as a tool to demand the same recognition and respect that their male colleagues receive.

In Latin America, the title is used beyond medicine without major concerns. In Peru, for example, I call lawyers a “doctor,” and in Colombia, the diminutive “doctorcito” is an expression of affection or respect.

According to the Merriam-Webster dictionary, The word “doctor” comes from the Latin word “professor” and was originally used to refer to a small group of theologians who had the approval of the Catholic Church to talk about religious subjects. It was not until the end of the 14th century, with the Renaissance, that the word “doctor” began to be used to refer to established scholars and medical practitioners.

“Both qualified academics and doctors can use it legitimately”, concludes the dictionary.

Thus, from a strictly technical and linguistic point of view, her doctorate in education and the origin of the word give Jill Biden the authority to identify herself as a doctor without involving an attempt to defraud people.

Beyond the debate over the use of the title, Epstein’s column has led to the rejection of his tone, which many have accused of being sexist.

After analyzing how, In his view, the title was discredited with less demanding academic processes and the distribution of honorary doctorates to artists without greater academic merit or renowned journalists, Epstein concludes his column by recommending that Biden keep his title at least in public, at least for now. .

“Forget the small thrill of being Dr. Jill and be content with the thrill of living the next four years in the best public residence in the world as First Lady Jill Biden,” he recommends, as one who sends a woman to take care of her House.

Jill Biden’s collaborators criticized the column, calling it a “sexist attack.” Michael LaRosa, the next lady’s spokesman, posted on Twitter Wall Street Journal: “If he had any respect for women, he would withdraw this disgusting manifestation of chauvinism and apologize.”. Elizabeth Alexander, communications director for the next first lady, wrote: “It’s sexist and shameful. Be the best WSJ“, Referring to the newspaper.

The figures of lPolitics has expressed solidarity with Jill Biden, especially two women who have already held the title of first lady: Hillary Clinton and Michelle Obama. “Her name is Dr. Jill Biden. Get used to it “Clinton wrote. In his message of support accompanied by a photo of both, Obama wrote on his Instagram account: “We see what happens to many professional women, be they their title of Dr. Miss, Lady or even First Lady: Too often, our achievements they are greeted with skepticism, even mockery. We are questioned by those who choose the weakness of ridicule over the power of respect.

Biden’s response to Epstein was brief, but he clearly refers to the gender division: “Together we will build a world in which our daughters’ achievements are celebrated rather than diminished.”wrote on Twitter on Sunday.

In turn, The WSJ defended the column it published “on a relatively minor issue.” Paul A. Gigot, editor of the newspaper’s editorial page, matched Biden’s team’s response to Donald Trump’s troubled relationship between the press and the White House.

“There is nothing like the game of racing or the genre book that stifles criticism. It’s the left-wing version of Donald Trump’s tweets about the “enemy of the people,” Gigot said.

The editor also recalled that, as early as at least 2009, Jill Biden’s professional title number reached the headline, citing an article in Los Angeles Times, in which Joe Biden explained that his wife was tired of her second-class status when they received correspondence from “Senator Biden and Mrs. Biden” and therefore decided to pursue her doctorate.

“These pages will not stop publishing provocative essays simply because they offend the new government or the political censors of the press and academia. And since it is time to heal, we will give Biden’s people a second chance for their attacks on us, “Gigot concluded, noting that he did not intend to withdraw his column or apologize.

This article was translated by Andrea López-Cruzado thanks to the FactChat agreement, coordinated by International Fact-Finding Network (IFCN) with the support of WhatsApp. The aim of the project is to bring better information in Spanish. This and other checks can be received directly by WhatsApp by clicking here or registering the number +1 727-477-2212 and writing “Hello” in the first message. We will wait for you.