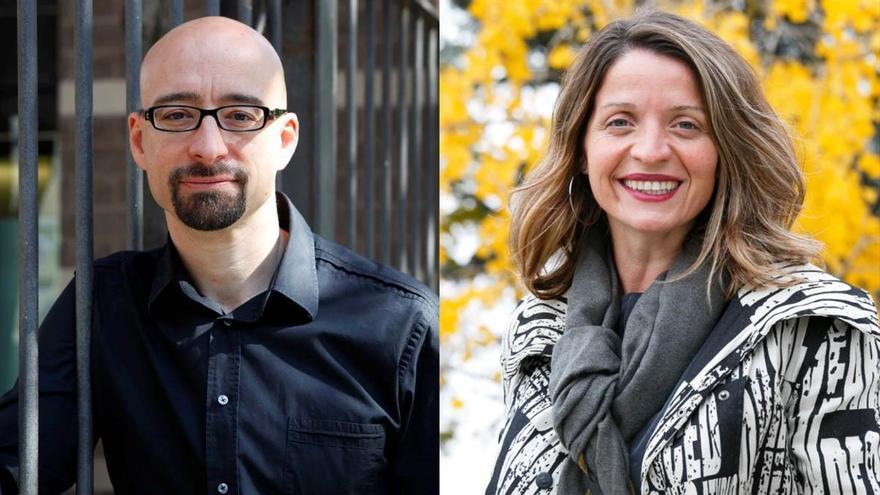 The debate on how to celebrate pandemic Christmas it is everywhere. What is the priority, minimizing social contact or seeking the warmth of loved ones at the end of this difficult year? Physician and researcher at the University of Leicester Salvador Macip and UOC professor of psychology and director of the Public Emotional Culture project Mireia Cabero It approaches the debate from two perspectives that are not necessarily opposite: health and emotional.

“We must make the ultimate sacrifice”

-Tell me, how do you think we should behave this Christmas?

– I think the message should be that everyone celebrates Christmas with the people they live with, because it’s the only way to have zero risk. We all know that the most risky situation is: an enclosed space without ventilation and a large number of people for many hours without distance or mask. Exactly what a Christmas meal is.

-So the wrong message is sent to people?

-The message that is given is that, with some modifications, we can make more or less a normal Christmas and yes, this is very dangerous. We have already seen what happened in the summer, and if we have a normal Christmas, the same thing will happen. Infections will increase and the more infections there are, the more deaths there will be. Would be a shame. Right now, when we are in the final stages, vaccination is about to begin. There is little, very little.

-Summer is the mirror we have to look at, right?

-Yes, we are in a situation very similar to the one we live in after the summer, even worse, because in the summer the numbers were better after closing and what happened then was that people relaxed and started to do things that posed a risk, so the wave began to rise. And now we are in a similar situation.

-Emotional and psychological component. What do we say to those who raise these arguments?

-Psychological reality is very important, but we must have a small perspective. I think everyone should be responsible for the risk they want to take, given that the only zero risk is not to celebrate outside the bubble. We need to take responsibility for everyone’s ability to make the right decisions based on reality, which, whether we like it or not, is that the virus is circulating at levels that are unsafe.

-It was a difficult year. People need family, the warmth of the house …

-Look, you don’t have to tell me about the emotional importance of Christmas, I live abroad and I haven’t seen my parents since last Christmas and it annoys me a lot not to see them this Christmas. But for me it is more important to make the sacrifice, so as not to endanger my parents and minimize the risk at the social level. Christmas is a day and, if you want to see your loved ones, do it, but in a safe environment. You can have a picnic or go for a walk, pack up and go for a walk. I think there are solutions.

-Are we a society of children, who in the face of the hecatomb we live in, with thousands of deaths around us, just think of celebrating?

-I didn’t mean that, but put it on a tray. It’s a good description. You have to have perspective: this is a lost Christmas, well. It is an important emotional impact, without a doubt, it should not be minimized, but it is a Christmas, which we are not talking about …

-Correct. I mean, my father’s generation went through a war and a post-war period, so let’s put it in perspective: it’s not the end of the world if we omit Christmas. The sacrifice is worth making. I do it with pleasure even if it annoys me, to help save the few or many lives we can save if we manage to prevent the growth of infections in January.

-What should the administrations do, then? Do you forbid anything beyond the balloon?

-I’m against the ban, I think the ban has the opposite effect. More than a ban, it must be explained. Do pedagogy, make sure people understand the risk and importance of personal and social responsibility that we all have. In a democratic country like ours, this is not done with bans, but with politicians and scientists appearing in the media explaining the reality. And I repeat, reality is what it is.

-We talked about the difference between a third manageable wave and a fleeting one, I think.

-Correct. It will be a third wave, which is almost certain, the question is how big it will be and that depends a little on us now. The important thing is that people realize that more cases means more deaths. We must make the ultimate sacrifice to ensure that the maximum number of people exceeds this pandemic and that, by Christmas 2021, we are all at the table.

“We need the warmth and security that the tribe gives us”

-Tell me, how should this Christmas be, psychologically?

-Look, I have two adjectives: to be a safe Christmas and a clear Christmas. And I’m not talking exclusively about health security, but about psychological security. A little emotional cane and cold and positive emotions would go very well for us.

-Psychological safety, yes. It is the inner conviction that we have the tools to face adversity, challenges and whatever life offers us.

-In practice, what would it mean, in front of Christmas? Is it ideal to look for the warmth of the house in the health security?

-Would a strict Christmas closing have a massive psychological impact?

-Would it look like? If we had a Christmas with strict measures, would it show?

-You would notice, yes, I think so. If the pandemic started, we would be less tired, but we are tired, I mean emotionally and obviously there are signs of this fatigue.

-What do you want to say?

-Because in this whole group of people who end up with a greater psychological vulnerability, with less adaptability or in a delicate vital moment, the pain is exponential. As you steal opportunities for contact and warmth, their pain increases exponentially.

-Tell me, apart from the cultural aspect, do you think that the urgency to see your loved ones is mixed with the fear that one of them, or ourselves, will take the covid?

-Categorical. Many people are very clear that if they can see their parents today, so much the better, because the day after tomorrow there are people who will stop being because of this disease. And this generates a significant psychological pressure, not knowing how long we will survive as a living family.

-The covid confronts us with death.

-Yes, that’s what I noticed as a psychologist, that death was put in front of us in a very egalitarian way, with the feeling that it could be tomorrow. It is something we rarely feel in life, because we forget reality very quickly. There is a constant mental and emotional hum that reminds us that this is a very vulnerable time. I’ve heard it many times: “Let’s see if we can get together because next year we don’t know who will be there.” And not necessarily in families with the elderly, right?

-There is a lot of talk about balancing health and the economy, but maybe there is a third leg in that balance, which is the psychological one, right?

-In fact, one of the dimensions of health that has been most affected during this pandemic is mental health. I recently read that in Japan the number of suicides exceeds the number of people killed by coronavirus this year. The impact on mental health is very serious and not only in people with severe imbalances, but in people with a certain vulnerability or sensitivity.

“Wasn’t he given the attention he deserved?”

-I’d say no. There is a huge imbalance between the effort made against the virus and the care given to the interior of people. I do not mean that nothing is done because I am aware of actions, but they are not enough. It takes a long time to understand that we need to promote emotional well-being. The psychological must be approached in a massive way and, with the resources that are now available, it is not enough.