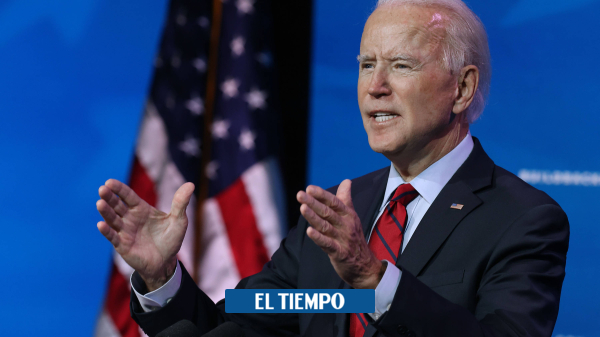 Reducing taxes on the richest leads to greater inequality, without having a significant impact on economic growth or reducing unemployment, according to new research from London School of Economics and King’s College, London.

(You may be interested in: Record the number of cases and deaths caused by covid in several countries around the world).

Researchers note that governments are trying to get their public finances back after that crisis covid-19They should avoid worrying about the economic consequences of imposing higher taxes on the rich.

Based on data from 18 OECD countries, including the United Kingdom and the United States, over the past 50 years, the study estimates the causal effect of large tax cuts for the rich on income inequality and growth and employment. in different countries.

“We have found that reforms that lower taxes on the rich lead to higher income inequality, measured by 1% of national income before them (…) However, such reforms do not have a significant effect on economic growth and unemployment rateSays the study by researchers David Hope and Julian Limberg.

A medical forecast submitted to Congress indicated that between 70 and 150 million people could contract coronavirus in the United States.

As the pandemic has put the world’s governments in a tight spot in the face of the economic and social crisis, the use of public finances to support the people and companies most affected by covid It is a real challenge for the United States, unlike other world powers such as China, Russia and the European system, whose model of social welfare allows it to have more control over these boxes.

And while the president-elect Joe Biden engaged in election campaign to raise taxes at the highest level of employees and corporations, US Congress debates details a covid-19 aid bill of $ 900 billion which is expected to include not only incentives but also benefits for the extension of unemployment benefits, before this Friday’s deadline.

Biden’s commitment focuses on repealing individual income tax reductions for tax cuts and jobs (TCJA) for those earning more than $ 400,000 and restoring the maximum rent tax rate to 39.6 percent compared to 37 percent today.

While another proposal focuses on raising corporate income tax from 21 to 28 percent, according to the magazine Newsweek.

According to the study’s findings on the effects of growth and unemployment, it is shown that theories that suggest that Lower taxes for the rich translate into higher job options for the population are not entirely true and that, in fact, “the reduction of taxes on the rich coincided with a period of growing inequality.”

This is why researchers insist that their results are the key to current debates about the economic consequences of taxing the rich.

The research statement coincides with a call by some Democrats for a second stimulus control to be funded by repealing the president’s tax cuts. Donald Trump during the term.