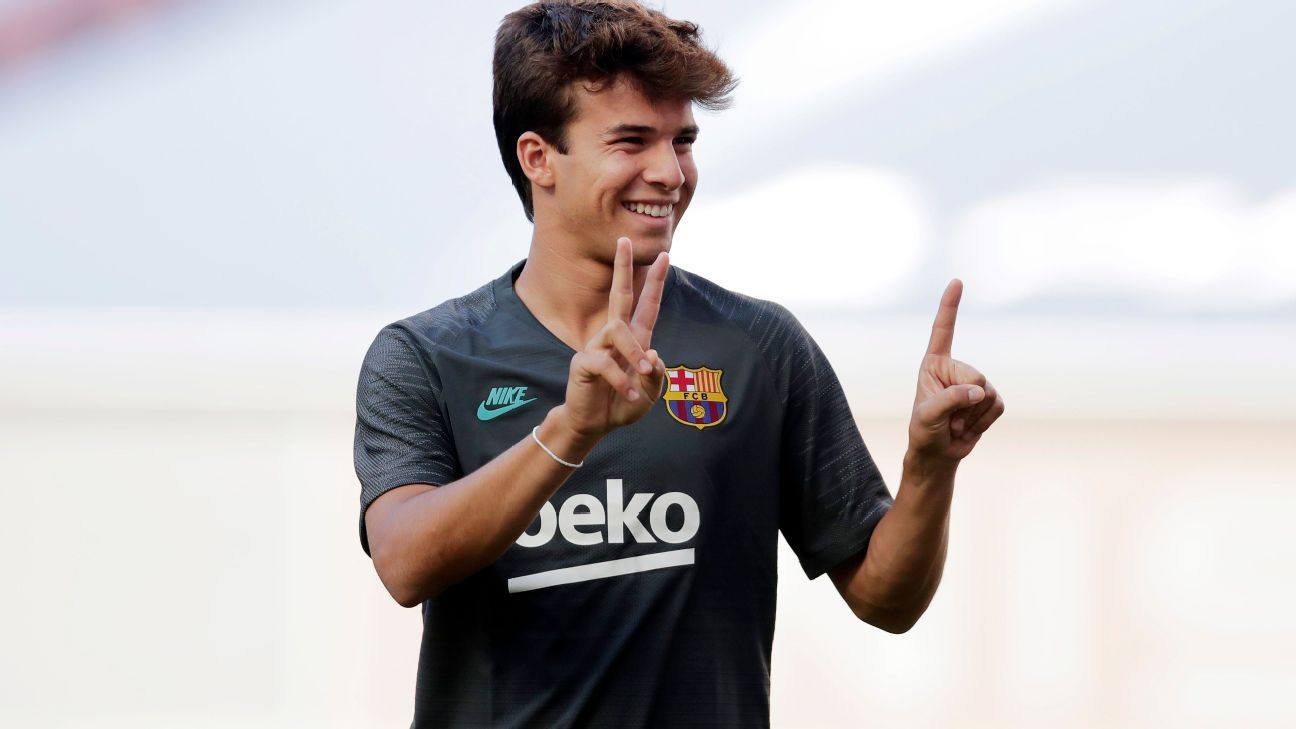 BARCELONA – Ronald Koeman has clearly expressed his dissatisfaction with Riqui Puig, without having to name him directly, but taking into account his name when asked if the desire he contemplates during all training with Ronald Araújo is lacking other players, such as the youth team.

“There are people in the team who could have too much competition, but in training they don’t do enough to make the coach think about changing things,” the Dutch coach revealed, in a clear allusion to the midfielder.

It was a direct warning from Koeman that he estimates a low predisposition of Riqui during training and that would explain his low participation since the beginning of the season, which is reduced to 83 minutes distributed (always as a substitute) in 4 of the 18 games played by him Barça team.

“Araújo and Riqui are totally different. Riqui needs more physique … And yes, I like people who work every day to improve and take advantage of opportunities with both hands. Today there are other things besides quality. There are those who have too much competition, but they don’t do enough in training “, he said, after praising the Uruguayan central defender without reservations.

“Araújo is a player who, despite his youth, is very strong physically and fast for his height. He has a strong character, he commands, he always trains hard, he likes to listen, to learn … He has to improve in his first control of the ball, in circulation, in vertical passes …

“But we are talking about a very young player who has a wonderful future and who wants to listen, who works hard and is open to all advice,” he said, referring to the Uruguayan center-back, who later understood his response to Riqui as the other side of the coin.

It wasn’t Koeman’s only arrow during Saturday’s pre-game press conference against Valencia, whom he called a rival “that will make things difficult for us, who have already beaten Real Madrid and lost just one of their last six games.” he played … But, as I always say, we depend on ourselves, to be very focused and to play with a lot of energy.

Pjanic was not spared either, whose main role is still far from what was expected, saying that the Bosnian “has to prove that the coach is wrong. In the middle of the field there are a lot of competitions, and if Aleñá went against Real it is for that he’s left-handed and we need him because Pedri is leaving.

“He (Pjanic) and everyone must wait for the opportunity and show that the coach is wrong. There is a lot of competition and only eleven can play. Some do not play much and must and train to show that they are very useful for the team. “

The Dutch coach said that his team creates “many opportunities, which is the main thing”, although he acknowledged that “we have to be more efficient”, resolving that in recent games there is more freedom in midfield, with players who can play in different positions. and this is a complication for our rivals. “

Regarding his past in Valencia, Koeman recalled that “I won a Cup”, acknowledging that his adventure at the Mestalla was “very difficult. You can’t work calmly there. I know that some former players are commentators, each one “Of course, it’s not the best memory of my career. I had to make decisions and I can make mistakes like anyone else. But at least I won something, the Copa del Rey. It’s a complicated place, which in 15 years has had “And it seems that sometimes there is a lack of peace of mind.”

“I’ve always seen a good atmosphere in the dressing room, although of course it’s easier to have an atmosphere of joy when you win games like the other day,” he said when asked if the team atmosphere had improved and specified, directly to reporters, that “you don’t see what happens in training or in the locker room before or after games and you talk and give your opinion. Journalists have an easy job,” he shot.

He also repeated his complaints about the schedule and schedule, confirming that he continues to think “the same way. The calendar is crazy and if we win the Super Cup semifinal in January we will have another game … There are many away matches and we are killing players. I like to go game by game, but we have to think about travel, we come home late … We have to talk about how to solve such a tight season.