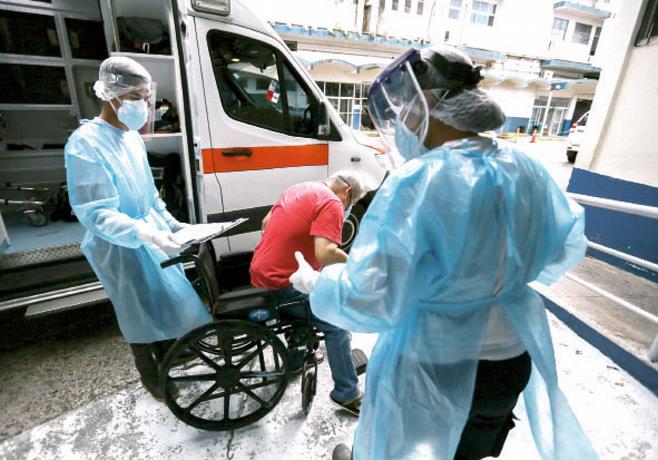 In Panama, the population will have to spend the Christmas and New Year’s weekend in total quarantine, given the increase in the number of cases of covid-19, according to a CNN publication in Spanish.

Health Minister Luis Francisco Sucre announced at a press conference last Tuesday evening that the population will not be able to leave from Friday, December 25 at 7 p.m. to Monday, December 28 at 5 a.m.

The same will happen over the New Years weekend, due to the total quarantine from Friday January 1 at 7:00 pm to Monday 4 at 5:00 am.

But before that, according to Minister Sucre, there will be a curfew and “dry law” every day from Friday, December 18, from 7:00 pm to 5:00 am, until Monday, January 4.

In addition, the closure of swimming pools, beaches, rivers, spas and social areas is ordered. And from December 23 to January 4 there will be sanitary fences at 5 points of the country.

The national chain explained that the decisions are based, among other things, on the fact that in Panama there is transmission of coronavirus from the community, at an accelerated stage, and that all indicators set for decision-making are nearing their maximum level, such as the lethality and availability of beds in the ward and intensive care unit.

On the other hand, the Pan American Health Organization (PAHO) said on Wednesday that it has entered into agreements with two manufacturers of vaccines against Covid-19 and is negotiating two more so that more than 30 countries in America start immunizing the population. in the next months.

“Great success will be achieved,” said Jarbas Barbosa, PAHO Deputy Director. “We expect the vaccine to reach the countries in March,” he explained, but immediately emphasized that immunization will not be a magical solution, but must be supplemented by non-pharmaceutical measures to combat the virus.

The agreements and negotiations are part of the COVAX initiative, in which 190 countries around the world are participating to seek equitable access to the vaccine. Barbosa has not disclosed which labs they signed with, but said they are in negotiations with pharmaceutical companies Pfizer and its rival Moderna.

The World Health Organization (WHO) on Wednesday recommended the use of masks at Christmas and New Year’s Eve gatherings in Europe, warning that there is a “high risk” of the pandemic worsening in early 2021. There is a high risk of a resurgence (of the pandemic) in the first weeks and months of 2021, “the WHO European office said in a statement recommending” wearing a mask and keeping your distance. “