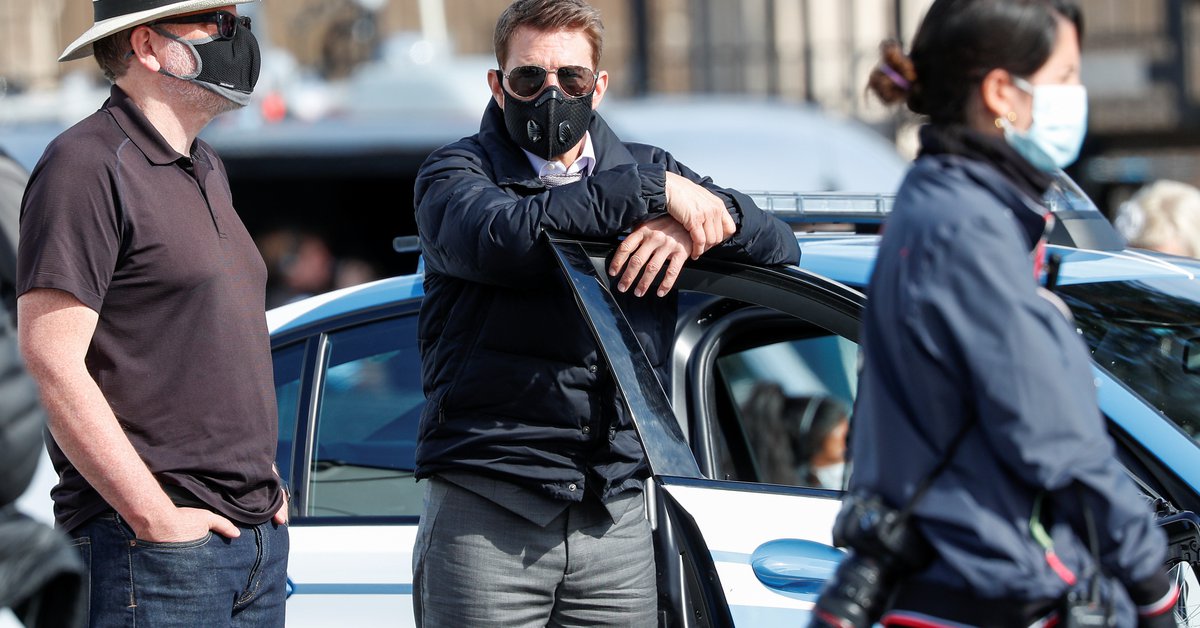 Full audio of Tom Cruise on the “Mission Impossible” set

He came out this Thursday the complete sound of Tom Cruise in his furious attack on various members of his team because he did not respect social distance while filming “Mission Impossible 7” at Warner Bros. Studios. from Hertfordshire, United Kingdom.

In the sound obtained by Sun.Cruise, 58, can be heard saying: “Movies are made because of us. If we suspend, it will cost people their damn jobs, their homes, their families“.

At another point, the Hollywood star tells them, “I’m worried about you, but if you don’t help me, you’re out. Agree? See that rod? How many meters is this? ”, Referring to the anti-video measures that he himself took care to establish in locations to avoid contagion in the distribution and production team.

The actor worked tirelessly behind the scenes to impose strict rules of social distance during the filming of the latest film in his successful franchise. And he was furious when he saw two members of the team sitting very close to each other in front of a computer screen.

Tom Cruise: “If I see them again, they’re screwed and fired”

The three-minute-long audio captured the actor and also the film’s producer, denouncing two of his workers who did not follow the strict rules he imposed to avoid contagion on set: “If you I see again, you are deceived and fired. And if anyone on this team does it, that’s it. And you, never do it again. “

Cruise kept an eye on the set to make sure filming could continue amid the pandemic after several coronavrius delays. “We are not canceling this damn movie. Is it understood? ” the actor shouts in another excerpt from the recording that was delivered to the British tabloid by a person in the production.

“I do not apologize. They can tell people who are losing their damn homes because our industry is closed. To those who will not put food on the table or will not pay for their education at college. That’s what I sleep with every night: the future of this damn industry! Cruise tells them, very upset by the situation. He also points to certain team members, telling someone that “it will cost you your job” if you do not follow safety protocols.

After the sound went viral, everything got worse on set and several members of the film crew left. The British press says that he had another strong anger and that the working environment is becoming more and more difficult.

Five staff members resigned because they considered it a paradoxical “impossible mission” to continue working for the star after a new outburst of anger on set. But it all got worse when the actor’s audio, furious when he saw that two employees did not follow the anti-video protocols, it has gone viral all over the world.

“The first outburst was great, but things have not calmed down since then. The tension has been building for months and this was the straw that broke the camel. Since it was made public, there has been more anger and more staff members have left, “a source told The British press The Sun.

“It simply came to our notice then he can no longer bear after all the efforts they have made to continue filming. He’s upset that the others don’t take him as seriously as he does. In the end, he is the one who bears the burden, “he told reporters.

Tom Cruise’s anger on the set of “Mission Impossible”: “If I see them doing it again, they’re screwed and fired”

George Clooney criticized Tom Cruise for his outburst of rage on “Impossible Mission”: “It’s Not My Style”