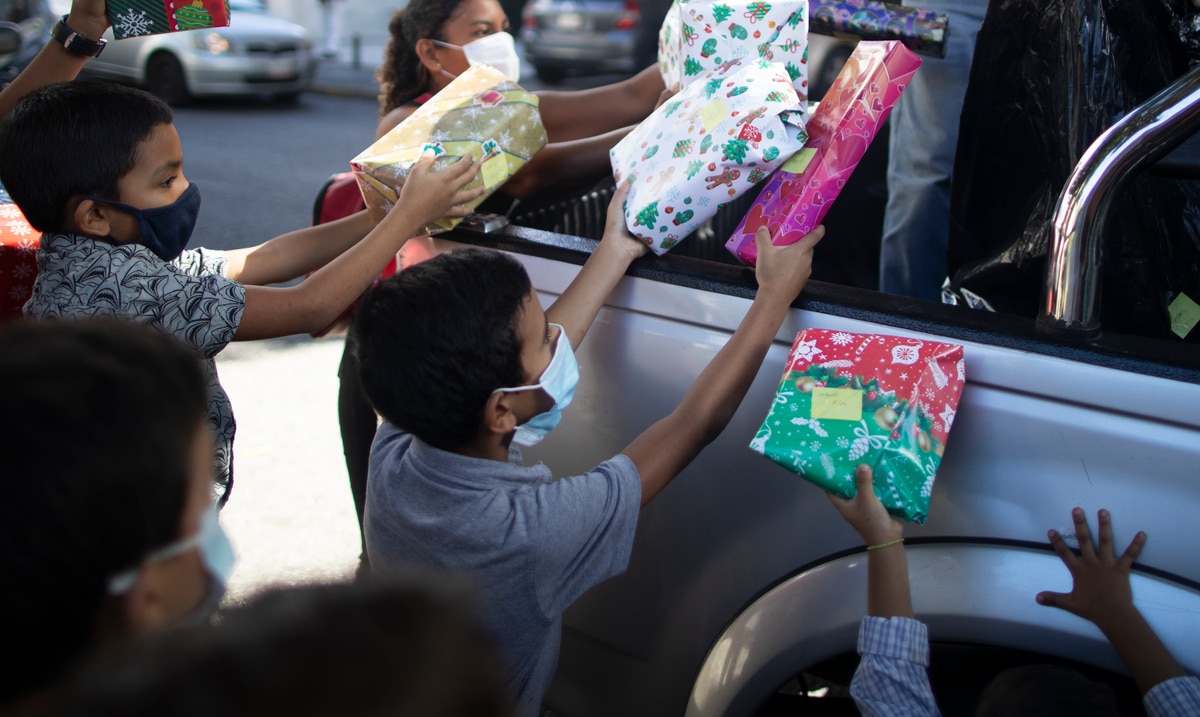 Donations of toys, food and clothing during the Christmas festivities are traditional in Venezuela. But never, as now, has charity been so essential that many families, even those with a job, can put food on the table, give a gift and clothe their loved ones.

Unlike in the old days, the legal and mandatory end-of-year bonus – which was the financial engine of families in December – is far from insufficient. This bonus, known in Venezuela as a Christmas bonus, used to announce that a prosperous and happy Christmas was coming, but no more.

“For me there is no Christmas because you know, it’s sad that you work a whole year”, you are looking forward to the bonus “to be able to buy something for your children” but “unfortunately you can’t buy anything”Marlei Lopez, a 41-year-old nurse, told the Associated Press. López’s salary also does not allow him to cover his basic needs.

According to the United Nations World Food Program, one in three Venezuelans has difficulty putting enough nutrients on the table due to the severe economic recession and the prolonged political crisis. Most Venezuelans earn less than $ 2 a month.

“Yesterday I received a bonus of 3,190,000 (bolivars, about $ 2.38) and with that amount I could barely buy a kilogram of cornmeal and a few grams of butter so I could give my kids dinner.”, said López, who thanked his children for receiving at least a “decent” lunch in a charity living room in the poor neighborhood of La Vega de Caracas, where in his spare time he helps prepare food that is distributed free of charge. days a week to about 100 children.

Women, children and the elderly are among those most affected by the crisis and it is increasingly urgent for other Venezuelans to take action to help the less fortunate.

“This year we need especially the solidarity of the neighbors, of all the parishioners who participate in this church to deliver the food and toys needed by the children.”said Ángeles Lopez, 61, organizer of Olla Solidaria, which on Saturday offered food and gifts to children inside the Chiquinquira Church in Caracas.

Inflation in Venezuela – which is in its sixth year of recession and whose domestic product is expected to fall by 25% in 2020 – closed November at 4,000% from the same month last year, according to figures from the National Assembly, controlled by opposition. . The Central Bank of Venezuela usually reports official data with delays and incompleteness.

“We were motivated to keep this much-needed work that has been going on for so long with families scavenging garbage for food.”, said Lopez. Buying clothes and shoes is also a luxury for many. “This year the need is also extremely high for clothing.”

“At this time, every day, it is more urgent that we all be charitable, merciful … because people are in great need,” he insisted.

Most Venezuelans, especially the working class, believe that the preparation of the traditional Christmas dish called Halca – a corn cake stuffed with a stew – is under threat.

As prices are set at their cost in dollars and there is a steady devaluation of the local currency and hyperinflation, commodities are experiencing successive jumps, especially food.

It is estimated that many families will have difficulty paying for a Halca or will not be able to buy all of its ingredients. These include cornmeal, oil, banana leaves, olives, onions, peppers, capers, raisins and beef, pork and chicken, among others..

Among the most expensive ingredients, without taking into account meat, is onion, which cost 6,500 bolivars (0.41 cents) in 2017, when the minimum wage was $ 32 per month. Now, with a minimum wage that is equivalent to less than a dollar, the cost of onions exceeds 2.69 million bolivars or $ 2.81.

“We cook here Monday through Friday for all those kids … If those kids didn’t have that living room, imagine what their parents would do.”

Montilla is also going through a difficult situation. Despite having her own pension from Social Security and another as a survivor of her deceased husband, both amount to about a dollar.

President Nicolás Maduro said that through social programs, the government guarantees at “fair prices” the availability of sack ingredients and pork leg – traditional Christmas dishes. But, as in other years, many fear that this offer will add to the accumulation of unfulfilled promises by the president.

Last year there were protests in some neighborhoods over distribution failures and the fact that, instead of the promised hind leg, small portions of less valued cuts were delivered.

In the middle of this gloomy panorama, several men, with no greater reward than a child’s smile, walk through the Venezuelan capital dressed as Santa Claus in an attempt to offer a moment of joy.

“I drove everywhere in Caracas”, said Antonio Prieto, a 60-year-old triathlete who 40-year-old cycled through the city weeks before Christmas in his red suit and long white beard.

“I go for a walk, I greet the children, I see the happy faces of the children and for me this is a satisfaction,” he stressed.