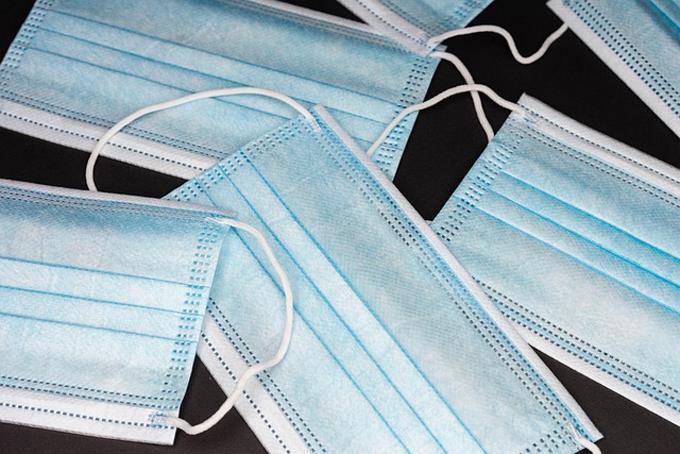 Researchers have found that wearing a mask, whether old or not, isn’t always better than wearing nothing after demonstrating that a used surgical mask, which drops below 30% filtration, is worse than without it, according to published in the journal ‘Physics of Fluids’.

While it is well known that wearing a mask will help reduce the spread of COVID-19 in the community, less is known about the specific effectiveness of masks in reducing the viral load in the airways of those wearing them.

“It is normal to think that wearing a mask, whether new or old, should always be better than nothing, but our results show that this belief only applies to particles larger than 5 micrometers, but not fine particles. particles smaller than 2.5 micrometers, explains author Jinxiang Xi.

The researchers found that wearing a mask with a low filtration efficiency (less than 30%) can be worse than without it. They did this by developing a computational face mask model using a physiologically realistic model of a person wearing a pleated surgical mask and then using numerical methods to trace the particles through the mask.

They examined the behavior and fate of aerosols that pass through the mask, into the face, into the airways, and ultimately where they are deposited in the nose, pharynx, or lungs.

The slower velocity close to the face encourages inhalation of aerosols into the nose, so that although the masks filter some particles, more particles escaping the mask’s filtration can enter the airways.

They found that the filtration efficiency of the three-layer surgical mask can range from 65% when new to 25% when used, so wearing a 65% mask correctly provides good protection, but wearing a 25% filtration mask can worse than no filtration at all.

“We hope that public health authorities will strengthen current preventive measures to curb the transmission of COVID-19, such as choosing a more effective mask, using it appropriately for maximum protection, and avoiding using an overused one. or expired surgical mask, ”he says. Xi.

The researchers found that the pleats of a surgical mask significantly affect airflow patterns, suggesting that mask shape should also be considered an important factor in estimating the mask’s protection efficiency and designing new models.