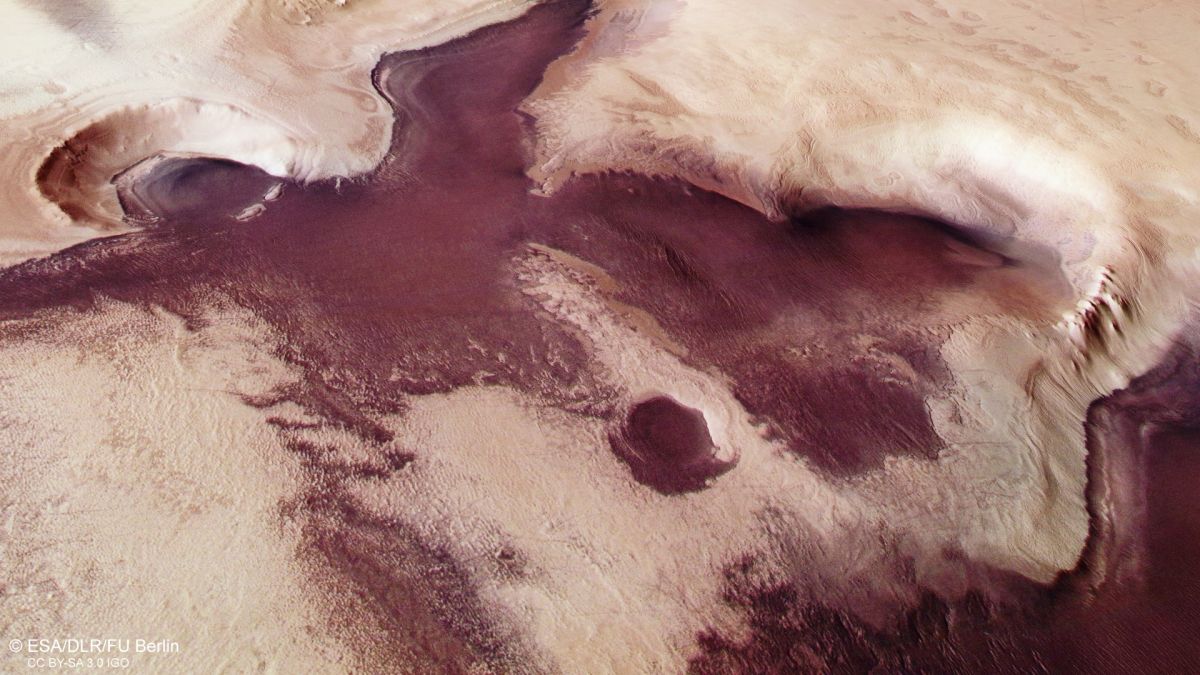 With a little imagination, in this view of the south pole of Mars in the ESA Mars Express, you will see an angel and a heart together.

Silhouettes captured by the probe Mars Express of the European Space Agency (ESA) of an angelic figure, with its halo included, are distinguished by cropping the image of the Mars Express High Resolution Stereo Camera (HRSC) from the top, and his photo a big heart located right in the center.

These shapes seem to stand out against the bronze background (or, if we want to continue with the resemblance of Christmas, the color of eggs) of the Martian surface.

The dark color is the result of the composition of dune fields in the area, consisting mainly of dark sands, rich in minerals consisting of rocks that can also be found on Earth (specifically, pyroxene and olivine).

This etheric scene is located in the southern polar region on Mars, although the pole itself would come out of the picture, right (south), EA said in a statement on Thursday.

The south pole of the Mars It is usually covered by a layer of ice 1.5 km thick and about 400 km long, with a volume of about 1.6 million cubic kilometers, of which just over 12% is water ice. The rest of the polar cap is made up mostly of dry ice (solid carbon dioxide), which freezes in the atmosphere in winter and then sublimates (changes from solid to gaseous) in summer.

Since the southern hemisphere of Mars is currently summer, this image shows how the ice at the south pole of the planet is at its lowest annual level.

The “angel” and the “heart” are made up of several interesting formations.

First, the angel’s hand stretching to the left could be a large ditch of sublimation, formed when ice turns to gas and leaves pockets and depressions on the planet’s surface – a process that happens frequently in changing seasons. . These sublimation pits have been seen on other planets in the solar system, such as Pluto, and are also seen on earth on the right.

The “head” and halo are formed by an impact crater, created when a body in space flew inward to collide with the crust on Mars, “ESA said. This impact left several layers of deposits on the screen, take a look below the surface.

Fine signs similar to the scratches of the surrounding landscape are revealing signs of the action of dust on the wind planet.

Science is fascinating and the imaginative interpretation of ESA shapes is a good way to mark the holiday season.