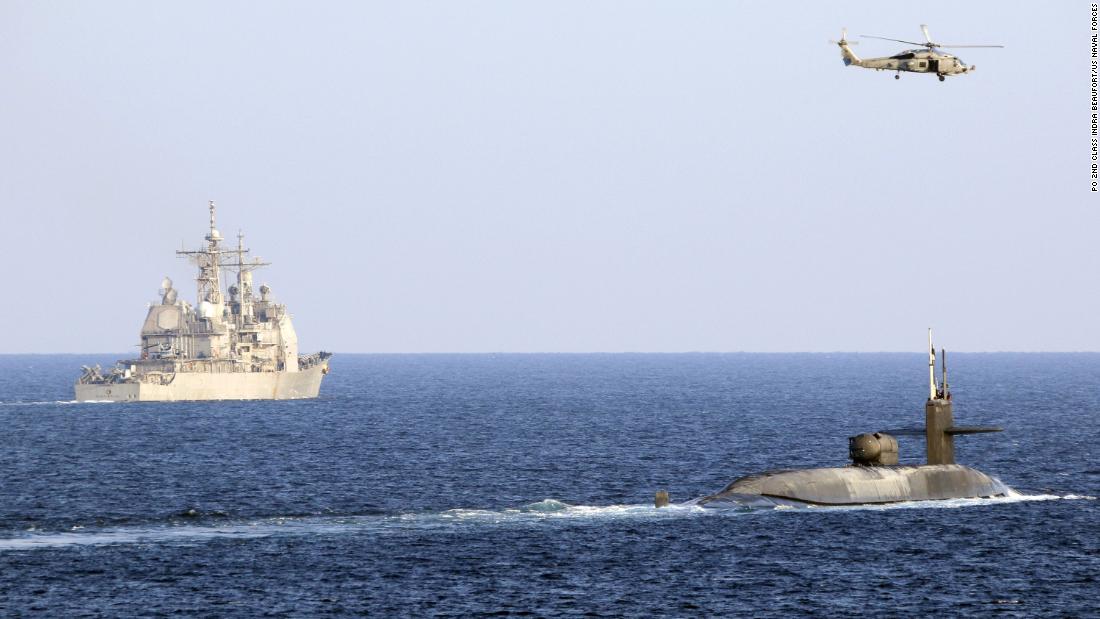 “ The Ohio-class nuclear submarine USS Georgia (SSGN 729), along with the guided missile cruisers USS Port Royal (CG 73) and USS Philippine Sea (CG 58), passed through the Strait of Hormuz and carried the Arabian Gulf, Dec. 21, ”the Navy said in a statement using an alternate name for the Persian Gulf.

The ships’ entry into the area comes amid heightened tensions with Iran, with Secretary of State Mike Pompeo blaming Iranian-backed militias for a missile strike on the US embassy in Baghdad on Sunday.

Some US officials have expressed concern that Iran could use the anniversary of General Qasem Solemani’s assassination to launch an attack on the US.

The US Navy rarely discusses the movement of its submarines, but Monday’s announcement also included details on the ship’s capabilities, including its “ability to carry up to 154 Tomahawk cruise missiles for land attacks.”

Eight missiles were fired in Baghdad’s international zone on Sunday, causing damage to buildings and cars in a residential area near the US embassy. The US Embassy compound sustained minor damage, but no embassy personnel were injured. Iraqi military said an Iraqi soldier was injured when a missile landed at a security check.

“The United States strongly condemns the latest attack by Iranian-backed militias on the international zone in Baghdad,” Pompeo said in a statement on Sunday. “We wish the injured a speedy recovery.”

The spokesman for Iran’s Foreign Minister, Saeed Khatibzadeh, strongly condemned Pompeo’s statement, saying that the Iranian embassy is also in the international zone.

“The Iranian embassy is located in the same area, attacking diplomatic missions and residential areas is wrong and prohibited under international law,” Khatibzadeh said during a virtual press conference held Monday in Iran’s capital, Tehran, attended by local and international media representatives. .