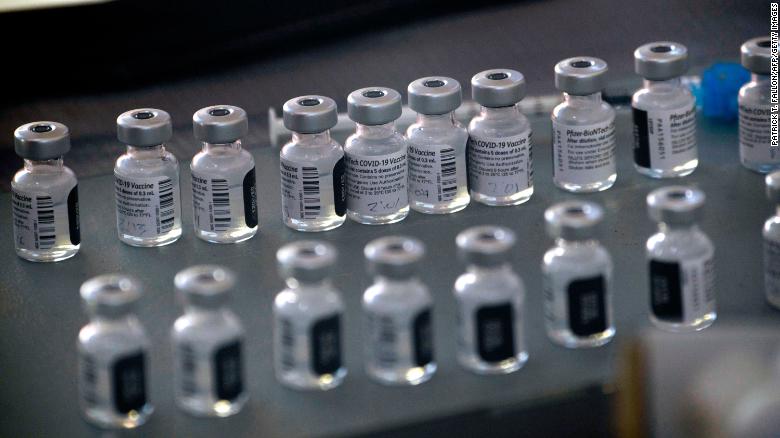 What to expect from vaccines and the covid-19 variant? 0:52

(CNN) – Scientists at the US Army’s Walter Reed Research Institute hope to know in the coming days whether coronavirus vaccines can work against a mutant variant of the virus that is spreading rapidly in parts of England, according to the director. Vaccine researcher at the institute.

Although there is always concern that a vaccine will not work if a virus moves significantly, Walter Reed scientists still hope the vaccine will be effective against this new variant, said Dr. Nelson Michael, director of the Center for Infectious Disease Research. the Walter Reed Army Research Institute.

“The logical thing is that this mutation is not a threat, but you never know. We still have to be diligent and keep checking, “said Michael.

They do a computer scan as a first step.

“Computer analysis will allow us to define how careful we should be,” Michael said. “Other teams around the world are also doing this analysis.”

If computer analysis shows that there is a concern, then laboratory and animal studies should be performed to determine more definitively whether the vaccine will work on this variant.

At a press conference on Saturday, British Prime Minister Boris Johnson announced new holiday closures in parts of England that saw the spread of the new mutation.

“There is no evidence to suggest that the vaccine will be less effective against the new variant. Our experts will continue to work to improve our understanding as soon as possible, ”Johnson said.

The Chief Scientific Adviser to the United Kingdom agreed.

“The assumption that all scientists are working with right now is that the response to the vaccine must be adequate for this virus,” Dr. Patrick Vallance told a news conference.

The US Food and Drug Administration has authorized two vaccines, one from Pfizer and the other from Moderna. Both work by creating a genetic model for the peaks that appear on the surface of the new coronavirus. The immune system “sees” the peaks and learns to launch an attack against them.

As with other variants or new strains of covid-19, it has a genetic footprint that makes it easy to track and is now commonplace. This does not mean that the mutation has made it easier to spread, nor does it necessarily mean that this variation is more dangerous.

Several experts in virus genetics and epidemiology point out that this could simply be a “lucky” strain that has been amplified due to a super-spreading event; it could be the mutation that somehow makes it spread more easily without causing more serious illness; or it could be accidental.

Vaccines are still useful because viruses are constantly mutated, but usually not in a way that makes the vaccine useless, said Dr. William Schaffner, a vaccination advisor to the U.S. Centers for Disease Control and Prevention.

“Even with mutations, the virus remains essentially the same,” Schaffner said. It’s like a person. I can change my brown coat to a gray one, but I’m still Bill Schaffner. I changed something, but I’m still the same person.