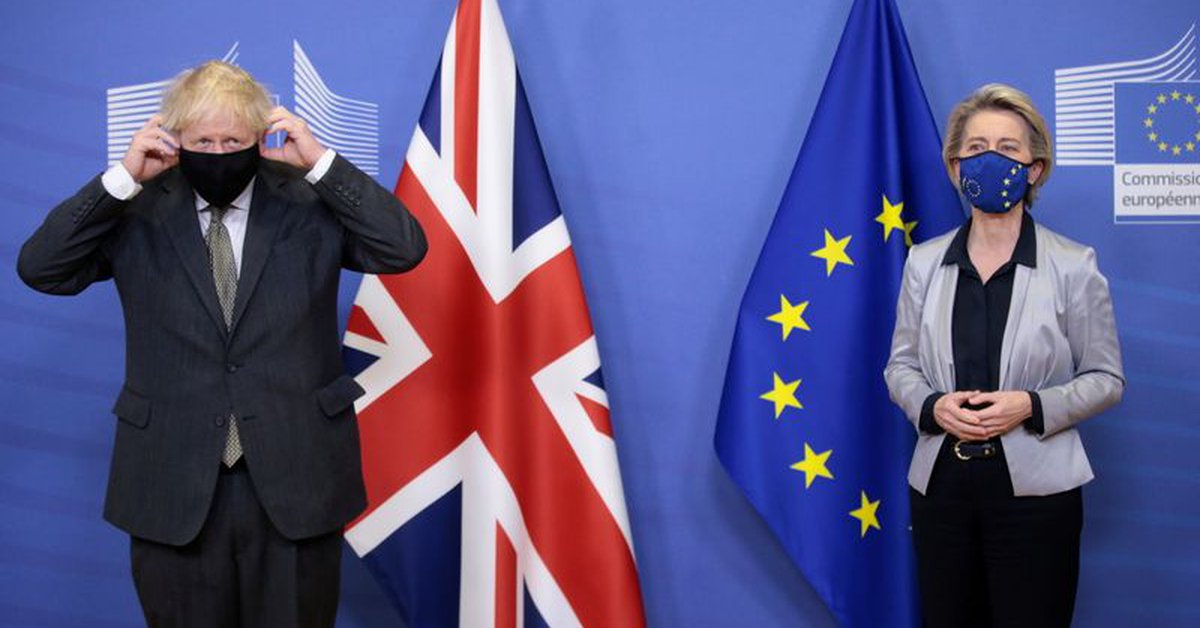 Negotiations between the European Union and the United Kingdom to reach an agreement on their post-Brexit relationship were on the verge of collapsing on Thursday, to the point that top leaders indicated that overcoming differences “will be very difficult” and that dialogue failure is “very likely”.

“We are pleased with the substantial progress made in many issues,” but “There are still major differences to be resolved, especially in the field of fisheries” and “overcoming them will be very difficult,” Von der Leyen said in an official statement.

Meanwhile, in a statement, Johnson’s office indicated this “It seems very likely that no agreement will be reached unless the EU’s position changes substantially.”

According to the British government, the EU’s position on fisheries is “simply unreasonable”, and in order to reach an agreement Brussels should change its approach “significantly”.

As far as fishing is concerned, London “cannot accept a situation in which it would be the only sovereign country in the world without controlling access to its own waters”., the government stressed. Therefore, he added, the negotiations were in a “very serious situation”.

Despite widespread pessimism, Von der Leyen and Johnson agreed that negotiations would resume on Friday.

Prior to the telephone contact, sources on both sides of the English Channel indicated that they would try hard to revise the talks, but a European official confirmed that AFP that the solution to the problem of fishing “is really very difficult and on that depends an agreement”.

In a meeting with lawmakers, EU chief negotiator Michel Barnier said on Thursday that reaching an agreement on Friday was “difficult but possible” on a day when The whole process was pressured by the European Parliament.

In a statement, Parliament’s political blocs have said they are ready to remain ready to consider a possible deal before 31 December, but only if an agreement is reached before the end of Sunday.

Barnier held a closed-door meeting that day with the Conference of Presidents of the European Parliament, a body that brings together the head of the legislative branch and the heads of political parties, to whom he presented an update on the current state of negotiations.

According to the assured legislative sources AFP, in that dialogue Barnier said an agreement was possible on Friday. “It is difficult, but possible,” Barnier told lawmakers, according to three sources.

At that meeting, the European negotiator assured lawmakers that the British team had accepted a clause allowing Brussels to respond if environmental and labor law standards diverged until competition between companies was reached.

However, the issue of fishing rights remained a source of disagreement, although Brussels explicitly accepted that the United Kingdom has sovereign rights over its territorial waters.

After that meeting with parliamentarians, Barnier met again with British negotiator David Frost.

In any scenario, the whole process was now under control The European Parliament, which should ratify a possible agreement before 31 December, because the next day the United Kingdom will be outside the European single market and the customs union.

This scenario suggests convening a special session of the European Parliament on 28 and 29 December to ratify the treaty.

Renew centrist bloc leader Dacien Ciolos said “uncertainty about European citizens and businesses as a result of a British decision is intolerable.”

By Aldo GAMBOA with Anna CUENCA in London (AFP)