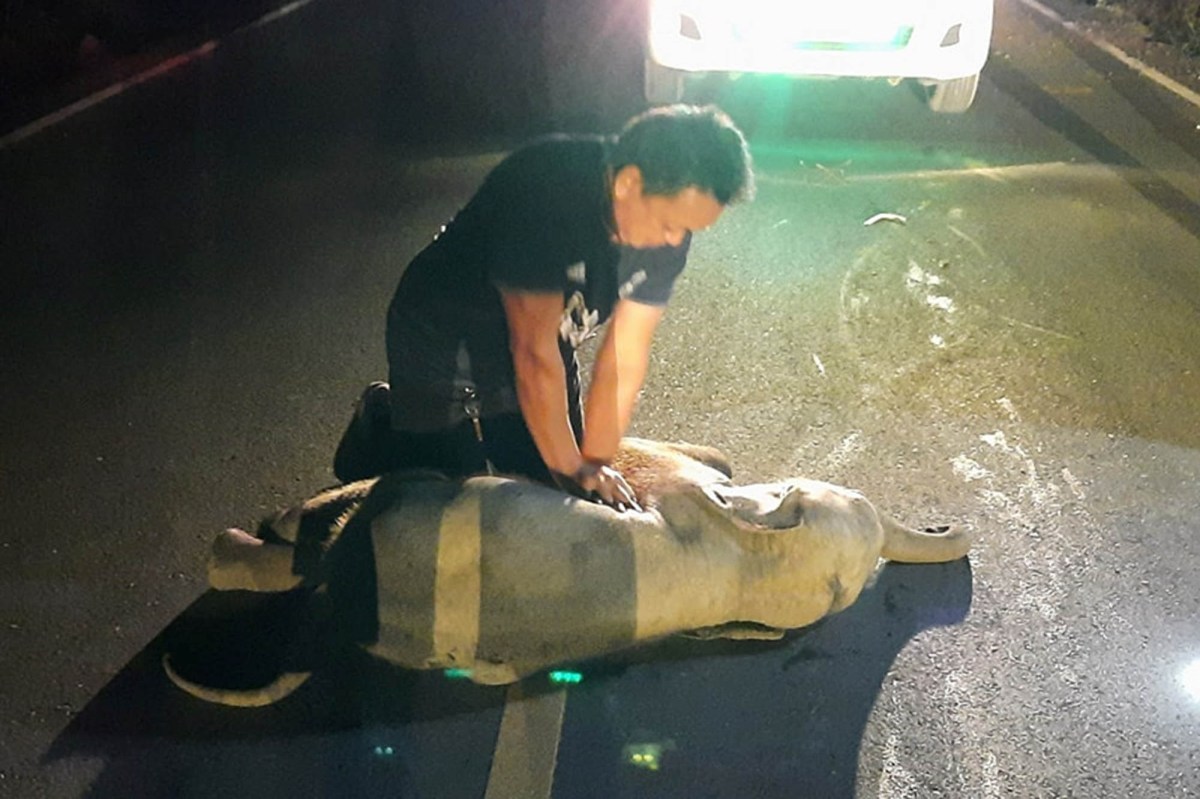 Now this is what we call a heroic act of jumbo proportions.

Veteran rescue worker Mana Srivate can now proudly add “Dumbo resuscitation” to her list of unique skills on her resume after bravely resurrecting an elephant baby that was hit by a motorcyclist while crossing a trip with his family to the eastern province of Chanthaburi, Thailand.

Srivate was no stranger to attempting to resuscitate victims in difficulty due to his 26 years of emergency intervention. So, when he was called to assist the animal injured while traveling on a road trip late Sunday, he immediately jumped into action when he met the mini-mammoth moaning as he lay motionless on his side.

“It’s my instinct to save lives,” said Srivate, whose gallant rescue efforts were captured in a now viral video. “But I was worried all the time because I could hear the mother and the other elephants calling for the baby.”

With no specialized elephant CPR training, Srivate administered two-handed compressions to the little tusker while his colleagues took care of 53-year-old motorcyclist Anan Cherdsoongnern, a few meters away. Cherdsoongnern suffered only minor injuries.

“I guessed where an elephant’s heart would be based on human theory and a video I saw online,” Srivate said. When the baby elephant [was] starting to move, I almost cried. “

After an exhausting 10 minutes of suspense at the touch, the bruised but stable elephant finally got up and was rushed to another location for further treatment.

After receiving a clean health card, the patient wearing Srivate’s torso was returned to the scene of the accident in the hope that he would be reunited with his herd of wild pahiderm. The elephants soon reappeared when the mother heard the child calling to her.

Despite responding to emergency services, Srivate said the baby elephant was the only victim he managed to revive through CPR.