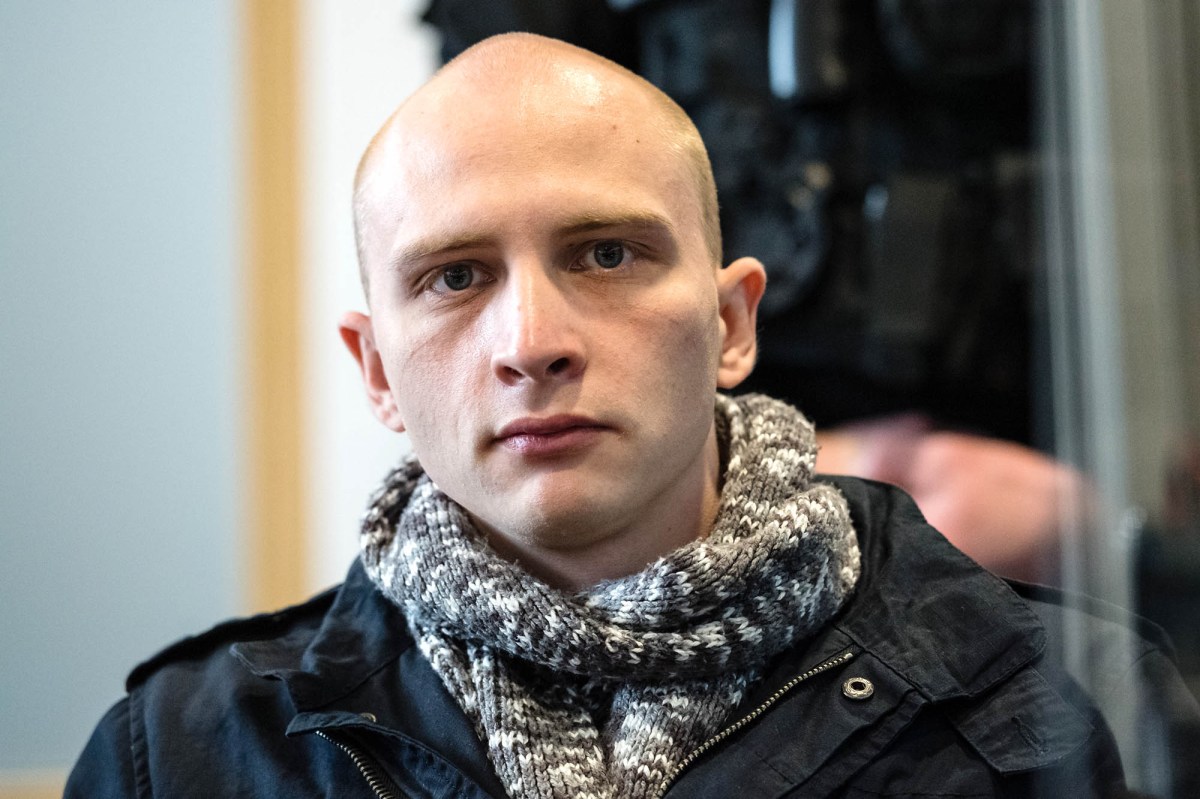 A German right-wing extremist was sentenced to life in prison on Monday for killing two people during a fire attack near a synagogue on Yom Kippur last year – recording the sick attack and broadcasting it online.

Stephan Balliet, 28, was convicted of two counts of murder, 66 counts of attempted murder, bodily harm and incitement to attack outside the Jüdische Gemeinde Halle temple, while worshipers were inside the holiest day of the year. Judaism.

Judges at Naumburg State Court found him “seriously guilty”, which means that he will actually be barred from early release after 15 years.

While Judge Ursula Mertens announced the verdict for what she called a “cowardly attack”, Balliet, with his head shaved and dressed in black, did not show any reaction, but took notes, according to the dpa news agency.

In a horrific echo of the massacre of the mosque in Christchurch, New Zealand, in March 2019 – which was shared on Facebook Live – Balliet recounted his attack live in a video on Twitch, because he failed to enter the temple.

The war of October 9, 2019 is considered one of the worst anti-Semitic attacks in the post-war history of Germany.

Balliet introduced herself as “Anon” before beginning an anti-Semitic decipherment that included attacks on feminism and immigration. He also posted a screed against the Jews before attempting to make his way to the synagogue.

During his trial, which began in July, Balliet admitted that he wanted to enter the temple and shoot all 51 people inside.

When he could not open the heavy doors, he shot and killed a 40-year-old woman on the street and a 20-year-old man at a nearby kebab shop.

He also injured several others before fleeing the scene, but was caught about an hour and a half later while abandoning a stolen taxi after an accident.

Mertens said there were several unbearable moments during the trial and that Balliet did not show any remorse, adding that society must be protected from him.

“You are a lonely, fanatical, ideologically motivated author,” the judge told him. “You are anti-Semitic and xenophobic.”

Balliet apologized in court for killing the woman, saying, “I didn’t want to kill the whites.”

At the end of the court hearing on Monday, Balliet threw an object – apparently a file or a file – at the victims’ representatives who joined the trial as co-plaintiffs, according to dpa.

Four guards grabbed him and took him out of the courtroom.

“The verdict makes it clear that the killer hatred against Jews is intolerant,” he said in a statement. “Until the end, the attacker did not show remorse, but kept his anti-Semitic and racist vision full of hatred.”

Mark Lupschitz, a lawyer for nine of the co-applicants, told France-Presse that he was “relieved” by the verdict and called the proceedings “stressful and empowering” for the intended victims.

A government spokesman, Ulrike Demmer, told reporters that anger “has shown us how important it is to continue the fight against anti-Semitism, xenophobia and hostility to democracy even more decisively.”

“If that guy had managed to get into a synagogue … it would have had an extraordinary impact on German identity after the war and the fight against anti-Semitism,” he told AFP.