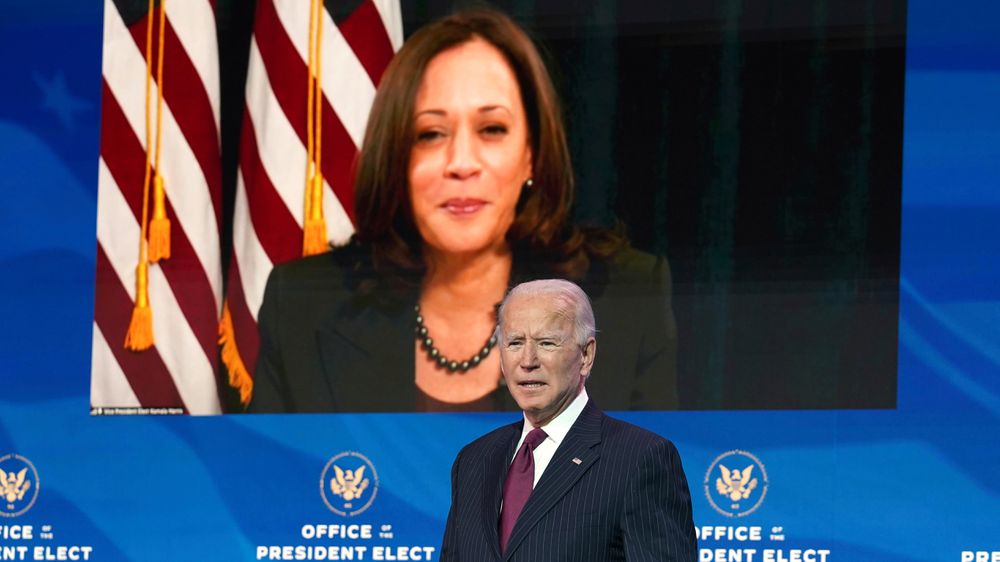 The United States only finished counting – and in some cases counting – the votes in the November 3 election. The crucial point – who wins and thanks to which states – became clear on November 7, but the full picture was left to be desired. Partly because of the size of the country (330 million and an estimated 239 million voters); but also because of the barrage of votes this year (about 158 ​​million, representing a turnout rate of 66%, the highest in 120 years) and, to add another complication, because of the arsenal of lawsuits promoted by the Republican Donald Trump amid fraud allegations. With the certified results for each area and the votes deposited in the Electoral College this Monday, the magnifying glass can be brought closer to the salad of numbers. These depict a myth about Trump and a danger to the victor, Democrat Joe Biden.

With just 43,000 votes from three states, Trump could have won. Biden becomes president of the United States, backed by a solid advantage of seven million popular votes, that is, from every citizen’s ballots. He reached 81.2 million (representing a majority of 51.3%), compared to 74.2 million for Trump (46.8%). However, if only 42,918 of those voters across Arizona, Georgia, and Wisconsin voted for the Republican, the world would be talking today about the New York tycoon’s reelection. A difference of three tenths and 10,457 votes was painted Democratic blue for the first time since 1996 in Arizona; one of the two tenths and 11,779 votes did the same to Georgia, a Republican since 1992; and seven tenths and 20,682 votes returned Wisconsin to Biden’s party.

So, did the Obama-era vice president narrowly win? On the contrary, but these data reflect the extent to which the American system makes the Democrats vulnerable. Despite a loss of 4.5 percentage points, less than 50,000 votes were able to give the White House to the current outgoing president. Americans indirectly elect their president: In elections, by popular votes, they elect 538 deputies or members of the Electoral College, the distribution of which is determined by the States based on their representation in the Senate (100, two per territory). ) and the House of Representatives, plus three from the District of Columbia (Washington City). The model ultimately gives priority to areas with fewer inhabitants. In addition, most of them (except Maine and Nebraska) use a majority procedure (it is known in English as the winner gets everything: whoever wins with popular votes, even with the minimum, gets all the delegates). So it doesn’t matter that Biden won California with five million votes; you will then receive the same electoral votes (55) as with 500 votes. This system explains the paradox of 2016: 80,000 votes split between Pennsylvania, Michigan and Wisconsin made Trump president, despite a total of nearly three million fewer votes than Hillary Clinton. To win 270 electoral votes are needed; Biden has hit 306, the same as Trump in 2016.

Trump, the great popular hero? The current White House tenant has reached final scrutiny with 74.2 million votes, making him the second most voted candidate in history, but in a context where Biden is first, due to the historical level of participation. In percentage terms, the New York builder lost with 46.8% of the vote, three tenths less than Mitt Romney’s (47.1%) against Barack Obama in 2012 and just 1.2 points above John McCain’s resounding defeat in 2008 (45.6%). The first African American president in the history of the United States won by 52.9% and four years later it fell to 51%. As for the elections previously lost by Republicans, those of 1992 and 1996, the comparison is misleading because a third independent candidate came into play, Texas businessman H. Ross Perot, who died in 2019. The distortion was such that the Democrat Clinton was elected president in 1992 with only 43% of the vote. The data of support for Trump contains one final paradox: the 46.8% achieved in 2020 is almost a point higher than the 45.9% harvested in 2016, which it did reach the White House.

Democrats poke at Congress. Biden’s victory and subsequent expulsion of Trump from the White House allows the Democratic Party to overcome the trauma of 2016, when a seemingly impossible candidate defeated a manual candidate. However, the polls have sent very worrying signals to the Democrats. In the House of Representatives, which they controlled with 232 seats (versus 197 Republicans), they keep the majority, with 222, but have lost a dozen representatives. Republicans have risen to 211 so far, waiting for two seats still to be decided in the air. The dream of regaining the Senate has gone uphill, with a run-off in Georgia that would force them to win both seats at stake in that traditionally conservative area. And that important vote, on Jan. 5, marks the mandate of the new Democratic president, as a Republican-controlled upper house can take up much of his initiatives if he fails to reach consensus. Democrats have also failed to change the state legislature from red to blue. So the party has fared worse than Biden and the internal debate continues: the moderates, like Obama, are warning against too extreme speeches (like the one calling for police cuts) and the leftists, like Alexandria Ocasio-Cortez, indicate poor organization and little field work.

Register here newsletter about elections in the United States