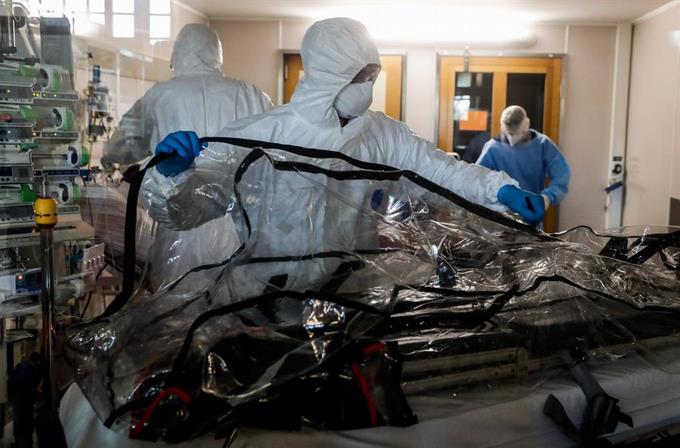 Belgium announced on Monday that the coronavirus variant identified in the United Kingdom had been circulating in Belgium for at least a month, joined by the Netherlands and Italy, which also announced that they had detected that strain.

“This variant is not limited to the United Kingdom, it has been detected in other parts of the world, including the Netherlands and Belgium,” Yves Van Laethem, a spokesman for the technical team against, said at a news conference on Monday. coronavirus.

The virologist added that “there are currently 4 known cases in Belgium and that the detection was made a month ago”.

“It is possible that more cases are circulating in our country and in other countries in continental Europe,” added Van Laethem.

The virologist recalled that this mutation has been known “since September” and that it currently represents “60% of new infections in the United Kingdom”.

“There are other variants circulating in our country and in other countries (…). It is totally normal for the variants to appear” and “eventually to become dominant”, added Van Laethem, who indicated that it is not he knows if the new variant is transmitted more easily and “we still have to wait to have a certain amount of data to see if they are really more contagious”.

The Belgian expert attributed the fact that the variant was identified in the United Kingdom to the fact that the country has “one of the most effective and comprehensive genetic surveillance and research programs in the world”, which allows them to analyze “systematically between 5 and 10% of evidence to know its genetic structure. “

“Many other countries are much more limited in the percentage of samples they study in depth,” said Van Laethem, who stressed that the UK is not the only place where infections are growing significantly, which is also the case in the Netherlands. , Denmark, the Czech Republic and Slovakia. .

In any case, he recommended “not to travel and to limit travel as much as possible”.

Belgium, like Germany, France, the Netherlands, Italy or Austria, Canada or Israel, announced on Sunday that it was temporarily closing air and rail connections with the United Kingdom for at least 24 hours due to the new coronavirus variant detected in that country. .

According to Monday’s epidemiological bulletin, infections in Belgium have risen by 13% in the last week, to 2,547 new cases daily, and deaths have risen by 0.2% symbolically, which is the first time this indicator has gone red in weeks.

However, hospitalizations continue to show a slow rate of decline, 3% per week, and the cumulative incidence increases by 5%, to 292.3 new cases per day, on average, over 100,000 inhabitants in the last 14 days.

“The number of infections continues to rise, but it has not done so quickly for several days. It continues to be a source of concern (…) but now we are not witnessing what we see in other neighboring countries in Europe, with much increase bigger more important, “the spokesman said.

Van Laethem added that “some of these cases” respond to performing several tests, with a weekly increase of 18% to 37,600 daily tests on average and the positivity decreases, although “slowly”, and currently stands at 7%. .