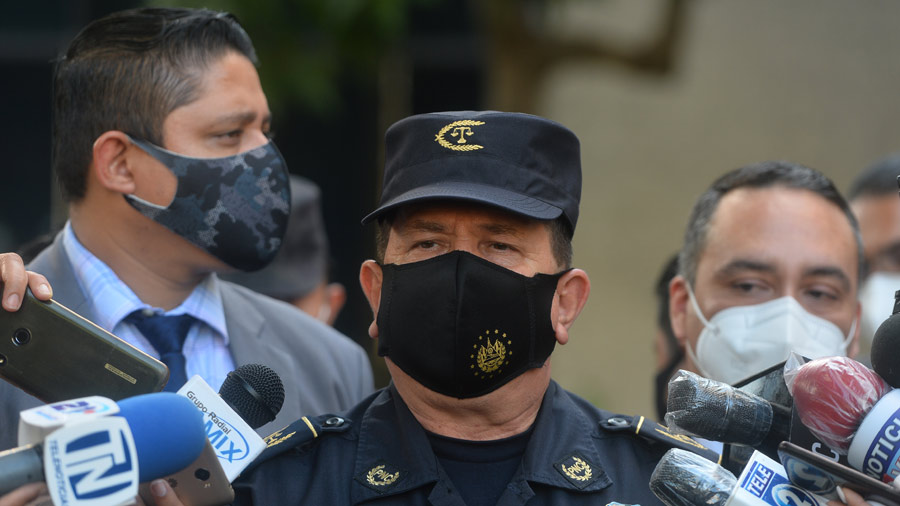 After certifying that he has committed human rights violations, the order is binding. If Bukele does not dismiss him, he would commit the crime of disobedience, warns an FMLN deputy.

Deputies approved yesterday with 58 votes, 10 against and three abstentions the compulsory dismissal of police director Mauricio Arriaza Chicas for “serious human rights violations” committed before, during and after February 9, when he gave the police force to take over Legislative Assembly to pressure MPs for a loan.

The Assembly approved a report showing the “intimidating” role two days before against the legislators and later for their action together with the Armed Forces in the military takeover of the Assembly’s facilities.

You may be interested in: The court set for December 22 the initial hearing against the director of police for breach of duty

This document states that the revocation recommendation is binding because it is the head of public security and because of serious human rights violations.

“Article 159 of the Constitution stipulates that public security will be the responsibility of the national civilian police, it must be understood then that in the case of Commissioner Mauricio Antonio Arriaza Chicas, director of the PNC, this resolution is binding and will therefore be dismissed from this position. this date, under the punishment of engaging the respective civil, administrative and criminal responsibilities ”, it is shown in one of the conclusions of the report approved yesterday by the Assembly.

Cristina Cornejo, from FMLN, explained that Arriaza Chicas has ceased to be director of the PNC since the Assembly approved the report, ie yesterday. He added that if President Nayib Bukele did not comply with the mandate, he would also commit the crime of “disobedience”.

SEE: Arriaza Chicas could be sentenced to four years for breach of duty

According to Cornejo, the report should not go through the Executive, meaning that Bukele will not have the power to veto it, as the Assembly only informs him of the decision taken. “Because it is a single report, it is only communicated to him,” he said.

Bukele spoke yesterday at an event organized in El Mozote. “I am not going to listen to them, because the Constitution does not give them this power,” he said.

According to Cornejo, if Bukele does not comply with the provisions of the Assembly, the offense of “disobedience” under Article 322 of the Criminal Code is punishable by imprisonment from six months to one year and special disqualification for the exercise of a job or charges for equal time.

It seems that Bukele will challenge what was approved by Congress, because last night the Government sent a call for the inauguration of a police station in Corinth, Morazán, where Arriaza Chicas will always be the director of the Police.

Marcela Galeas, a criminal lawyer, mentioned that if Bukele ignored the order, she would have to go through a preliminary process in order to remove the jurisdiction and that the Constitution details the steps to be followed if necessary.

AND: The prosecutor’s office accuses the police director in court of violating his obligations

The report’s findings reflect that the actions taken before and during February 9, 2020, “were an affront to the democratic system and the division of Salvadoran powers, consuming, albeit in a limited time, a real coup against the Assembly.”

That the director of police participated in the “intimidation of deputies” before and at the same time of the “eruption, even coming to knock on the doors of the houses of these officers and sent staff there.”

With regard to the Minister of Defense, Francis Merino Monroy, the Assembly says that he should be “removed from office (…) because he did not represent with his actions the nature and professionalism of the military institute, provided for in the Constitution and the Agreements of peace ”. .

While in the case of Bukele, MEPs point out that a “hostile attitude” towards the Assembly has persisted, through its ministers, who refuse to cooperate in various legislative committees where their presence has been necessary. Nidia Díaz, from FMLN, declared in plenary session yesterday that Bukele committed the crime of “sedition”.

The report says Bukele is using his ministers to implement a “new form of pressure to approve loans and not make transparent the disposition and execution of large funds that the Executive has had this year.”

For all the above, the report emphasizes that they will notify the Prosecutor’s Office of this “emergency” report to investigate the “possible commission of crimes” by the officials cited here and also involves the Presidential Chief of Staff, Manuel Antonio Acevedo and the Chief of Staff of the Armed Forces, Carlos Alberto Tejada Murcia.