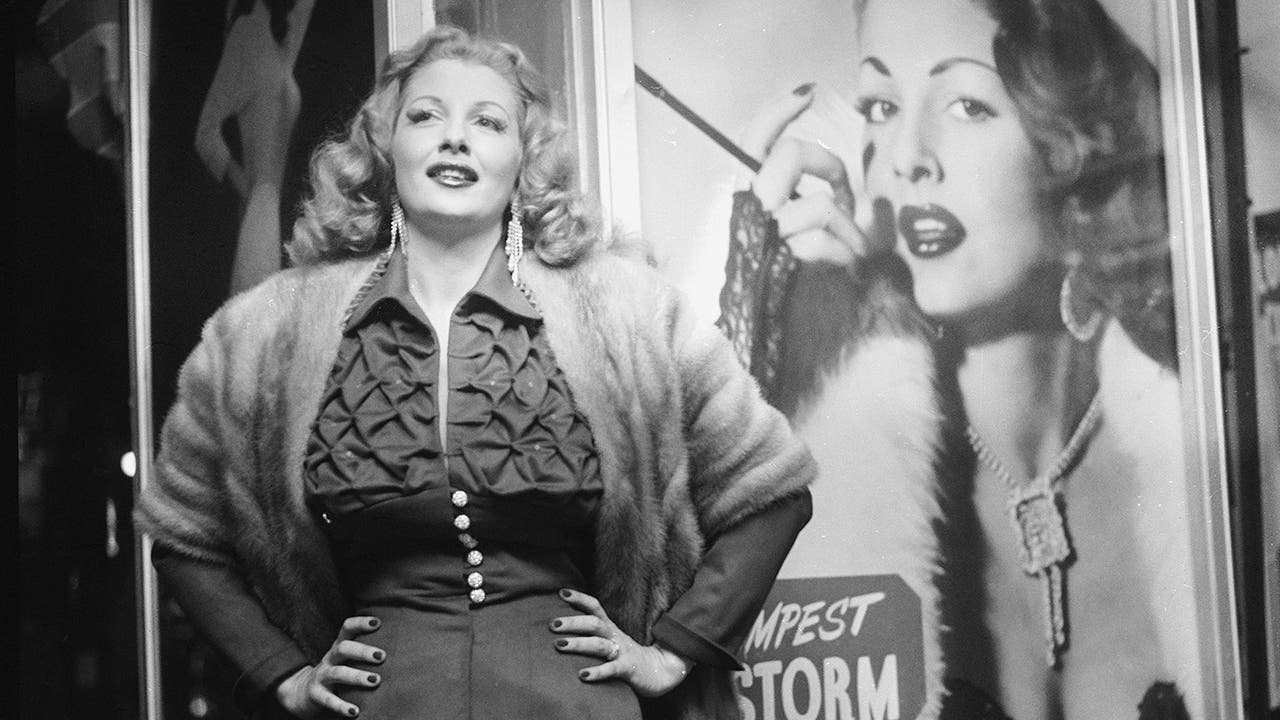 Storm Storm, the fiery redhead known as the burlesque icon who starred in Russ Meyer’s first films, has died. He was 93 years old.

Storm died Tuesday in her Las Vegas apartment, the Las Vegas Review-Journal reported and had been battling dementia for months. She also fought after undergoing hip surgery on April 8 and was cared for non-stop until her death.

“She was the last of the great legends of the golden age of burlesque,” added her longtime friend and business partner Harvey Robbins. “It was perhaps the greatest of all.”

Born Annie Blanche Banks in 1928, Storm left home in seventh grade and moved to Hollywood at the age of 15 to pursue a career. Working as a waitress, a client suggested she earn money as a stripper. She auditioned at the Follies Theater until 1951 and had to choose a stage name – either Sunny Day or Storm Storm.

American stripper Tempest Storm poses next to a promotional poster for her burlesque act in front of a theater, 1954. (Getty Images)

Storm took the world of burlesque by storm and until 1956 was the highest paid performer ever with a 10-year contract at $ 100,000 from the burlesque production company Bryan-Engels.

She eventually took over the film world, starring opposite Bettie Page in Irving Klaw’s 1955 film Teaserama.

“Elvis the pelvis,” she told local media WQAD8 in 2013. “It was 1956. I was appearing at The Dunes Hotel in Las Vegas, which is now Bellagio. I had a burlesque review and he came to see the show. He came and sat down – he had the most beautiful eyes – and we got into a relationship and it was absolutely fantastic. He was a true southern gentleman. Very polite. “

As for JFK, their alleged attack began before he became president.

“I met him in 1957 when he was a senator,” she said. “It was a great relationship. He was a great man in his politics and everything else. I haven’t seen him in years, and the last time I saw him, I said, ‘You’re going to be president.’ and he said, “I hope you are right!” “

Storm was featured in the 2016 documentary “Storm Storm,” which focuses on her career and estrangement from her daughter Patricia, whom she had with Herb Jeffries, a singer with the Duke Ellington Orchestra.

Her final performance was at the Plaza in 2010 for the Burlesque Hall of Fame reunion show, but she hosted the “Las Vegas Storm Burlesque Magazine” a few months later, according to Las Vegas Weekly.

“The crowds went crazy for us and for the burlesque,” she said at the time. “It was like the first time I was ever on stage.”