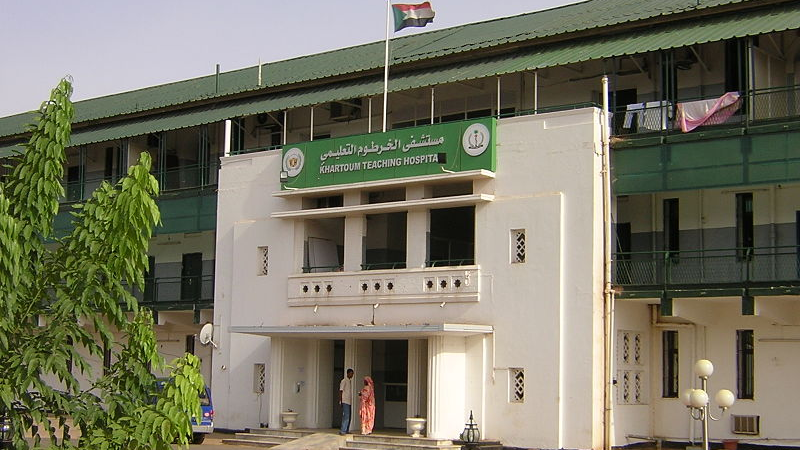 November was a bitter month in Sudan as citizens faced a second wave of COVID-19 in which several well-known figures died. A pharmaceutical deficit and a medical strike to demand better working conditions aggravate the crisis

As of November 1, coronavirus cases began to rise, with 4006 new positive cases in that month, bringing the total number of confirmed cases to 17,810 as of November 30. The death toll reached 1,249. There were 6,259 active cases by the end of November, compared to only 146 cases confirmed in October.

The Ministry of Health has announced several measures to avoid any possibility of a blockade that could send Sudan’s fragile economy into a downward spiral.

Precautions include that corporate and government officials borrow personal protective equipment and hand sanitizer and work at full capacity to comply with social distance. The measures also include the payment of paid leave for those over 55, as they are at higher risk of contracting the virus. The government has also ordered universities and higher education institutes to suspend activities if there is a positive case among students or workers.

Sudan’s Prime Minister Dr Abdalla Hamdok said in an interview with Sudanese national satellite television: “The Sudanese government is not trying to impose a second blockade to prevent the spread of COVID-19, although the second wave of the pandemic coronavirus is more severe in Sudan than the first. “

Sudan has lost many citizens to the virus, including Imam Sadiq al-Madi, who died on November 26 after suffering complications from the virus. Sadiq was the last prime minister-elect in Sudan before the 1989 coup that put Omar al-Bashir in power for 30 years. An official military funeral was held to honor the former supreme commander of the Sudanese armed forces and a three-day mourning period was announced.

Among the official ceremonies are the funerals of Imam Ansar, the former leader of the Umma party and the last first elected official – Sadiq al-Mahdi –
He has mercy and forgiveness pic.twitter.com/hU7UCqtQh6

Among the official ceremonies for the funeral of Imam Ansar, former leader of the Ummah Party and the last elected leader, Sadiq al-Mahdi.
Mercy and forgiveness for him.

Sudanese officials have received many messages of condolence from around the world. The British ambassador to Sudin said:

Shocked and saddened to hear about the passing of Imam Alsadiq Almahdi. A true patriot and leader of the nation. The deepest condolences of all Sudanese for this loss. Allah Yarhamhu. Inna Lillahi Wa Inna Ilayhi Alrajioun.

[Estoy] shocked and saddened by the passing of Imam Alsadiq Almahdi. A true patriot and leader of the nation. The deepest condolences of all Sudanese for this loss. We belong to Allah and we return to Allah.

In addition, several professors and academics died due to COVID-19. Sudan has lost Qassim Osman Nour, a professor of librarianship and documentation at the University of Khartoum. The first minute office honored and Twitter.

Doctors living in Sudan went on strike on November 4.

They are applying for permanent jobs at the Sudanese Medical Committee, which currently recognizes “trainee” residents until they complete formal training. The training program is divided into two tracks. Some start training after paying a fee, skipping a long waiting list and working for two years for free. Others wait indefinitely until the board calls on them to begin a paid training period. Despite this expected process, the salary for such paid training is less than $ 10 per year.

The strike affected 64 hospitals and health centers in Sudan, according to doctors living on strike.

After many days of strike, the resident doctors agreed to the total withdrawal of medical services, including emergencies. As a result, a turbulent story about a patient’s torn uterus circulated on Sudanese social media, according to many news agencies, highlighting the consequences of the strike. There were not enough doctors to treat critically ill patients.

The Minister of Health described as “immoral” the strike of doctors during a public health emergency:

Minister of Health: the complete strike of the doctor on emergency works is unprofessional and unethical https://t.co/FITgSj11XH#sauna # Sudan pic.twitter.com/kVBPqBAqKh

The total medical strike during emergency works is unprofessional and immoral.

Global Voices reported on the pharmaceutical crisis in Sudan. Now, the crisis has been exacerbated by Sudan’s second wave of coronavirus.

A severe shortage of medicines and oxygen threatens the lives of citizens, who often have to travel from one pharmacy to another to find the necessary medicines.

On Sudanese social networks such as Facebook and Twitter, the calendars are filled with requests from people looking for different medicines that are not easy to find.

@ david_john
Where did they throw these pills in Khartoum? pic.twitter.com/3z5bwa2i19

Where can I find these pills in Khartoum?

In response, Health Minister Dr. Osama Ahmed Abdel-Rahim announced the state’s commitment to fund $ 60 million worth of drugs as a first step toward stabilizing the drug shortage in Sudan. However, it covers only 60% of the total value of medicines needed in Sudan. Sudanese hope that this commitment to stability will stop the rise in deaths caused by coronavirus and other diseases.