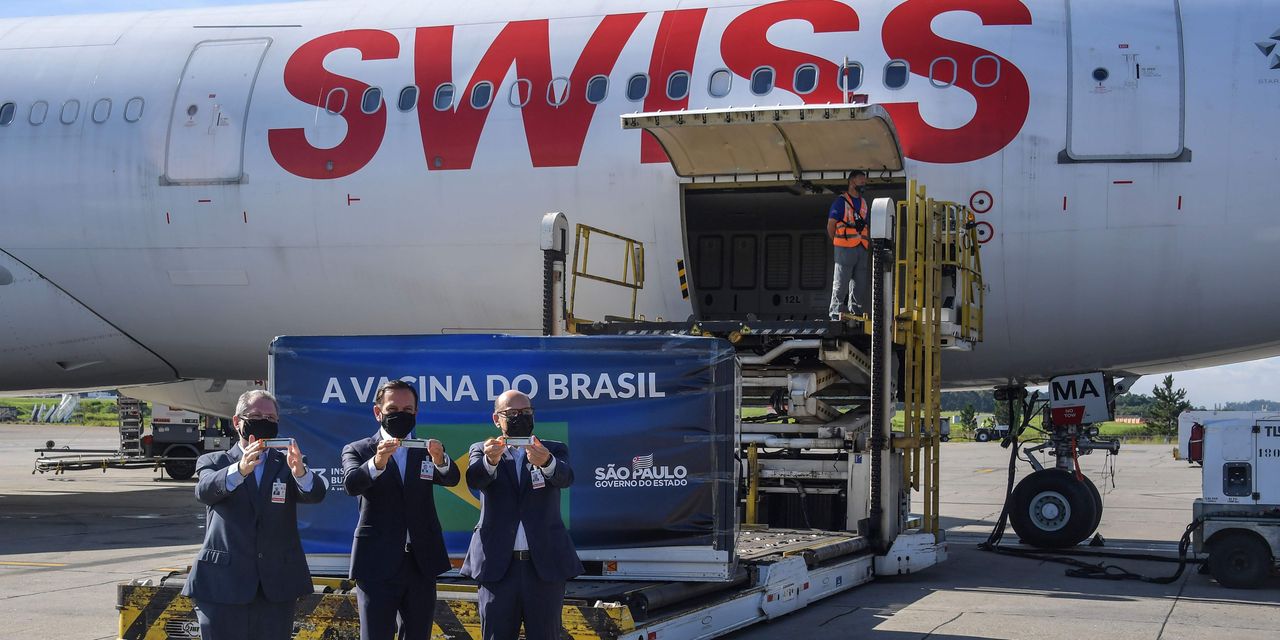 SÃO PAULO – Covid-19 vaccine from Sinovac Biotech Ltd., which scientists hope can help fight the pandemic in the developing world, has exceeded the 50% threshold for efficacy in late-stage studies in Brazil, which it means regulators can give it the green light to use, said people involved in its development.

Brazil is the first country to complete phase 3 studies of the Chinese company’s CoronaVac vaccine, which is also being tested in Indonesia and Turkey. With Covid-19 largely under control in China, vaccine developers in the country have had to conduct clinical trials abroad.

People involved in the Brazilian studies, which completed phase 3 last week, told The Wall Street Journal that the results showed CoronaVac at an effective rate of more than 50%, the threshold for a vaccine to be considered viable by international scientists. . People refused to provide any additional information. But scientists looking to develop the vaccine say it is expected to be comparable to other Covid-19 vaccines that have been shown to be 95% effective in studies.

“Everyone is hoping for an efficiency rate of over 90%,” said Domingos Alves, a professor at Ribeirão Preto Medical School in São Paulo, which specializes in health data analysis. “The results of the first phases of the tests were very good.”