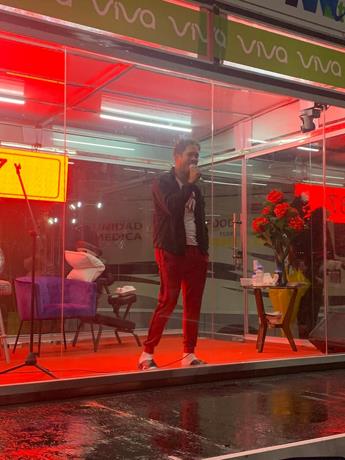 Carlos Silver is already resting at home, after spending a little more than four days singing in the glass house that was allowed in the Juan Barón Square on the Santo Domingo promenade.

“His vital signs, the pressure and especially the mental aspect, we could say that he is one hundred percent perfect at the moment,” Dr. Félix Antonio Cruz Jiminián told this newspaper. in whose clinic the singer was imprisoned after ending the last part of his deed.

Cruz Jiminián explained that Silver asked to be sent home and that after the approval of Dr. Bobby Solomón, the doctor in charge of the team of specialists who provided him with assistance throughout this process, he was discharged.

The psychiatrist of this team, Alexis Peña, follows him, but when he understood that his pattern of behavior was normal, He did not indicate more than a mild sedative if on waking he seems somewhat agitated.

Silver was in the early hours of Wednesday the 16th until noon on Sunday the 20th, trying to dethrone Indian Sunil Waghmare, who holds the record for being the longest-serving singer, certified by Guinness World Records. .

At the moment, Silver and his production team are waiting for the decision of the Guinness judges or judges to know if this time he managed to enter the famous book of exploitations.