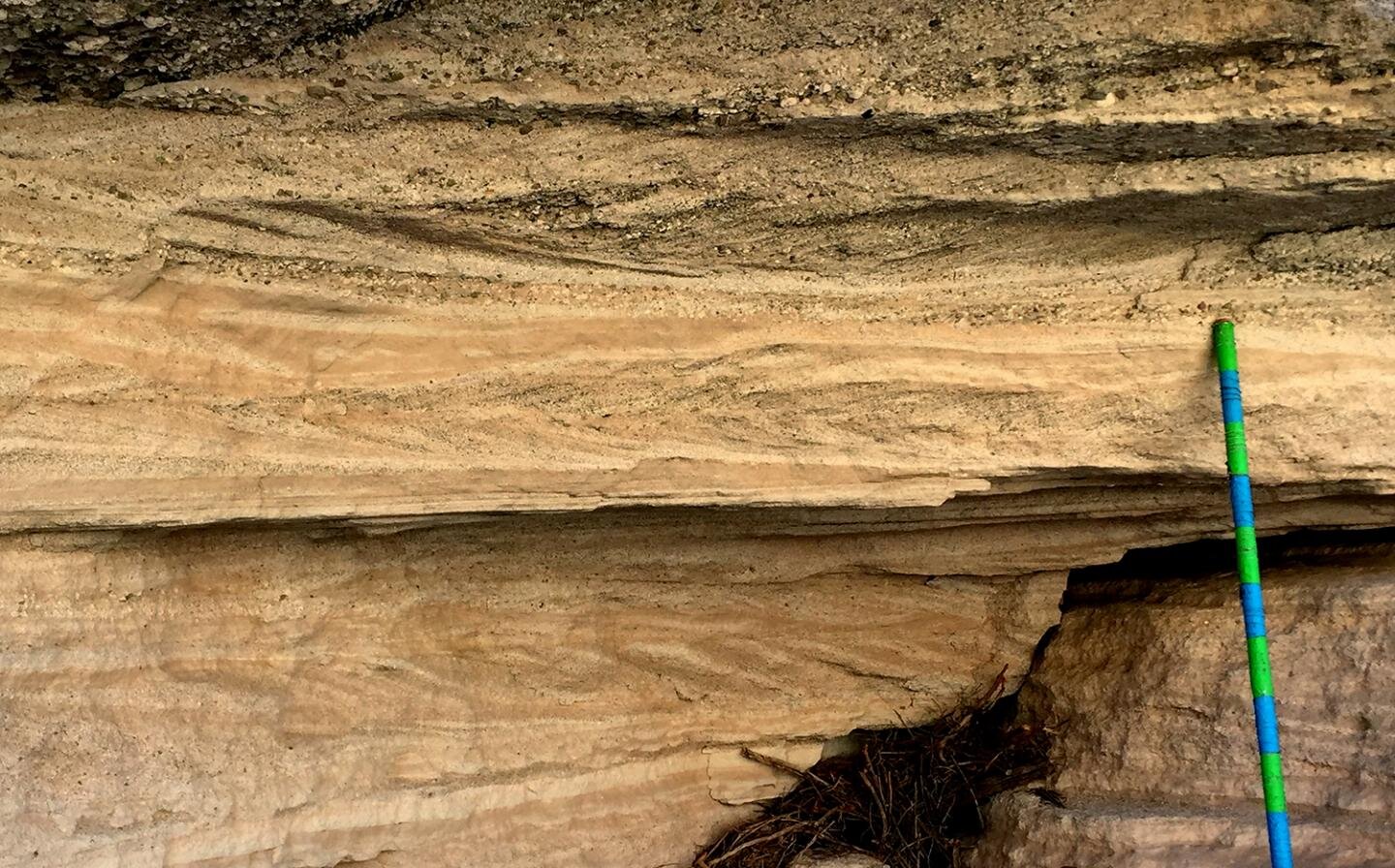 A team led by geologist Rebecca Dorsey of the University of Oregon has published two papers that provide new information about the origins of the Colorado River, using data from ancient sedimentary deposits east of the San Andreas Defect near the Southern California Salton Sea.

The newspapers, run by former master’s student Brennan O’Connell and doctoral candidate Kevin Gardner, respectively, show evidence that the desert landscape in the lower river valley was submerged about 5 million to 6 million years ago, in shallow seas, with strong tide and fluctuating currents flowing back and forth along the course of the current river.

Layers of sedimentary rocks bearing marine fossils, burrows and diagnostic sedimentary structures, the researchers concluded, show a dramatic rise in sea level that drowned former alluvial fans and caused tidal waters to invade the valley before the arrival of the Colorado River and its large volume of water and sediment.

The studies, both funded by the National Science Foundation, were published online before printing in the international journal sedimentology.

The first paper, which was published on October 29 and was led by O’Connell, who is now pursuing a doctorate at the University of Melbourne in Australia, focused on sediments from the late Miocene to early Pliocene Bouse Formation exposed east of Colorado River, south of Blythe, California.

Earlier, O’Connell and a team of UO geologists had found evidence that the Gulf of California once reached as far north as Blythe, as detailed in the journal Geology in 2017.

In the new paper, O’Connell and co-authors describe a rich mixture of carbonate sludge, plant debris, and traces of ancient organisms that record wildwater conditions in which seawater has been diluted by a large influx of freshwater due to precipitation. annual highs before the waters of the Colorado River flowed into the area.

The sediments, they discovered, formed in wide beaches along an old sea coast with a humid climate. They concluded that a sudden transition to low-energy subtidal mudstone is widespread marine flooding, associated with long-term regional sea level rise. They added that the relative rise in sea level resulted from long-term tectonic controlled subsidence.

The combined evidence from paleontology, technology and process sedimentology “provides clear evidence of freshwater intake and wildwater conditions due to the mixture of freshwater and seawater in a humid climate with high annual rainfall,” his team wrote. O’Connell.

The second paper, published on December 5 and led by Gardner, documents tidal sediments of the same age on the opposite side of the same ancient tidal strait. Sediments accumulated where strong daily reversing currents swept north and south along the tidal axis, leading to the migration of large subtidal dunes and deposition of carbonate sands with large cross-beds.

The authors claim that the forms of migratory Danube beds could not have been formed by tidal-like processes in a lake, as some scientists have proposed. The team’s results indicate that after late Late Miocene to early Pliocene deposition, sediments were raised to heights of up to 330 meters above sea level in the Chocolate Mountains due to long-term crustal strain related to San Andreas Defective motion.

“Taken together, our new work provides conclusive evidence that the southern Bouse Formation formed in and around the edges of a tidal strait that filled the lower Colorado River before the arrival of the modern river system,” said Dorsey, a professor in the Department. of Earth Sciences of the UO.

A map of the southern Bouse Waterway, reconstructed from data from both studies, shows that the desert communities from Blythe to Palo Verde, California, were submerged under shallow seas, with strong currents fluctuating in the late Miocene to Early Pliocene.

In 2018, another work led by Dorsey in the journal Sedimentary geology found that the lower reaches of the Colorado River were influenced by tectonic changes in the underlying rock and sea level changes. The river, concluded by this study, experienced a series of stops and debuts in sediment production in the early stages of the river between about 6.3 and 4.8 million years ago.

Provided by the University of Oregon