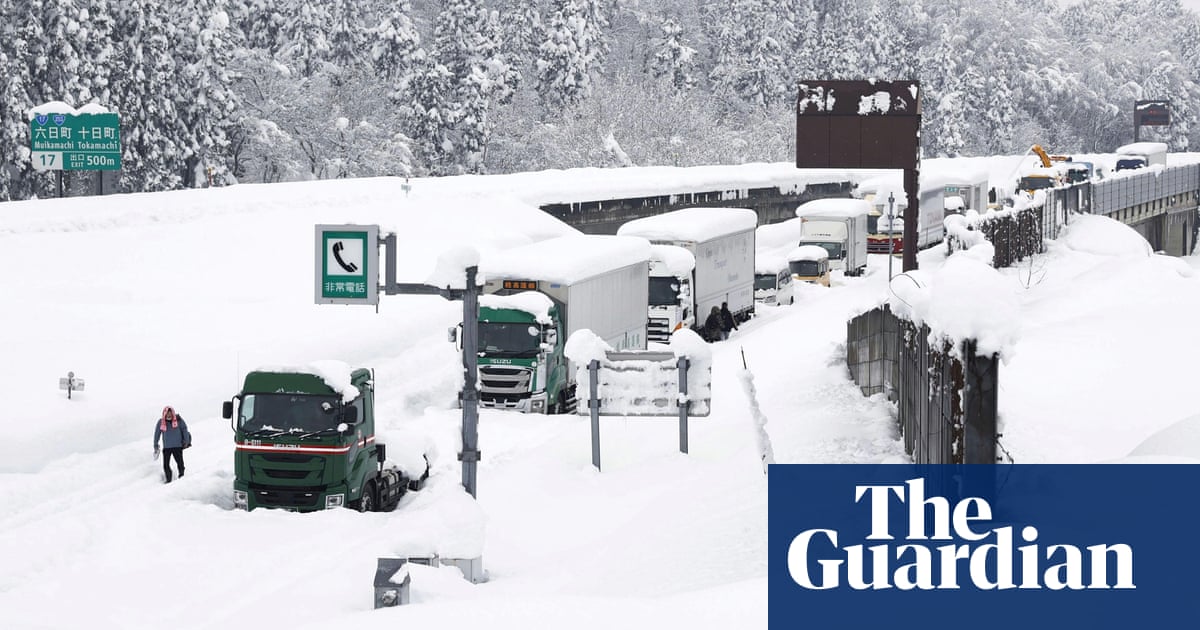 More than 1,000 people in Japan were forced to spend the night in their cars after record snow covered parts of the country.

The first few drivers traveling on a highway linking Tokyo to Niigata off the coast of the Sea of ​​Japan found their route blocked Wednesday night, according to media reports.

The number of blocked cars rose rapidly on Thursday as huge amounts of snow fell in central and northern Japan. At one point, the vehicle line stretched for 16.5 km.

Members of the self-defense forces were called to provide food, blankets and fuel to drivers who were forced to spend the night in their cars.

The Japanese weather agency said heavy snow will continue to fall in the region until Friday and warned drivers to beware of icy roads and avalanches.

Heavy snow in central Japan and along the north coast has also cut off electricity to about 10,000 households, prompting the government to convene an emergency meeting.

The heaviest snow was concentrated in Niigata and Gunma prefectures, which had about 2 meters (6.6 ft) of snow in three days, according to public broadcaster NHK.

Some of the affected drivers complained that they were left in the dark about the efforts to end the blockade.

“I barely slept and I was worried because I had absolutely no information about the situation,” a man driving to Tokyo from his home near Niigata told the Kyodo news agency.

Yoshinobu Wakiya, who was on his way to Tokyo, said he had been trapped in the car for 17 hours.

“I never expect so much snow to fall so fast,” he told Asahi Shimbun. “This is a life or death situation.”

Wakiya said he could not sleep because he had to continue to remove snow from the exhaust pipe to prevent potentially fatal smoke from entering his car.

“I haven’t eaten since last night and I don’t have much water,” he told the newspaper. “I have no information about what will happen. I’m exhausted. I want to lie down and rest in a futon soon. “