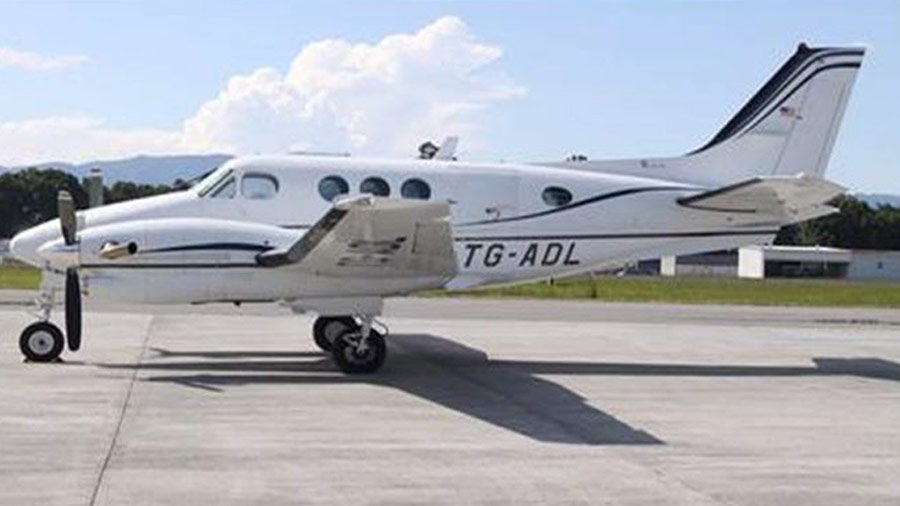 The fugitive received the plane together with “Mecafé” in exchange for the contract for the San Isidro bridge over the Lempa River.

Former President Mauricio Funes received his seventh arrest warrant yesterday, this time the Attorney General’s Office charged a new case of alleged corruption when he received a plane from a Guatemalan businessman in exchange for giving him the contract millionaire for the construction of the San Isidro Bridge over the Lempa River.

Prosecutor General Raúl Melara reported the new arrest warrant via Twitter against Funes, a fugitive from justice and asylum seeker by the Daniel Ortega regime in Nicaragua.

You may be interested in: Prosecutor issues seventh arrest warrant against Funes for alleged corruption in San Isidro bridge project

Aparicio was also involved in acts of corruption in Guatemala, he was extradited from Argentina, where he managed another network of alleged bribery in the criminal case “Construction and corruption”.

The General Prosecutor’s Office pointed out that Funes is accused of a new act of corruption in awarding the construction project of the bridge “Construction of the San Isidro Bridge over the Lempa River (kilometer 75.5 LIB31N) La Libertad-Chalatenango”, a process that began in March 2013 on Ministry of Public Works.

Funes reacted on his Twitter account and denied the tax allegations. “That I am the owner of a King Air plane that, according to FGR, was delivered by the businessman in payment for his grant for the construction of a bridge. If he has none of this, the accusation does not go beyond a vulgar room or a smokescreen to favor the Bukele government “, he wrote on Twitter.

According to the investigation, the construction of the bridge was considered by that ministry “of great relevance” to ensure a better road flow to the southwest with the northern part of the country, because it would connect the municipality of San Pablo Tacachico, La Libertad department. and the New Conception in Chalatenango. The bridge contract was $ 8,487,716.94.

READ ALSO: These are the 6 arrest warrants that the fugitive Mauricio Funes has

Similarly, the tax investigation established that Aparicio Mejía gave Funes Cartagena and Menéndez Avelar “a gift of the aircraft with registration -Beechcraft King Air 90- TG ADL- in order to be favored with the award of the contract.

According to the Prosecutor’s Office, it turned out that the use and ownership of the plane by Messrs. Funes Cartagena and Menéndez Avelar were shared, as the gift was for both of them, who between 2013 and 2016, used it for family trips to the United States, Costa Rica, Nicaragua, Panama, and Honduras even rented it for $ 1,300.00 per hour.

The anti-money laundering unit has confirmed that the following facts will be attributed to Funes and Menéndez Avelar in the new trial: special cases of money laundering and assets; while active bribery for Guatemalan Aparicio Mejía.

Funes allegedly used the aircraft on 16 flights with six destinations to the United States, Costa Rica, Nicaragua, Guatemala, El Salvador, Panama, between March 28, 2013 and October 31, 2014. While Mecafé, it did so on 47 flights with seven destinations: El Salvador, Guatemala, Nicaragua, Honduras, Panama, Costa Rica and the United States, from June 27, 2013 to September 13, 2016.