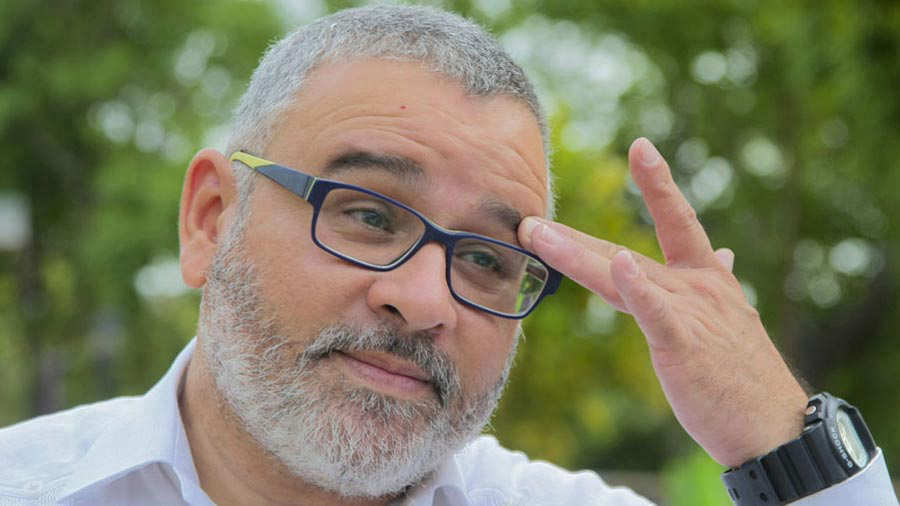 According to the Prosecutor’s Office, the project to be completed in 2013 was valued at $ 8,487,716.94. Along with Funes, his partner Miguel Menéndez and Jaime Ramón Aparicio Mejía, of Guatemalan origin, are accused.

Another case of alleged corruption is added to the history of the crimes of former President Mauricio Funes. On this day, the Attorney General of the Republic issued the seventh arrest warrant against him and three other persons.

According to the Prosecutor’s Office, Funes Cartagena; the businessman, José Miguel Antonio Menéndez Avelar (Mecafé) and the legal representative of the Guatemalan company Servicios Calificados de la Construcción, SA (SERDELCO SA), Jaime Ramón Aparicio Mejía, are allegedly involved in a fraudulent construction project in which the gift of an airplane was delivered.

READ ALSO: These are the 6 arrest warrants that the fugitive Mauricio Funes has

The offenses attributed to them are: Special cases of money laundering and assets for Funes Cartagena and Menéndez Avelar, while active bribery for Aparicio Mejía; as detailed by the Specialized Anti-Money Laundering Unit, UECLA.

According to the Public Ministry, the legal representative of SERDELCO SA offered Mauricio Funes and Miguel Menéndez the Beechcraft King Air 90-TG ADL aircraft to receive the contract “Construction of the San Isidro Bridge over the Río Lempa (Km. 75.5 LIB31N)”, a process initiated by the MOP in March 2013.

This bridge would connect the municipality of San Pablo Tacachico, La Libertad, and Nueva Concepción, Chalatenango.

According to the investigations, the contract was awarded to the Guatemalan company Servicios Calificados de la Construcción, SA (SERDELCO SA), signing it under the design and construction method on October 10, 2013.

The investigation determined that Aparicio Mejía gave the gift of Messrs. Funes Cartagena and Menéndez Avelar the aircraft with recordings -Beechcraft King Air 90- TG ADL- in order to be favored with the award of the contract already described.

Funes Cartagena and Méndez Avelar shared the plane from 2013 to 2016; which they used for family trips to the United States, Costa Rica, Nicaragua, Panama, Honduras and even rented it for $ 1,300 per hour.

As Funes is in exile in Nicaragua, the judge who knows the case will be informed so that he can carry out the appropriate procedure. Similarly, for the Guatemalan, Aparicio Mejía; She will have to be executed by the judge because she is currently in prison in her country, facing a trial for a similar case.

CONTINUE READING: We have already approved the money for Fomilenio II, deputies say

Only in the case of Mr Menéndez Avelar was the national civil police charged with enforcing the order. He was intimidated in La Esperanza prison.

This is Funes’ seventh arrest warrant for asylum seekers in Nicaragua.

The other arrest warrants against him are for public robbery and theft of $ 351 million during his administration; another for alleged bribery of former prosecutor Luis Martínez in the Corruptela case; also to favor the Italian company Astaldi in the construction of the El Chaparral dam; another arrest warrant for the disclosure of the Report on Suspicious Operations in the Case of Former President Francisco Flores; also a fifth tax evasion order; a sixth and most recent case of an armistice between gangs.