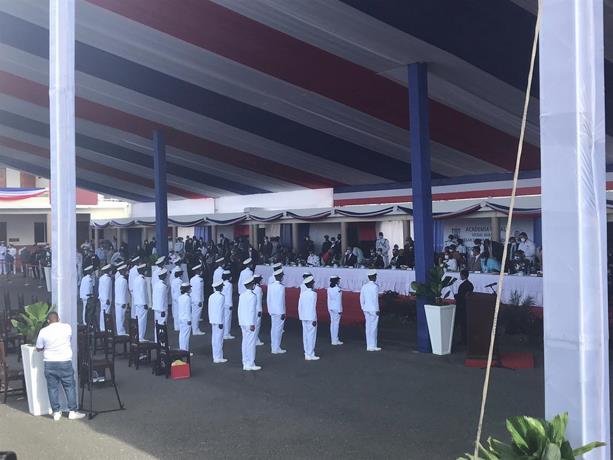 President Luis Abinader led on Friday, this Friday, the sixty-ninth graduation of the military from the Cesar de Windt Lavandier Naval Academy.

Promoting graduates in naval sciences It consists of seven ladies and 20 gentlemen who entered this academy in 2016 and will henceforth serve the Dominican state to exercise control of maritime territory.

While the military’s distinguished recognition was given to Milagros del Carmen Urriola Palace, Panama.

From the hands of the president, the 27 lieutenants received the commanding sword.

“I want to greet you and congratulate you,” said the president of the mothers of the graduates, who a few minutes before they had given the children the new kepi during the exaltation of graduation.

The ceremony was attended by the Minister of Youth, Luz del Alba Jiménez; the head of the Ministry of Higher Education, Science and Technology, Franklin García Fermín; and the mayor of Santo Domingo Este, Manuel Jiménez.

The Argentine ambassador, the Panamanian ambassador and senior officials from Colombia and the United States also attended the graduation.