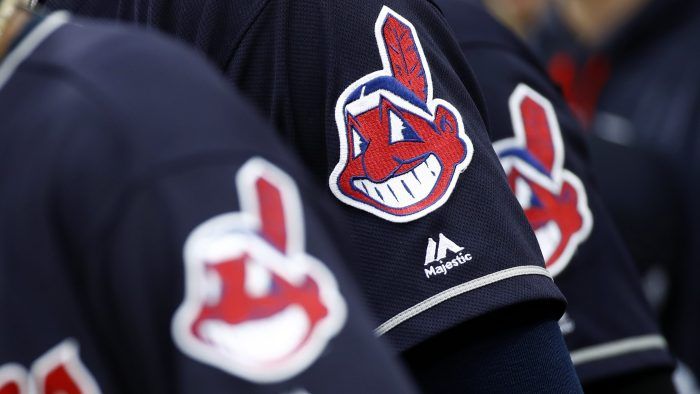 Last week we celebrated when the Cleveland Indians decided to change the name of the baseball team starting in 2022, although it is not clear why the team considers it necessary to wait another year before doing so.

His movement underscores what many have been saying for decades: There is no significant dividing line between the blatantly racist name of the Washington football team and nicknames such as Indians, the brave and the bosses who claim to honor Native Americans. They have no excuses. All Native American pets must be eliminated.

To many fans of the sport, it may seem that the assault on Native American pets came suddenly, as the last manifestation of the so-called “culture of cancellation.” But indeed, recent announcements in Washington, Cleveland and many universities and high schools are the culmination of a decades-long effort by activists and academics to demonstrate the evil of Native American cartoons in sports and entertainment. It’s been 30 years since St. John’s University abandoned its Red Men pet and 48 years since Stanford University changed its nickname to the Indians.

When the nicknames of Native Americans were adopted at the turn of the last century, the equipment owners and journalists who chose them did not do so to honor Native Americans. Nicknames, mascots and accompanying cartoons were meant to be funny or intimidating, but never honorable. They implicitly associated indigenous peoples with animals. At the same time, sports teams adopted nicknames for Native Americans, the federal government was trying to eradicate Native American cultures by eliminating or assimilating them into boarding schools. The Boston Braves (now Atlanta) were named after an owner who liked to dress in fake native costumes at political rallies. The name was not intended to honor Native Americans but a Delta Tau Chi gown party honors the ancient Romans.

And even though many fans in Cleveland, Atlanta, Kansas City and Chicago sincerely believe that these nicknames are honorable and beneficial to Native Americans, the data says otherwise. The latest and greatest research indicates that people who strongly identify as Native Americans find pets, “hatchet” and headband fanatics overwhelmingly offensive. Studies by Stephanie Fryberg and others have shown the harm that Native American cartoons and stereotypes do to young Native Americans. Native pets are also harmful to non-natives, cultivating implicit prejudices and continuing the stereotypical thinking cycle.

Supporters of harmless team names also claim that they play an important role in preserving the memory of the native culture. First, the culture of Native Americans is not a memory. Native Americans exercise their sovereignty in the United States, addressing environmental damage, entering the media, and reinventing traditional cultural practices, to name a few. They have established roles in business, government, technology, academia and sports. It exists in Reservations and in major cities. The fundamental problem of Native American pets is that they hide all the success and diversity of the Indian country behind the stereotypes of wild naked warriors. Not to mention the total elimination of Native American women, prominent matriarchs who lead their communities and tribes.

The native mascot is so ubiquitous that, apart from Pocahontas or Sitting Bull, it’s hard for us to believe that humans know of any other reference to Native Americans. Pets will not change that. We are confident that no one who did not see the Kansas City chiefs last weekend will see the tips of the arrows in their headphones and think, “I wonder if Indigenous communities face unique coronavirus challenges.” Or “Isn’t it great that a Native American has finally been nominated for Secretary of the Interior?”

We are thrilled that the Atlanta Braves have started working with Native communities and it is great to see that the Chicago Blackhawks include an appreciation for Native American pitch at the start of their home games. But we can’t help but wonder why not all teams do the same thing. It’s not that the New York Jets are the only team honoring the military.

Does it really benefit the native community? Or is it to obtain public permission and approval for its continued dehumanization of an entire group of people? Connecting and hiring modern Native Americans should be a goal for all professional sports franchises, not just those with a shameful history of cartoons and stereotypes.

Cleveland has acknowledged that it is time for a change. We hope that others will follow soon.