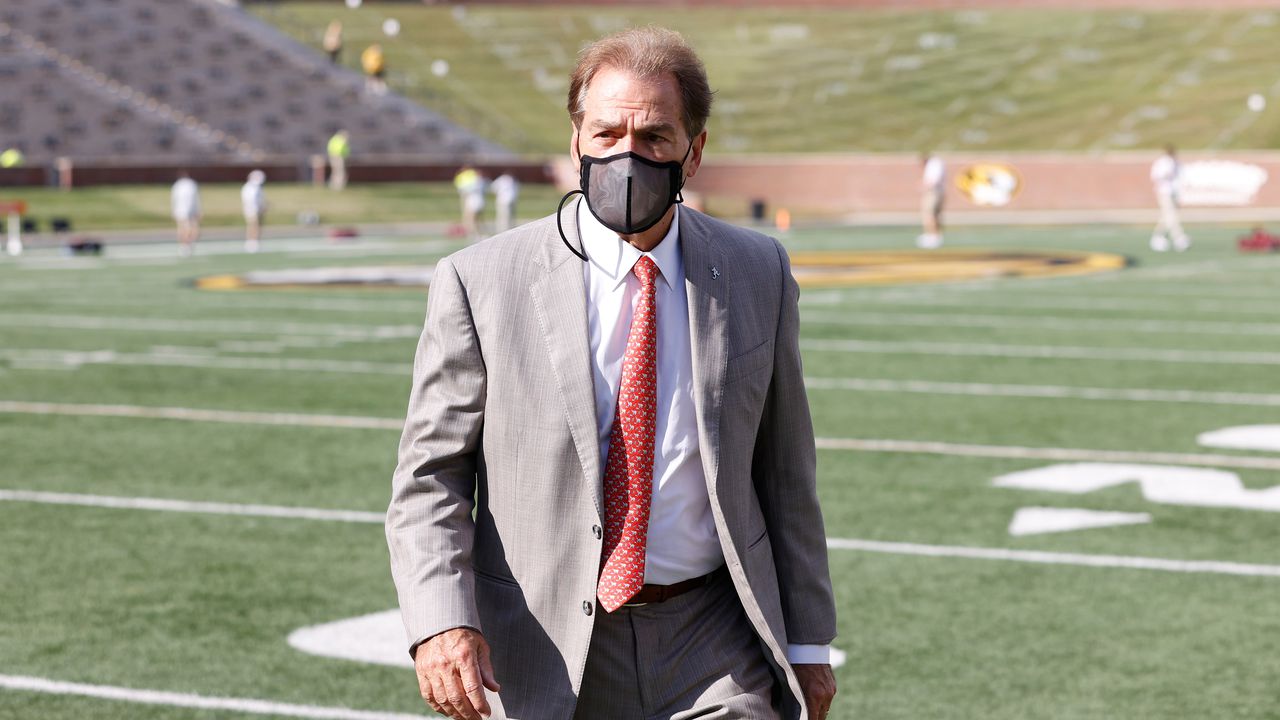 When Alabama began practicing in August as part of just three Power 5 conferences planning to play football at the time, Nick Saban asked for “something or someone” to bring college football together under one roof.

“One of the things that I also think has proven more than anything else this year is that we should have a commissioner for college football – at least for the Power 5 conferences,” he said during his radio show. Thursday evening. “Because all these conferences have set different rules for how we can play the season.

“Not that I would have an opinion on whether or not he should get into the playoffs – because I won’t go that route – but you will have teams that have played six games and other teams that have played 11 or 12 games and will have to make a decision on which of these teams has a chance to be in the playoffs. I don’t care how you make the decision, it won’t be totally right for anyone. “

The teams currently ranked in the top three of the college football playoffs – Alabama, Notre Dame and Clemson – will play all 11 games until the end of the respective conference championships on Saturday. Nr. 4 Ohio State will reach six games, while No. 5 Texas A&M will play nine games due to a COVID-19 cancellation and does not qualify for the SEC championship game.

“If you had someone gather them all and say, ‘OK, that’s how we’re going to do this.’ It will be the same for everyone, “it would probably be a little fairer, fairer for everyone involved,” Saban continued.

The field of four CFP teams will be announced on Sunday at 11 am CT.

Mike Rodak is a drunk reporter from Alabama for Alabama Media Group. Follow him on Twitter @mikerodak.