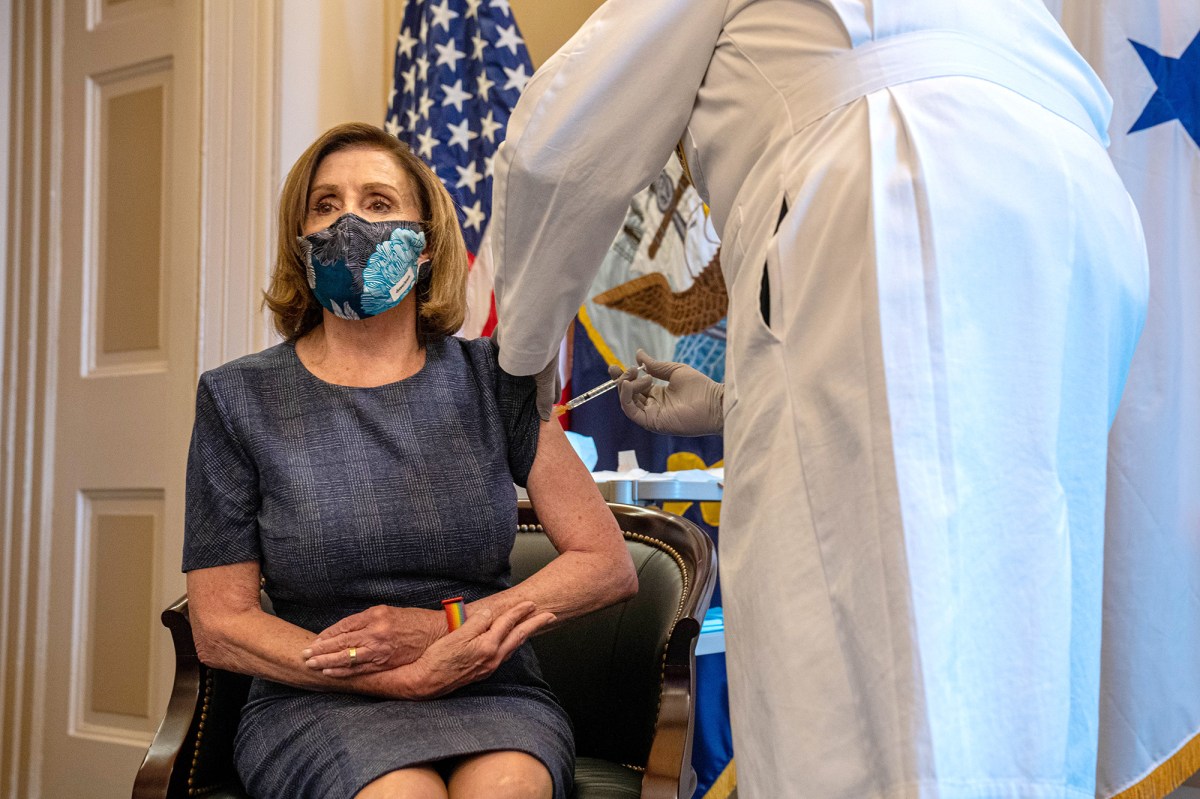 Congress leaders are among the most senior government officials to have been shot, following in the lead of Vice President Mike Pence, who was vaccinated on live TV earlier Friday.

“Today, with confidence in the science and under the direction of the attending physician’s office, I received the COVID-19 vaccine,” Pelosi tweeted, along with photos of herself receiving the vaccination.

“While the vaccine is distributed, we must all continue to wear masks, social distance and other science-based steps to save lives and destroy the virus.”

The 80-year-old California Democrat’s announcement was soon followed by an announcement from McConnell, 78, who wrote in a tweet that he “had just received the safe, effective COVID vaccine according to continuity of government protocols.”

“Vaccines are how we beat this virus,” said the Kentucky Republican.

The Capitol physician, Dr. Brian P. Monahan, administered the shot to Pelosi and McConnell and informed all members of the House and Senate that they are eligible under the government’s continuity guidelines.

Lawmakers were asked to make arrangements with his office to be vaccinated.

President-elect Joe Biden will receive the vaccination Monday in Delaware, along with his wife Jill. Elected Vice President Kamala Harris and her husband, Doug Emhoff, will get it the following week.

President Trump has not yet received the vaccine. On Monday, he tweeted, “I’m not scheduled to take the vaccine, but I look forward to doing it at the right time.”