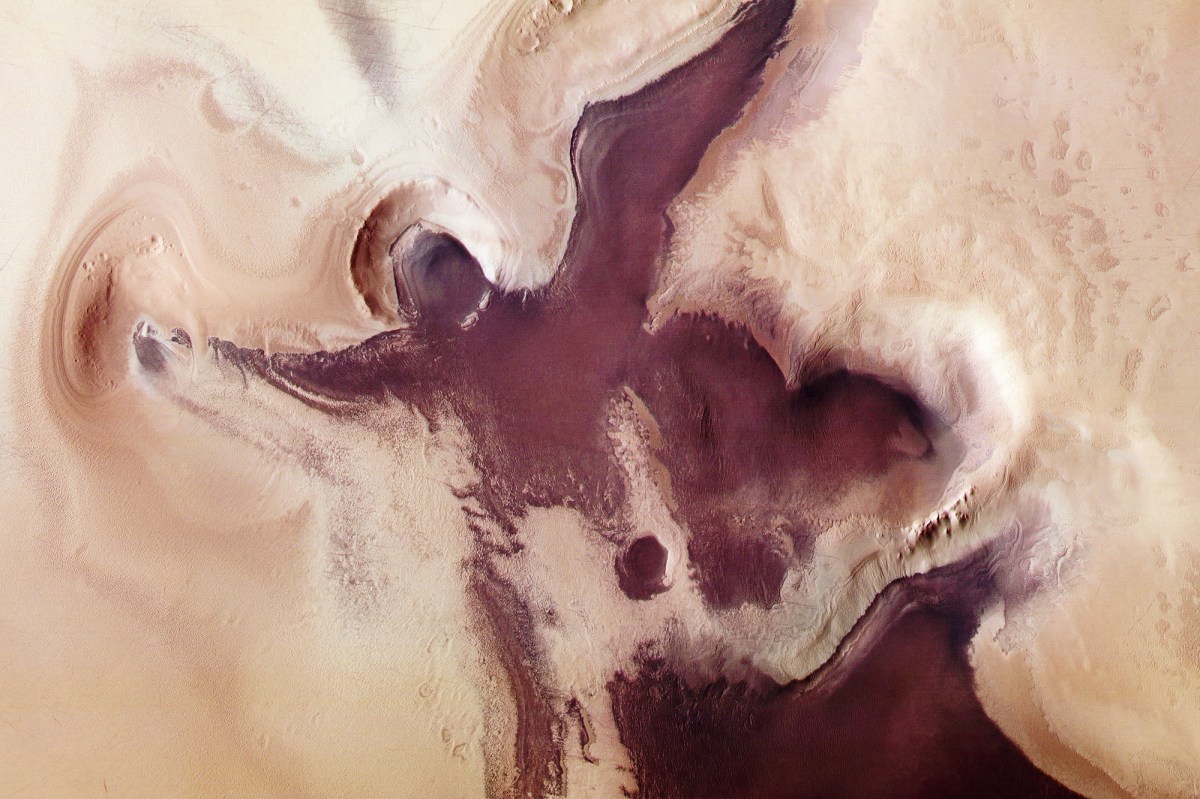 The European Space Agency has discovered an “angelic figure” on the surface of Mars.

Scientists were using the Mars Express spacecraft to observe around the south pole of Mars when they saw what appears to be a snow angel formation on the ground.

Researchers may have felt festive when they pointed out that the formation appears to have a halo and two wings.

A heart shape to the right of the “angel” was also highlighted.

ESA said in a statement: “The defined wings of an angelic figure, completed with a halo, can be seen sweeping up and out of the top of the frame in this image.”

The colors are due to the different types of sand in the area.

An enhanced color image was also released by ESA.

It is said that the angel’s left hand is stretched out in a “sublimation pit.”

This happens when the ice on Mars turns into vapor and leaves a depression on the surface.

ESA added: The “head” and halo are formed by an impact crater, created as a body in space flew inwards to collide with the crust of Mars. “

There are also signs that the surface is disturbed by strong wind formations called “dust devils”.

The Red Planet is known for its rugged surface and many people believe they saw mysterious objects there.

An unusual crater on the dusty slopes of Mars’ Pavonis Mons volcano was once chosen by two space scientists as a prime location for aliens.

NASA says the “unusual” feature “appears to be an opening to an underground cave.”

An image of the hole was first made by the Mars Reconnaissance Orbiter in 2011, and scientists have been studying it ever since.