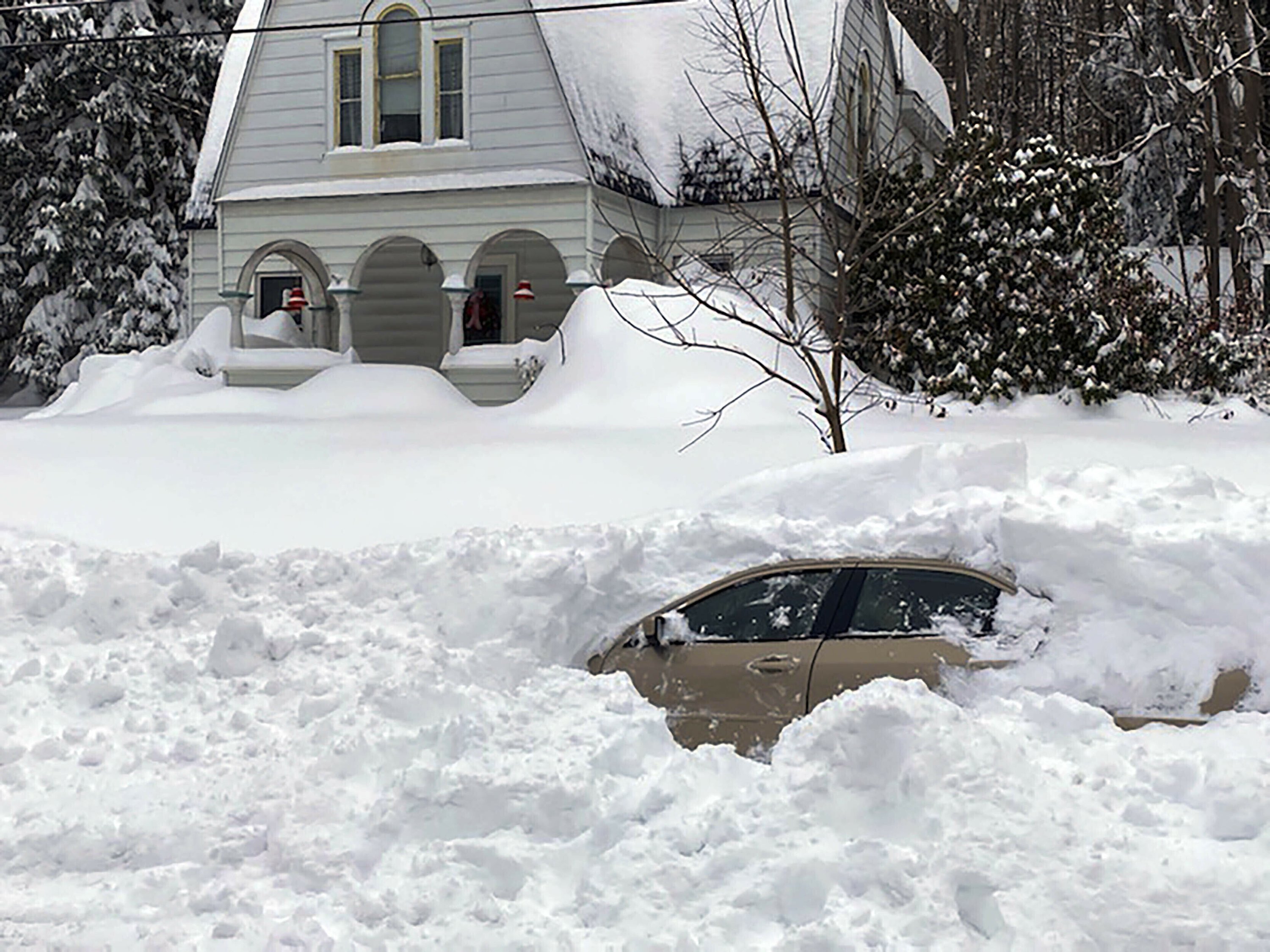 NEW YORK (AP) – A man driving off the road in this week’s blizzard was trapped in his car for 10 hours after a passing plow and rapidly accumulating snow buried it, eventually managing to get a 911 call. and was rescued in the nick of time by a New York state soldier.

Kevin Kresen, 58, from Candor, drove off the road in the town of Owego and was “ plowed in by a truck, ” state police said.

“If he had been there for another hour, his body temperature would have dropped, and I am convinced he would not have made it,” said Sgt. Jason Cawley, who saved the man, said in an interview.

Kresen drove into a ditch around midnight and called the emergency number until the wee hours on Thursday, but struggled to connect. The vehicle was shut down completely, authorities said, leaving Kresen without heat.

“He finally got through it a few times and got geolocated, but not very well because of the spotty reception,” Cawley said.

First responders limited the call to a three-mile stretch of the Susquehanna River in Owego, outside Binghamton, which received more than 40 inches of snow during the storm. The storm covered Kresen’s car with snow and at least one crew passed while it was trapped.

Cawley climbed miles of snowdrifts, finally on one that looked slightly different and stood in front of a house. At first he thought he was looking at a row of mailboxes.

“I reached in to see what address I was at when I hit the side window of a car,” Cawley said. “I was a bit shocked because I was actually almost on top of the car.”

The 22-year-old state police veteran cleared the glass and asked if anyone was inside.

“My heart leaped,” Cawley said. He dug Kresen out with the help of a passerby.

Kresen was suffering from hypothermia and frostbite and had gotten to the point where he stopped shivering, Cawley said.

“That’s a really bad place to be when your body is no longer making heat and trying to warm itself up,” he said.

Kresen, whose speech was slurred, was helped into a marked police car and then driven to an ambulance, where he began to warm up.

“He was grateful to have been pulled out,” said Cawley, calling the case his “first Arctic rescue.”