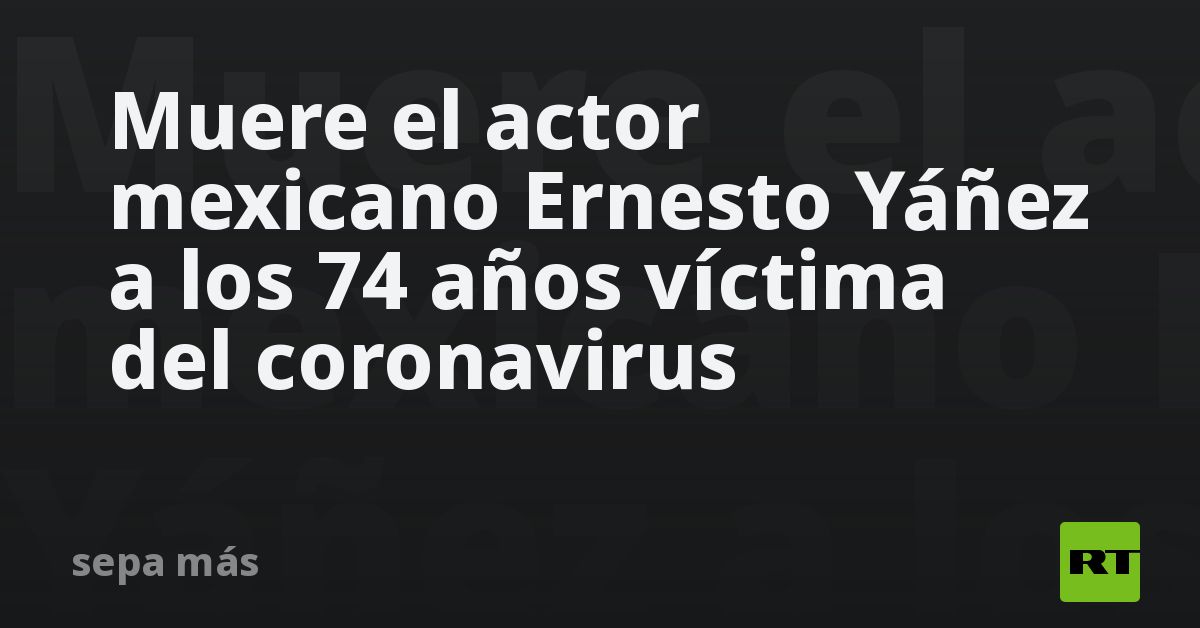 Renowned Mexican actor Ernesto Yáñez Trujillo died on Thursday, at the age of 74, at home, where he had been treated since last week for complications related to covid-19, local press reports.

In his more than 50 years of experience, Yáñez has participated in more than 60 film and television productions, including “Pastorela”, “Principio y fin”, as well as in “Empire of the Force”, with which he will win. in 1987 the Ariel Award for Best Film Actor.

@andactori Deeply regrets the death of our colleague Ernesto Yañez Trujillo, a member of our union, which took place today. Condolences to your family and friends. Rest in peace pic.twitter.com/cMo8oCwEEN