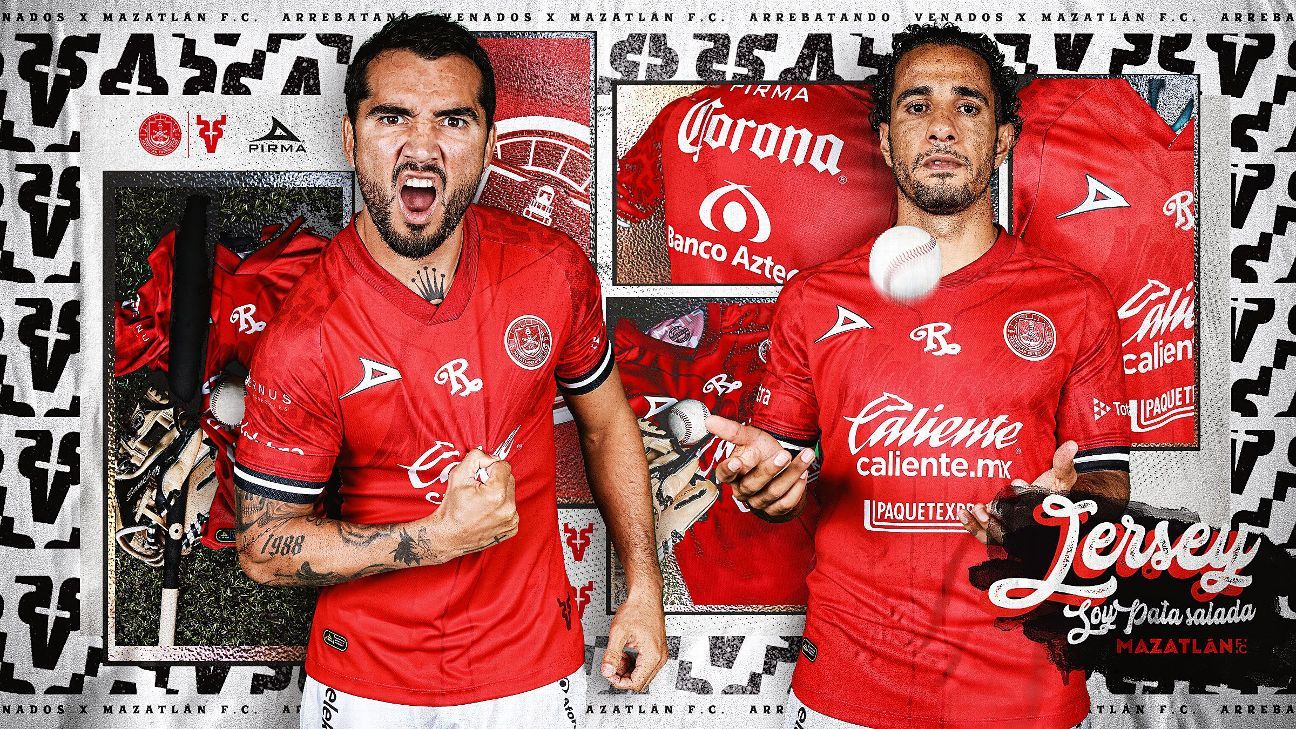 Venados de Mazatlán revealed a purple shirt a few days ago as part of the merger with the Mazatlán FC team, and this afternoon the MX League team presented its red jersey inspired by the baseball team.

Both Mazatlán FC and Venados have combined the two sets of different disciplines to generate a greater sense of belonging among the original teams of Sinaloa.

After the presentation of the link was made at the Marshal Teodoro Stadium, the Mazatlán team made a virtual presentation by sharing the special edition clothing through their followers and the media.

Through a video on his social networks, the vocalist Banda el Recodo, “Poncho” Lizárraga, described some of the characteristics that a person who is considered “Pata Salada”, a characteristic nickname of the Mazatlán baseball team, must have.

The video shows emblematic places of the port of Mazatlán, in addition to the main customs and events that characterize the city of Sinaloa.

“What does it mean to be Pata Salada?” The thinking face of Ser Pata Salada is pride, it is tradition, it is baseball, it is @ElRecodoOficial, it is to be from @venados_mzt, it is simply to be from MAZATLÁN ”, the club reported on its social networks.

With the legend: “Pata Salada soy jersey”, the MX League team will have a new outfit, in which the colors in red and white with bright black predominate, representative colors of the Mazatlán FC shirt.

This union of the Venados team with the Mazatlán team is the first time that the baseball team creates a union with another team, so it will be the only time in their history when they will change their traditional colors.