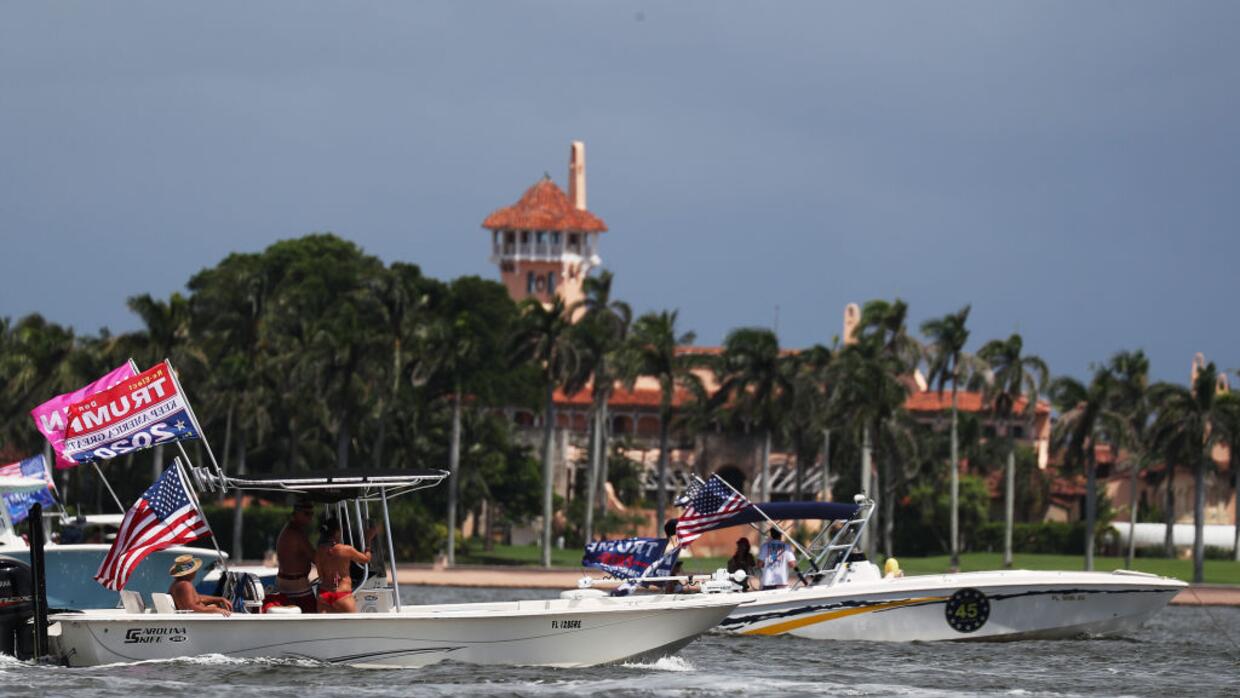 In a letter to Palm Beach City Hall, where the club is located, and also addressed to the U.S. Secret Service, a group of neighbors confirms that Trump has no legal right to live in Mar-a-Lago Following an agreement signed in the early 1990s, the magnate turned the farm into a private club and promised it would not be used as a permanent home.

According to the letter from residents of the wealthy area, the city should take this step to avoid “an embarrassing situation” for the outgoing president if he moves into the club after leaving the White House and is later ordered to leave.

“Palm Beach has many beautiful properties for sale, and we are confident that President Trump will find one that meets his needs,” said the lawyer in the letter to the city government to which he first had access. The Washington Post and of which other media have reported.

During the years of Trump’s presidency, several neighbors have complained about traffic congestion, streets blocked for security, and other complications related to Trump’s visits to his private club.

While Trump himself or his close team has not made any statements on the matter at this time, a spokesman for one of his companies told the Post that “there is no document or agreement prohibiting President Trump from using Mar-a-Lago as his home. “.

However, a document signed more than 25 years ago seems to indicate otherwise.

A deal to save your finances

The official claim filed by Trump’s Palm Beach neighbors is based on an agreement signed by the tycoon and the city in 1993, when the cost of maintaining Mar-a-Lago as a home got out of hand for Trump, whose finances were slipping.

It was then that he signed an agreement that stated, among other things, that the members of the club they are not allowed to spend more than 21 days a year in guest suites and spend the night there for more than seven consecutive days.

Trump’s first proposal to resolve the cost of the place had been divide the property into several luxury homes and they rent or sell them, but conservationists, neighbors and local officials prevented the alteration of the historic building, which is the heritage of the place, and their plan could not be carried out, so the tycoon sued the city council.

Ultimately, Trump managed to resolve the matter by converting the property into a private club, the only idea the authorities accepted, albeit with suspicion, to keep the place. As part of the deal, his attorney said Trump will only “be a member of the club and have the right to use their rooms,” according to a previous report from the US. The Washington Post.

Since then, the title of the place has been registered to a business entity he managed called Mar-a-Lago Club, Inc., and it could only be used as a single family home if the club fails and closes.

This is stated in the then signed document regulating the use of this incredible building, in accordance with the Washington Post, who had access to the release of public documents.

Trump has tried to change it

This user agreement requires the club to have fewer than 500 members and report each year if at least 50% of them live or work in Palm Beach. However, the city says it has no data on the reports from four of the past twenty years.

On several occasions, Trump has tried to change parts of that agreement and in 2018, taking advantage of his position, asked the city to waive a provision prohibiting him from building a pier at the club, claiming that the Secret Service and law enforcement agencies The local population needed the structure for security reasons. Then they recognized that it was for the private use of the president and first lady, so neighbors insisted it not be enforced and the president eventually withdrew the proposal just after the Washington Post published a report stating was announced what was agreed in 1993.

During his tenure, Trump spent more than 130 days in Mar-a-Lago, according to a newspaper report, in clear violation of the agreement, although the city has not objected. In addition, he claims on the Trump site website that he has private rooms in the club, which is also against the agreement.

Complications for the Secret Service

Like any president of the United States, Trump and his family will remain protected by the Secret Service after his departure, which must prepare all the necessary conditions for the family’s installation in Mar-a-Lago, so if Trump is ultimately prevented from To move to the club, the agency should start elsewhere.

The country’s former presidents have a small group of Secret Service agents who guarantee their lifelong protection to the point of occupying a space close to the family, such as a separate room on the property, in addition to implementing certain essential reforms. the House. they are going to occupy.