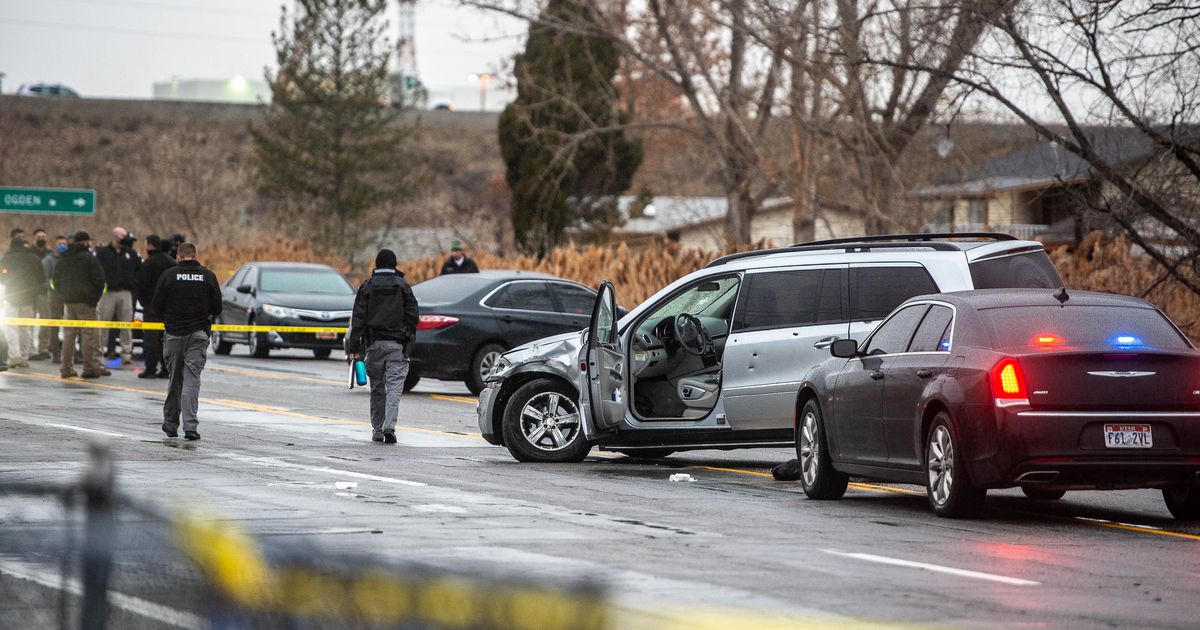 The man’s injuries were not life-threatening and he was jailed after he was released from hospital.

When state agents shot a man in Salt Lake City on Thursday, it was the 30th shooting this year and a nearly 2-year record for the most Utah police shootings since the recent recall.

The shooting took place after agents from the State Bureau of Investigation did “covert work”, saw someone in a silver Mercedes van “participate in an alleged narcotic activity,” said Lt. Nick Street, spokesperson for the Public Security Department.

The officers tried to pull the person aside, but the man drove off and officers didn’t give chase, Street said. The officers soon found out that the driver had an active arrest warrant.

They later saw the van again and followed it to Rose Park, where police shot the driver after “some sort of exchange had taken place” on Morton Drive, near 700 North.

Street said he did not know what happened during that confrontation because it was investigated by another agency. He said it looks like the man was “grazed” by police gunfire.

After the shooting, the driver pulled out at 700 North, near the I-215 ramp, and crashed into a white FedEx truck. Then the police arrested the driver. He was taken to hospital and has since been released and imprisoned.

The Mercedes bus was parked in the middle of the street on Thursday evening, trimmed with yellow police tape and the driver’s side laced with bullet holes.

West Valley City is investigating the shooting, according to a valley-wide protocol that requires an outside agency to investigate all police shootings.

There was only one month this year – November – that passed without an officer firing on anyone anywhere in the state.

The last time the Utah police shot at 30 people in a year, the attorney general’s office announced an investigation to investigate why, because if they didn’t, the office said, “we won’t know how. we have to respond if the trend starts to repeat itself in the coming years. “

However, due to problems collecting reports and other data on the shootings, the office never completed the investigation.

While 2020 equals the record for most police shootings in more than a decade, it is the second deadliest with 17 fatal shootings. In 2018, police shot 19 people, according to a Salt Lake Tribune database of police shootings.