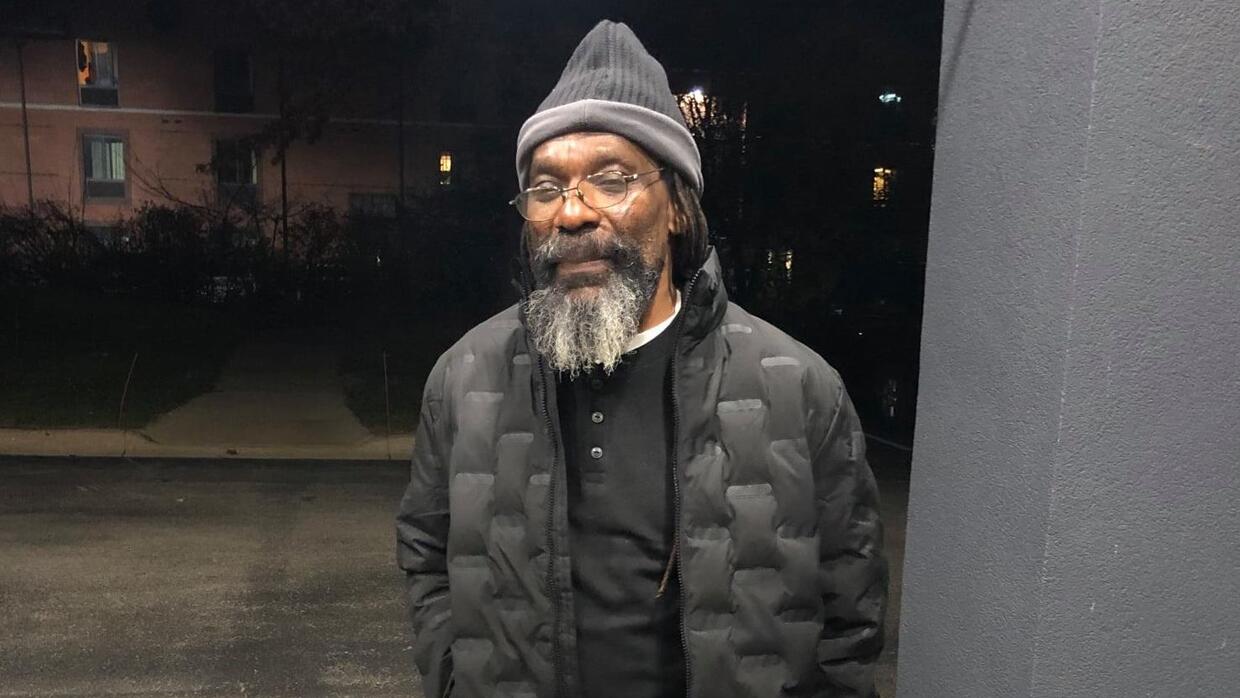 When Walter Forbes heard a witness withdrawn in court on the basis of which he was sent to prison 38 years ago, he couldn’t help but keep his emotions in check. A smile passed on the face of this 63-year-old man who left the Kinross Correctional Facility, Michigan, with complete freedom and is now with his family.

“I said, Oh finally! It was moving, very moving. I’m grateful for what you did. I wish you could move on with your life. From what I understand, once you got the chance, in this phase of life, he wanted to relieve himself of this burden that he has been carrying for 38 years. And I don’t think it made life easier for him, “said Forbes, quoted by ABC news.

In 1982 Forbes was a technical drawing student. In a street conflict outside a bar in the city of Jackson, he got between two groups. One of the men, Dennis Hall, retaliated the next day and shot Forbes four times.

While on bail for the shooting, Hall died in a fire in his apartment. His fiancé managed to escape with their young daughter.

According to court documents, investigators on the spot found a gasoline container and evidence of accelerators on the first floor of the building.

Forbes said he learned of Hall’s death while listening to a morning radio show, but suspected he would be charged. “That thought popped into my head,” he told CNN.

Three months after the fire, Annice Kennebrew, a witness, told prosecutors that she had seen Forbes and two other men carrying cans of gasoline near the building during the fire and saw fuel pouring around it, according to court documents.

After listening to Kennebrew, the police arrested Forbes and charged with arson and murder. In May 1983, a jury convicted him on charges and a month later he was sentenced to life in prison without parole.

An arsonist may have been to blame

In July, Jackson County Circuit Court Judge Thomas Wilson threw out the conviction, ruling that Forbes was entitled to a retrial after attorneys at the University of Michigan Innocence Clinic presented new evidence in support of an appeal.

During a two-day evidence hearing, Forbes attorneys showed that David Jones, the owner of the Forbes apartment building, was charged with arson and was convicted in 1990 of a strikingly similar fatal fire in neighboring Livingston County.

Jones, who died that year, pleaded guilty to the charge of conspiring with a partner to set his home on fire and collect insurance, according to court documents in the Forbes case filed by ABC news. The alleged arsonist was found dead in the charred ruins, according to the documents.

The couple charged with conspiring with Jones in the Livingston fire “told police they were aware of David Jones’s role in the 1982 Jackson fire,” court documents said and agreed to deal with Jones. to work together because he allegedly did. experience with arson and insurance fraud.

A secret was kept for 38 years

Forbes attorneys, who have worked on the case for over a decade, also referred to as Kennebrew, the prosecution’s chief witness against her client, to testify.

Kennebrew was detained via Zoom on June 8, 2020, testifying that she fought cancer and wanted to reveal a secret.

‘I wanted to do this. I’ve put up with it all these years, ”Kennebrew testified, according to an interrogation transcript.

Kennebrew told the judge that he was withdrawing the sentencing testimony he gave against Forbes and two other men in 1983.

When asked why he retracted his testimony, Kennebrew, referring to Forbes, said, “Because that man is there for nothing … for something he hasn’t done and I’m old enough to know.”

In 1982, Kennebrew was a 19-year-old single mother and testified that one day after the fatal fire in Jackson, she was approached by two men who repeatedly threatened to harm her and her family if she didn’t go to the police and tell them they Forbes saw. and the other two men set fire to Jackson’s apartment.

“You have to think, I was young, I was stupid. They had already terrified me,” Kennebrew testified.

Forbes was released from the Kinross Correctional Facility in Michigan, but had to hold an eight-day quarantine for Covid-19. He walked out the prison door on November 20 with a suitcase full of legal notes and books.

Regarding the witness who charged him nearly 40 years ago, he said, “I have no grudge against her and I forgive her for being a victim too. I don’t see her doing that voluntarily. She was forced to do it.”

Despite the fact that the witness may have committed perjury by giving false testimony, both Forbes and her lawyers said ABC news they don’t want to take revenge. “We don’t want that,” said one of the Innocence Clinic lawyers.

Now, in addition to what he calls his “super family,” the ex-con confirms, “I lived in the knowledge that one day I would be free.”

During the time he was in prison, he learned meditation and says it helped him face his punishment at the worst of times. “One of the things that got me through it was to meditate and never lose hope, knowing that I was getting one step closer every day,” he said.