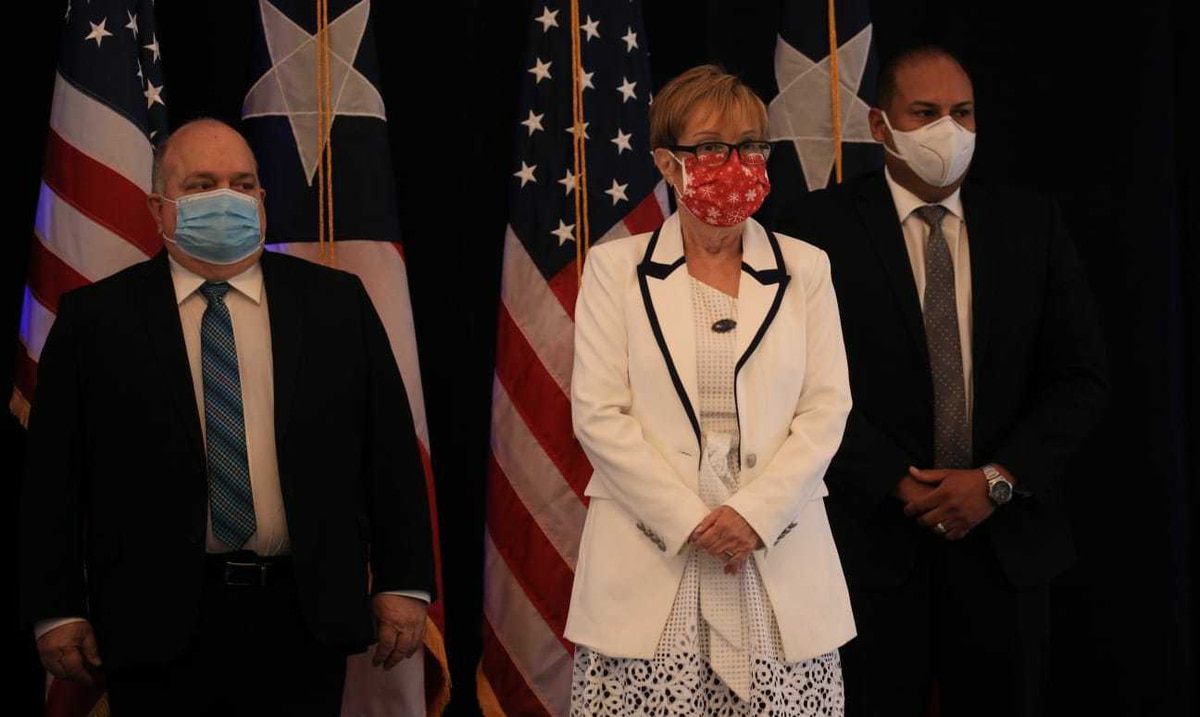 Governor-elect Pedro Pierluisi made five appointments today, three of which relate to the Department of Public Security (DSP), which will be led by Alexis Torres, who was Deputy Director of the United States Department of Homeland Security in Puerto Rico .

Pierluisi also appointed the Attorney General and left María Conte as director of the Institute of Forensic Sciences.

Below we describe the professional experience of each:

He is currently the regional director of operations for a national and international security company in Florida. Previously, since 1996, he worked in the Immigration and Customs Control Service’s Office of Internal Security Investigations (ICE-HSI) as a customs inspector, special agent and supervisor. He holds a bachelor’s degree in Business Administration with a concentration in Accounting from Ana G. Méndez University. He is also a graduate of the United States Customs School of Undercover Operations.

He held that position under the management of Luis Fortuño and currently heads overall control. He joined the State Election Commission (CEE) as director of the Office of Education and Training, which is responsible for guiding government officials, parties, voters, students and university students who would later be registered on approved manuals, a task that has served as the electoral body for years left. He later became a deputy administrator of the CEE and later special assistant to the former president of the CEE, Juan Ernesto Dávila Rivera. It stayed in that position when President Francisco Rosado Colomer arrived in the EEC. She worked with Vilma Rosado, Director of the Administrative Council for Absence and Early Voting, handling the requests and then the counting until she was removed from office for lack of control. Before working in the government, he owned the Conchita Supermarkets, they even passed bankruptcy law in 2007.

She holds a bachelor’s degree in Business Administration with a concentration in Human Resources from the Central University of Bayamón and a master’s degree from Metropolitan University. He is an Executive Fire Officer accredited by the National Fire Academy. He has been a member of the Fire Department since 1998 and has held a variety of positions, including Sergeant in charge of the Metro Fire Station, Chief of the Cataño Station, and Lieutenant of the San Juan District. He is currently director of the Department of Public Security in the municipality of Cataño.

María Conte, Director of the Institute of Forensic Sciences

He has undergraduate studies from the State University of New York and the University of Puerto Rico, where he earned a bachelor’s degree in political science. He also holds a Juris Doctor from the University of Puerto Rico School of Law. He was a legal assistant in the private practice of the current Judge of the Court of Appeal, Gerardo Flores García, a legal assistant to the Central Investigation Panel of the Supreme Court of Puerto Rico, and an attorney at a law firm in San Juan. From 2013 to 2016, he was the chief legal officer of the Associate Supreme Court Judge Edgardo Rivera García. Since January 2017 he has been a legal advisor at the governor’s office.