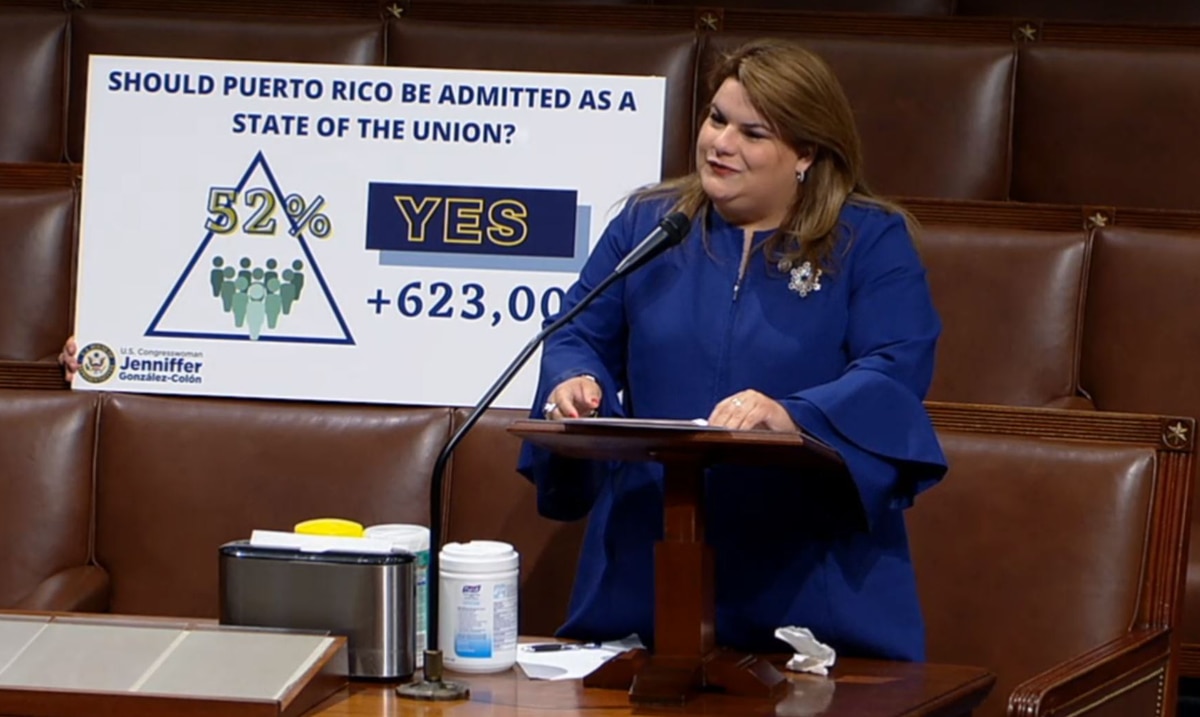 The letters – which brought together various organizations and leaders of the New Progressive Party (PNP) – demanded “to respect the will of the majority of Puerto Rico’s voters who have applied for admission as a state of the Union”.

When they asked the next federal government for the immediate admission of Puerto Rico as a state, the organizations alluded to the Nov. 3 Creole plebiscite, in which 52% of voters supported this option.

The demand was dismissed last July by the United States Department of Justice, which found it violated federal law and order by not including the other status alternatives and misleadingly claiming that it was seeking immediate admission of the island as a state.

Last month, for the first time in history, the island’s voters were asked if ‘Puerto Rico should be admitted to the Union immediately as a state’ and 52 percent of the voters, more than 620,000, said ‘Yes’. Now Puerto Rico has spoken, Congress must immediately begin acting on that mandate, ”they indicated in the letter sent Thursday.

They added that “most Puerto Ricans, like all Americans, want to be treated equally before the law and have an equal say in the government that regulates their lives,” but stressed that “only Congress has the power to act in accordance with the clear and democratically expressed will of the Puerto Rican people ”.

The letter to Congressional leaders was sent to Chairman Nancy Pelosi; Senate Republican Majority Leader Mitch McConnell; Charles Schumer, leader of the Democratic Minorities in the Senate; the head of the Republican Minority Chamber, Kevin McCarthy; the chairman of the Natural Resources Committee of the House of Representatives; the next Republican leader on that committee, Bruce Westerman; the outgoing chair of the Senate Committee on Energy and Natural Resources, Lisa Murkowski; and that committee’s Democratic leader, Joe Manchin.

McConnell has stated that as long as he monitors the Senate agenda, he will never give way to proposals to make Puerto Rico or Washington DC states. Grijalva said he will not prevent a status debate in the next session, but it will take a chance of success to advance a proposal in favor of a state for the island.

Outgoing governor of Puerto Rico, Wanda Vázquez Garced, has signed bills that put the PNP legislature – in which González and Rodríguez operate – in the hands of elected governor, Pedro Pierluisi, calling for a new referendum and also scheduled for May 16, an election to elect lobbyists in favor of a state.

In addition to the local committees of Republicans and Democrats, the letter has been signed by 16 other groups from the island and the diaspora, including the director of the PNP’s National Mission Institute, Representative José Aponte Hernández; Executive Director of the Puerto Rico Statehood Council and former Deputy Director of the Puerto Rico Federal Affairs Administration (PRFAA) George Laws García; Luis Matos, from Renacer Ideológico Estaista; and Elvin Méndez Rosa, President of the State Revolution Movement.

On the other hand, the chairman of the equality committee, former Governor Carlos Romero Barceló, sent a letter to Congress and to Georgia Senate Democratic candidate Jon Ossosf, also calling for a state for Puerto Rico.

Ossosf has supported the state, but after speaking with former Democratic Congressman Luis Gutiérrez (Illinois), he indicated that he favors a status process as proposed by Puerto Rican Democratic Congressmen Nydia Velázquez and Alexandria Ocasio Cortez.

The Velázquez and Ocasio Cortez Project would link Congress to a status convention convened by the Puerto Rico government.

“It seems to me that some claim they represent Puerto Rico and want the best for them, but only when it suits them and those interests are in line with their agenda,” said Romero Barceló.