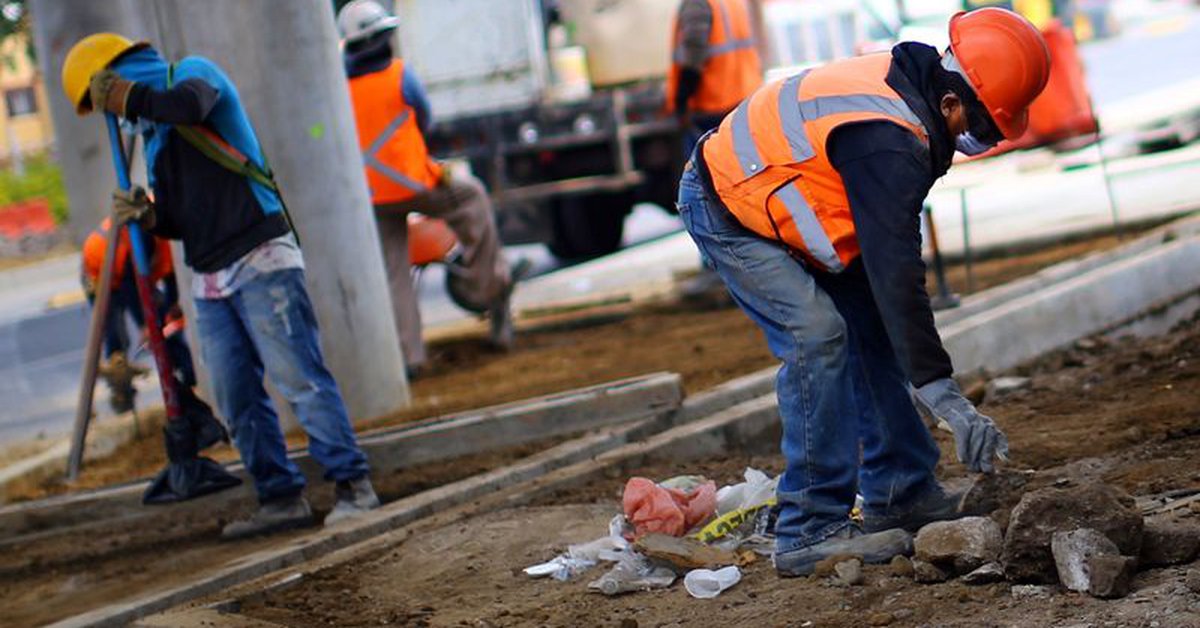 For at least ten years, Latin American labor markets have regressed with The COVID-19 crisis, which has destroyed at least one in ten jobs, has triggered unemployment at the highest level in decades and set record lows in terms of employment and labor force participation.

The scenario corresponds to the International Labor Organization (ILO), which on Thursday presented its report “Overview of Labor 2020” for Latin America and the Caribbean, a document that once again confirmed that the region was most affected by the pandemic in economic and economic terms. whose consequences on the labor market are unprecedented.

“We came back ten years ago ten months ago”IOM director for Latin America and the Caribbean, Vinicius Pinheiro, said the withdrawal had meant more than anything in losing the advances made in recent years in women’s participation in the labor market and reducing child labor.

“The impacts were devastating and we will arrive in 2021 with jobs in intensive care. This crisis is very different from others due to its size and breadth, as it affects all sectors.“He added the ILO official, whose report offers the worst employment outlook in the region since its 1994 annual publication.

The report estimated that Latin America will end in 2020 with an unemployment rate of 10.6%, equivalent to 30.1 million people, an increase of 2.5 percentage points compared to 2019. The figure represents 5.4 million more unemployed than last year, and the highest level of unemployment in decades.

Youth unemployment rose by 2.7 percentage points to 23.2%, a level never seen before: close to one in four young people was unemployed at the end of the third quarter of 2020.

The forecast for 2021 is no better, as unemployment could reach 11.2%, as most of those who lost their jobs did not immediately look for a new job and were therefore left out of the market. waiting for the economic recovery to return. In this situation I am about 23 million people who not only lost their jobs but also entered the labor market indefinitely.

“It is such a sudden and incomparable crisis that unemployment tells us only part of the story,” IOM said, with an unprecedented drop in the labor force participation rate of -5.4 percentage points to 57.2%. , an all-time low at the end of the third quarter of 2020.

Women were affected in greater numbers than men as it decreased the participation of women in the Latin American labor market was -10.4% compared to -7.4% for men.

The total number of employees and self-employed decreased -6.8% and -8.9%, respectively, but the impact was strong in other occupational categories, such as employers (-9.8%) and internal services ( -19.4%), an eminently female sector.

Prolonged school closures, the longest in Latin American history, have also put some 300,000 children at risk of falling into child labor., warned Pinheiro, who said it would be a matter of “looking with a magnifying glass” in 2021.

However, the worst moment of the crisis seems to have been left behind in the second half of 2020, but the IOM director for the southern cone, Fabio Bertranou, recalled that “we are still far below the pre-pandemic situation”.

“What is clear is that the crisis will leave some scars and lasting effects for many years. When there are workers who are unemployed for a long time, they lose their skills and difficulties are generated in order to have a complete insertion “, added Bertranou.

These gross effects of the pandemic are due to pre-existing conditions in the Latin American labor market, which have exacerbated the consequences of the crisis, such as informality, limited fiscal space, large social protection gaps and high inequalities.

WITHOUT HEALTH THERE IS NO JOB

The report also set out guidelines for the recovery of labor markets as soon as possible and the reform to avoid a similar decline in the face of a new attack similar to that of covid-19.

The first thing for IOM is that “There is no dilemma between maintaining health and economic activity, because without health there is no production or consumption.” Pinheiro emphasized that he also considered social dialogue essential, because “no one will come out of it alone, alone”.

The “2020 Employment Outlook” thus called for a rethinking of the international model of economic integration, the promotion of environmentally sustainable technological development, the promotion of entrepreneurship and formalization, and employment policies that respond to new realities.

With information from EFE

Due to COVID-19 advance, Uruguay will suspend entry between December 21 and January 10

Brazil has more than seven million cases of coronavirus