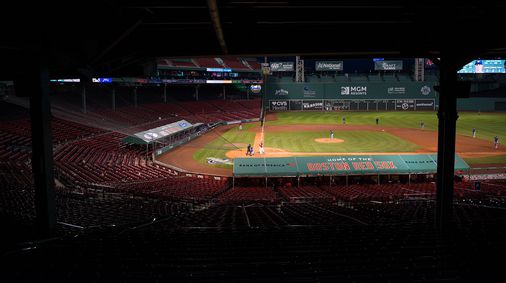 The year that lasted so long and offered so much harm, finally managed to be the right one. Atlanta Braves, you are next to the bat and only the tick will grow stronger. Blackhawks and Warriors, you’re on deck.

Was anyone shocked by the Indians? Not. And honestly, this is the biggest surprise here. The announcement came and went with little objection or fanfare, either to her or to Cleveland, or anywhere else. The first move came two years after the club decided to drop the Chief Wahoo logo from its branding, then spent the following months worrying about whether it could live like the franchise previously known as the Indians.

Eventually, acceptance came faster than a Bob Feller fastball, about the late 1930s. All the fuss suddenly seemed so stupid, so mundane, such a grand waste of time. It’s okay now, the new name … on.

We have to worry about such big things, right? There are few things that can shock our sports world or mind, not in 2020, not in the torrid crisis of a pandemic that, on Monday, the same day, the Cleveland TBD realized that it could live under a different name. , claimed 300,000 US dollars. victim.

After all the death and despair of the last nine months, the good news is that we seem to have realized that some of these things that seemed so monumental to us – such as the name of a team and the resemblance to drawings animated logo – just no longer worth even bluster and bother. We try our best to stay alive, wearing masks, washing our hands, focusing more on checking local listings to find out how soon we could be vaccinated with COVID-19 than to know when the pitchers show up. and receptors to spring training.

Indeed, the sun will set, the sun will rise, and the players will appear in Florida and Arizona … eventually. If not February, then maybe March, possibly April. Anytime. They will get there.

We just had a full season, albeit a short one, in the major leagues, with a noise preserved by the crowd that resounded through our stadiums and the cardboard-cut fans who were putting in place. It was weird, awkward, empty. However, somehow we did, although sport is what sport is, some Flatbush elders probably complain that it would have been much better if their bullies had won everything for Brooklyn and not LA.

If the Red Sox announced this weekend that their days at Fenway are over, that a new stadium in Back Bay is on the way, let’s say, for the 2025 season, would we be shipwrecked? Oh, some of us, for sure.

The old joint opened in 1912, in case you haven’t heard, and we have one thing here for history … and an immortal love of shitty chairs and lines more bizarre than a mirror of fun.

I just think the nuance and shouts between the Red Sox Nations would be only a fraction of what they would have been a year ago, before the news of a mysterious disease began to flow from Wuhan. We have changed. We have changed in ways that we are just beginning to realize, in ways that we will not fully understand for years after the pandemic.

Giving up yesterday today is not what it was yesterday. Not after the brutal transport he’s going to take in a new year.

Of course, there are other solid reasons beyond the COVID-19 factor, which might be easier to accept for slipping into plans for a new Fenway. To identify a few:

▪ The persistent wreck of the train of a 24-36 season (even some of the cardboard cutouts sought protection for witnesses).

▪ The initial rotation, with the Who is who list, which became Who are they?

▪ The general lack of power of the stars. The list sizzle gave way to the fizzle.

Right now it seems like a long way back for the team originally known as the Americans in Boston. If correct, the promise of a new park could help short-term buoys. Fans would be broadcasting to Fens across the country for the final looks. The “Field of Dreams” would be an inverse factor. If you say you’re going to take her down, they’ll come. Oh, they will come, they will definitely come.

If we were suddenly Cleveland, and the term “Red Sox” was considered pejorative and socially unacceptable (approached here in the early ’60s), which would be harder to see that the team has to teach name or give up the stadium?

It would be easier for the heart and soul to accept the Americans in Boston (or another new name) who still play at the existing Fenway or the Red Sox, who have been operating under the same name since 1908, playing in a dazzling new park, with 42,000 seats, dynamic views, bright bathrooms and enough electrical outlets to bring Nikola Tesla to tears?

For now, there is no need to answer anything. If you’re wondering, the vote here would be for the old team in a new park.

All we really know is that the day will come when Fenway needs to be replaced, either the cracks cannot be repaired or, more likely, the property will accept the economic fundamentals caused by snatching 21st century MLB revenue from a small stadium open its doors to a few hours after the Titanic climbed into its belly.

We also know from the lessons we learned in 2020 that these should be our hardest questions.

Once all this is behind us, it should be easier for us to let most things go. Except for the Yankee wish. Not even a threat to the existence of humanity can take that away from us.