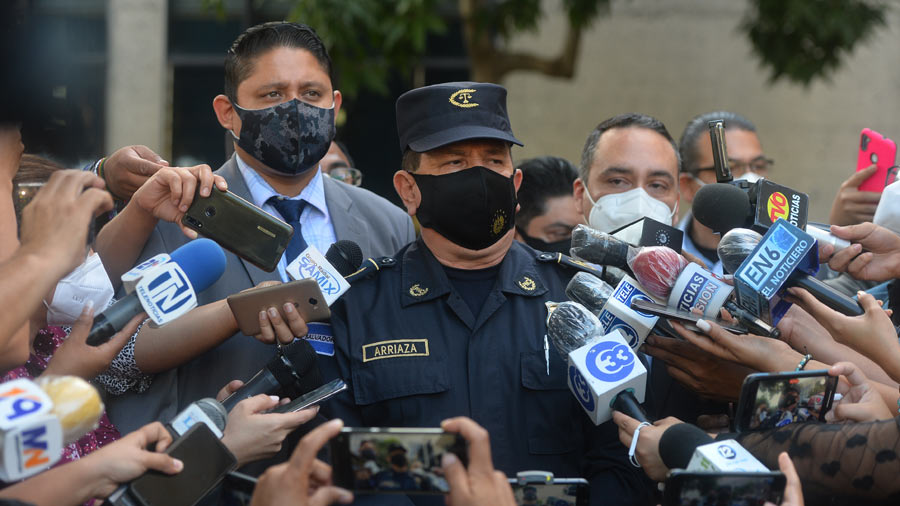 The former magistrate of the Constitutional Chamber said that President Nayib Bukele cannot refuse to comply with the mandatory order of the Legislative Assembly.

“If the Legislature has seen serious human rights violations by a public security official and recommends compulsory dismissal, the president cannot refuse to comply,” former Constitutional Chamber magistrate Rodolfo Gonzalez said after approving the final report of the Congress on the director of the PNC, Mauricio Arriaza Chicas, whom he attests to having violated human rights, being complicit in taking over the Legislative Assembly that Nayib Bukele played on February 9th.

The former magistrate states that Bukele can go to the Chamber if he does not agree with the resolution, “but to do what the Government always does to say that the interpretation of the Assembly is wrong would leave someone who is no longer the director in office”.

On the other hand, he said that if Arriaza Chicas remains in the position of director of the PNC, despite the mandatory order of dismissal, “it would be a usurpation of positions.”

Daniel Olmedo, a constitutional lawyer, reinforced what the former magistrate said and added that, based on the evidence collected, Congress “concluded that with the former PNC director’s collaboration in the 9F coup, representative democracy was violated and the right to vote of Salvadorans, a human right recognized in the Constitution and in the Universal Declaration of Human Rights, has been violated ”.

For their part, a conglomerate of seven civil society organizations spoke out on Thursday and called for the 9F Legislative Assembly’s coup attempt not to go unpunished.

AND: The prosecutor’s office accuses the police director in court of violating his obligations

“The decision of the Legislative Assembly (to order the dismissal of Arriaza Chicas) is part of a series of actions to deduce responsibilities for the attempted coup,” said Acción Ciudadana, ANEP, the Center for Legal Studies, DTJ, Funde, Fusades and Ibero-American Institute of Constitutional Law. They also asked the Prosecutor’s Office to investigate whether seditions or other crimes were committed.