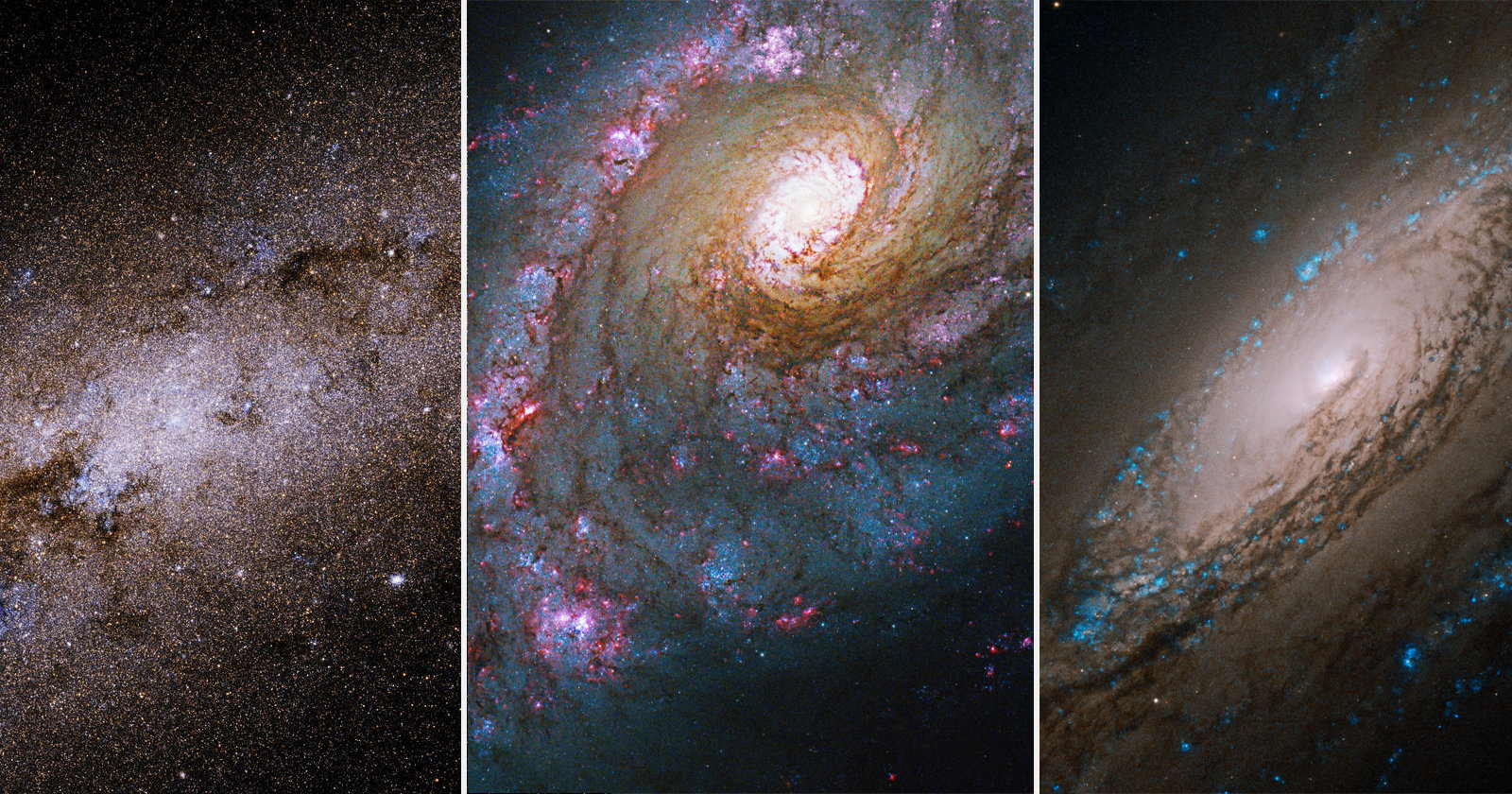 All 30 images are added to what amateur astronomers know as the Caldwell Catalog, which was compiled by British amateur astronomer and scientific communicator Sir Patrick Caldwell-Moore and inspired by the Messier Catalog. The catalog was published by Sky & Telescope the magazine 25 years ago, in December 1995. Caldwell’s catalog highlights 109 galaxies, groups of stars and nebulae that are bright enough to be seen by amateur astronomers.

The 30 additional images were taken by Hubble over its 30-year career and used for scientific research and testing, but have not been fully processed for public publication so far.

Some images do not fully capture the entire Caldwell object, such as the ones below, due to Hubble’s detailed field of view.

The images added this month increase the collection of photos to 87 out of a total of 109 objects.

To see the complete set of images from the Caldwell collection, you can consult the catalog here.

Hubble was launched aboard the Discovery spacecraft in April 1990 and has been upgraded five times by astronaut crews. Hubble turned 30 on December 11, 2020 and is now considered to be even better than the day it was launched. As such, it will continue to make innovative discoveries that NASA hopes will promote fundamental understanding of the universe.

Hubble may be 30, but it’s certainly not old.