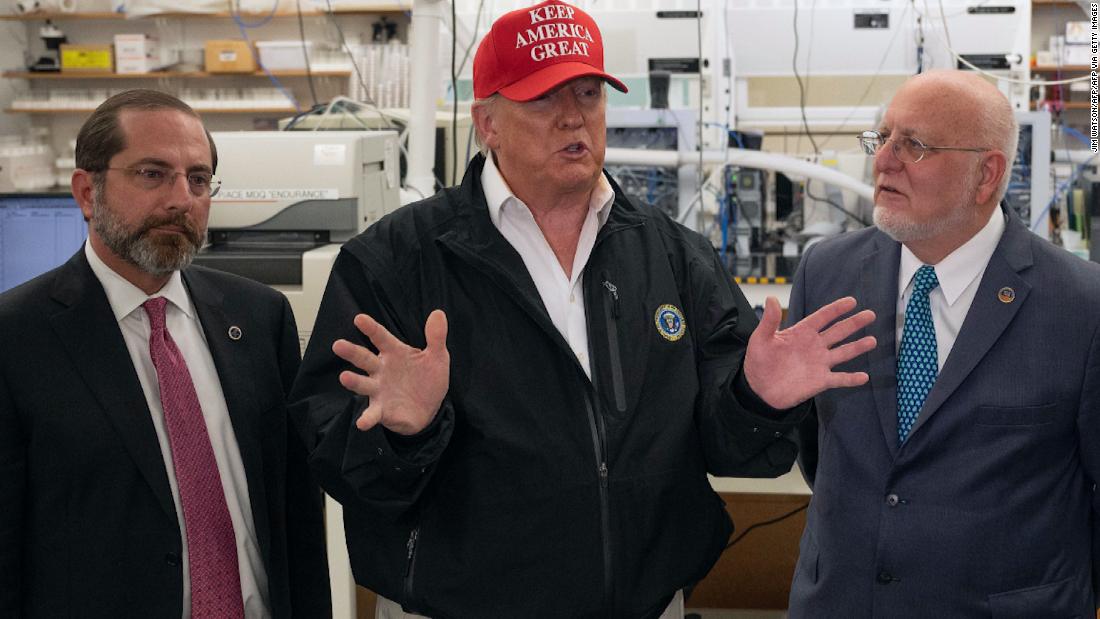 Democrats on the subcommittee selected for the coronavirus crisis have warned Azar and Redfield that they have until Dec. 30 to produce all e-mails and communications related to the publication of a series of scientific reports. The committee requested the documents for the first time in September.

The committee said they needed documents to continue their investigation, which they say has so far revealed that over a four-month period, “Trump administration officials have tried to modify or block at least 14 scientific reports about the virus. “. The subcommittee also claims that the named politicians drafted rejections to discredit the CDC’s official scientific reports, and that political officials retaliated against career officials who did not line up.

“Senior political officials at HHS and the CDC not only tolerated these efforts, but in some cases helped them – even after a senior career official warned that the CDC’s scientific writing” must remain an independent process. ” and that the administration’s attempts to influence these reports violated “long-term policy,” the committee’s Democrats wrote in a letter to Azar and Redfield.

House Democrats in the committee say that in an interview with a CDC career member, both HHS Assistant Secretary of Public Affairs Michael Caputo and Senior Adviser Paul Alexander tried to exert political influence. on weekly morbidity and mortality reports, which were intended to give the public a clear picture of what was happening with the coronavirus.

The editor and head of these reports, Charlotte Kent, told committee staff that Alexander “contacted her directly on numerous occasions to press her to make changes to the weekly morbidity and mortality reports and to look for a broader role in the process.” review, long violating the CDC and HHS Policy to maintain the independence of these reports. “

While committee Democrats say Kent and other officials have been largely able to keep these requests at bay, the testimony and documents “show that she and other career officials have been forced to reject more than a dozen attempts to to influence the CDC’s scientific publications and, in some cases, have been instructed to make the changes recommended by political officials. “One of those attempts came in June, when Alexander tried to make changes to a report on hydroxychloroquine, which lost its emergency authorization after it was considered more harmful than useful as a treatment for coronavirus. Democrats in the committee have also reported that Alexander tried to influence the content of other reports on the effectiveness of the cloth coverings and the risks of the underlying health conditions and coronavirus.

“To the extent that career personnel have been able to limit damage, as Dr. Kent said, this is evidence of the integrity and resilience of career personnel – not an indication that the Trump administration’s political pressure tactics were appropriate or sound. from a scientific point of view “the Democratic Committee wrote in the letter.

Democrats in the commission first requested the documents in September, but after months of negotiations, Democrats say they have hit an obstacle with HHS and the CDC to get the documents and interviews they need to complete their work. Democrats also point out that an official told them in an interview earlier this month that they were told to delete an email from a so-called politician.

“The production of documents of the Department remains extremely incomplete,” wrote the Democrats in the commission.