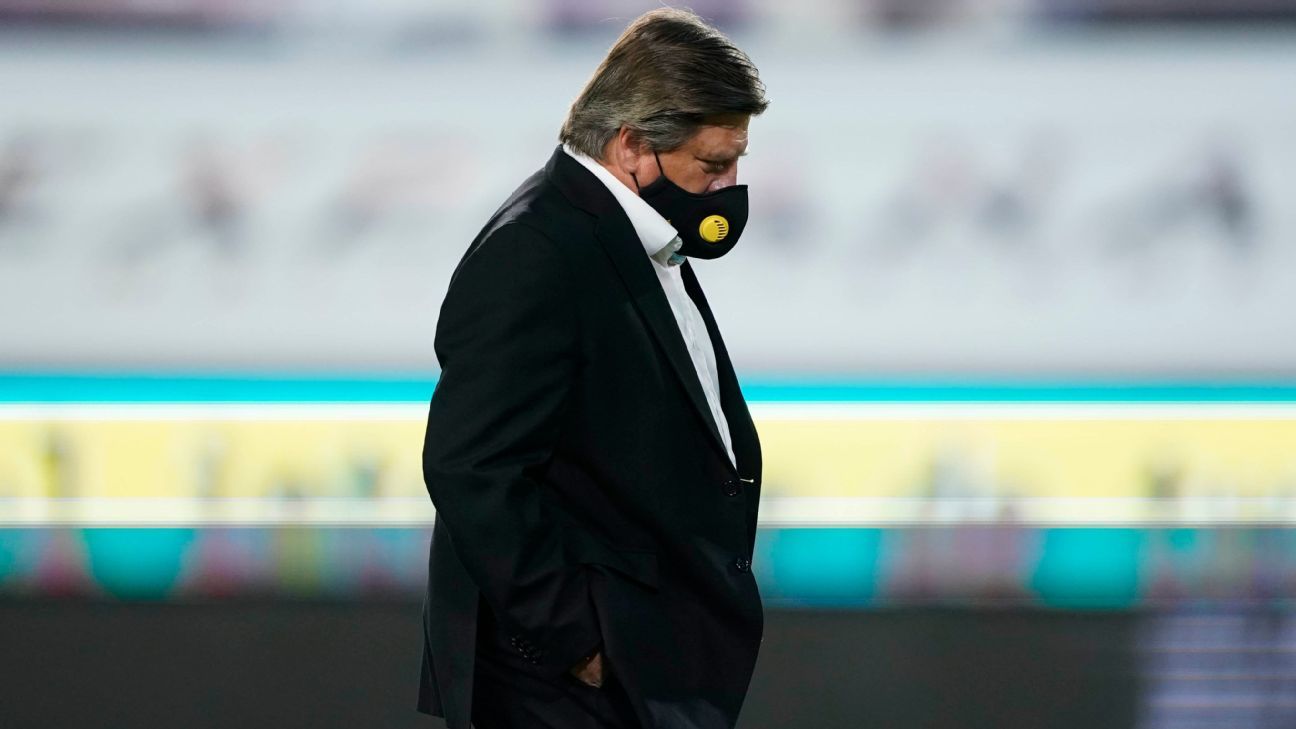 American executives weren’t happy that #FueraPiojo has become a constant in the networks, one of the reasons why he fired Herrera

Miguel Herrera’s situation took a turn in less than 24 hours, despite the ridiculousness of the league, and Concacaf put red signals among the club’s owners.

The truth is that, after landing with the team on Sunday, Miguel Herrera went home, changed his clothes and participated in the inn of the Televisa Group, the owner of America, where he even registered promotional items.

When he woke up on Monday, the executive members of the Televisa football commission, who were away from him at the party, informed him that he had been fired and asked him to reach an agreement because he had only renewed for four years in July.

The decision was direct from the owners who had not taken part and until Sunday they still believed that Herrera would continue in office., as they had summoned him on Tuesday to talk about the manufacture of the equipment.

The convincing reason they gave Herrera was the fight with Bob Bradley’s technical assistant, but from the day of the renovation they limited him to no scandals, so they were taken to close this cycle that in football had a disastrous outcome, because the owners also believe that #FueraPiojo is no longer good.

While, Miguel Herrera’s assistants were angry with the coach because they reproached him for not stopping to think about them. Similarly, the president of the Santiago Baños team was overwhelmed by the decision taken from above and analyzes its continuity.

There is no plan B in Coapa, just this month they will start with or without Baños, the research work of the coach.

For six months, Guillermo Barros Schelotto sent his resume to the top council, but sources say that one of the candidates they like from the beginning is Memo Vazquez.

They have not yet contacted Matías Almeyda, Mohamed or any other prominent technician, as the budget is not large either.