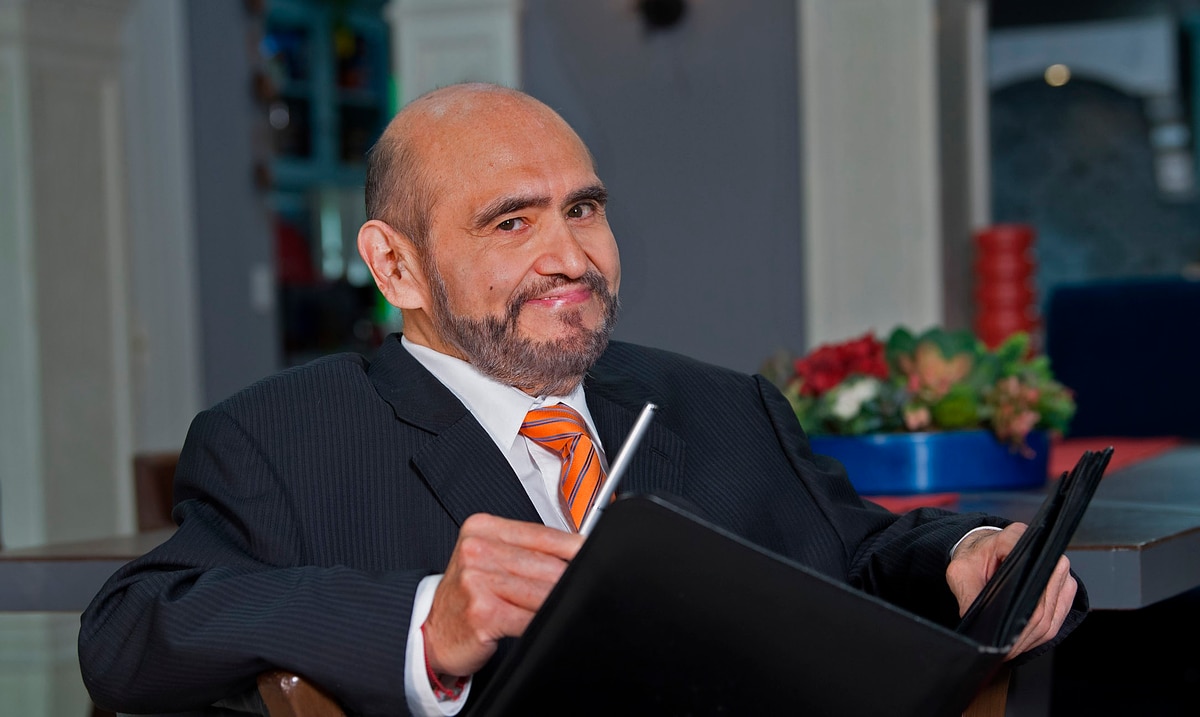 Satisfied with his work and many projects on the horizon, Mexican actor Édgar Vivar said in an interview with Efe that he had to work twice as hard to prove his versatility in acting after great roles such as “El Señor Barriga” or “Ñoño” in “El Chavo del 8” (1971-1980).

“The biggest challenge was to convince the producers that I could do different things, as the programs continued to be broadcast on TV, I was competing with myself and I still do,” he told Efe Vivar.

This was the first test the actor had to go through and since then he understood how fundamental it was to learn to reinvent himself.

“By reinventing ourselves, there is no other way,” says Vivar, who remains active at age 75 and in the midst of a pandemic with at least five movies on the horizon, participating in virtual international events or special shows in television series.

The most recent of these is the second season of “My Dear Legacy”, a series he came to as a special guest and due to his charisma and public affection for him, his participation for the second installment was extended and is already preparing for the third.

“Elías Solorio invited me in a cordial way at random and the character was incorporated a little into the whole universe and now it seems that we are going for the third season. I am very happy, more than anything, I see the acceptance of the public “, says Vivar.

The second season of the series with Paul Stanley and Roxana Castellanos ended on Monday, which makes the actor eager to know how his character as “Judge” in the series will evolve.

“He is not exactly a judge, he is a notary, at first he was cold and distant, but it seems that he has already started to take part in history, for me it was funny to discover him, I am waiting for what the author writes”, says Vivar.

The actor was a key part of the rise of television comedy in the 70’s, when he was part of programs such as “El Chavo del 8”, where he played “Ñoño” and “Señor Barriga” or “Botija” in one of the comic Capsules Chespirito “Los Caquitos”.

“It’s an important and definitive part of my career, I love them, I venerate them (the characters) and there they are, but it’s only a part. Out of respect for me, the audience and Roberto, I didn’t do anything because time doesn’t forgive “, comments the actor who refused to revive these characters in the interpretation.

However, his outlook on comedy has evolved over time. In these moments of severe criticism of what is right or wrong to do in this area, the actor acknowledges the good and evil of his first stage in comedy and, in turn, makes a harsh criticism today.

“I am aware that some of the forms of comedy that have been made so far are not politically correct, such as assaulting a person because of their physical appearance and that before it was a reason for hilarity, but on on the other hand, now they use a language that in my time was circumscribed in latrines, the letter “ch” sounds not only to say Chapulín Colorado “, he says laughing.

For now, Vivar will be part of series such as “El junior: El mirrey de todos los capos”, the third season of “My Dear Legacy”, as well as five other films.

In addition, the actor assures that he has dedicated his free time to write a memoir that he does not intend to publish and that in a very opportune way he mentions that this will be the “beloved legacy” that he leaves to his family when he is left.

“I did it for myself, it will be my legacy for my family, if they decide to publish it when it disappears, it will be their decision, I had a very beautiful professional life,” says Vivar.