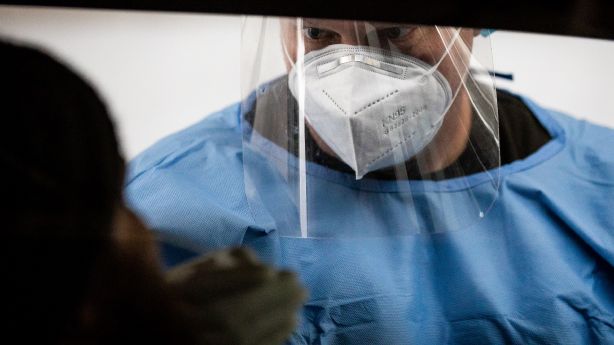 SALT LAKE CITY – The number of COVID-19 cases in Utah has stabilized over the past month, after steady declines. Doctors at the University of Utah Health said there were also early signs in the data that we would probably see another increase in new cases. But right now, they believe vaccines can prevent the virus.

“We fully expect to see cases grow. Hopefully not at the level we’ve seen in Michigan and other states, because Utah does such a good job with vaccinations,” said Dr. Russell Vinik, University of Utah. Health chief medical officer

The U of U Health COVID-19 testing clinic on Redwood Road has seen an increase in the number of cases in the last few weeks. Overall, the numbers are small. But Vinik calls it an early indicator that we could be growing. It is a serviced western neighborhood with a higher proportion of Hispanic residents. During the pandemic, an increase in cases usually signaled an increase elsewhere.

The data also show an increase in COVID-19 in Weber, Morgan, Davis and Wasatch counties.

Vinik said the increase could be attributed to the UK variant, which now accounts for 40 percent of new cases in the University of Utah’s hospital system.

The virus remains opportunistic in its endless search for a new host.

“He just wants to find the next person to jump on. He doesn’t care. So if an area sees an acceleration of cases, it’s more likely to spread to other people,” said Erin Clouse, MPH, strategic commitment to U of U Health.

Fortunately, over 50% of Utahns over the age of 16 have been vaccinated, and the number continues to grow.

As the race between vaccines and vaccines unfolds, what’s stopping Utah from growing like in Michigan?

Vinik says a higher percentage of Utahns have been exposed to the virus, giving them protection, and “We have managed to vaccinate many more people, so if the growth occurs, it will be later when we have more of our population. they vaccinated, “Vinik said.

That is why he urges Utahns to continue to take preventive measures to avoid the virus and to get vaccinated.