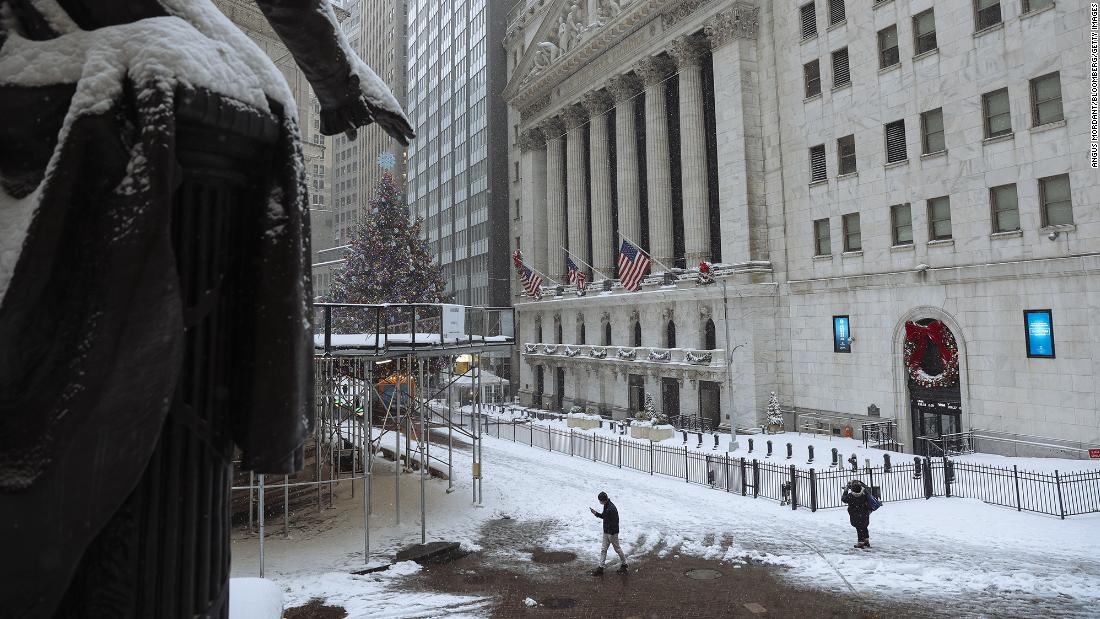 Shares fell sharply at the opening bell and continued to trade in the red. The Dow (INAPPROPRIATE) was down 122 points or 0.4% by noon, while the broader S&P 500 (SPX) sank 1%. The Nasdaq Composite (COMP) fell by 0.9% around noon.

It’s a shortened week for the market, which stops trading at 1:00 p.m. ET on Thursday before the Christmas holidays. Trading volumes are lower as the holiday season approaches, meaning market movements tend to be exaggerated, making Monday’s sell-off more like panic selling than it actually is, said Edward Moya, senior analyst at Oanda.

Still, there is reason for investors’ concerns: dozens of countries in Europe, the Middle East and America have announced travel bans for the United Kingdom, where the new coronavirus variant has been identified. The variant is believed to be more contagious, which could be a blow to the fragile economic recovery following spring’s global blockages.

Oil prices also plunged, with US futures for the commodity falling more than 4% to $ 46.91 a barrel.

The House of Representatives is expected to vote on the deal on Monday before it goes to the Senate.

Treasury Secretary Steven Mnuchin said during an interview with CNBC that the direct deposit checks for Americans, something President Trump urged, will go out next week, calling it “much-needed relief just in time for the holidays.”

Getting a new stimulus deal has been a top priority for investors in recent months, but now that it’s here, the good news is being overshadowed by the new virus developments.

The market echoes the dynamics of earlier this year, with businesses taking advantage of the stay-home economy, such as Zoom (ZM), outperforming those dependent on a return to pre-pandemic conditions.
Banks also have a better day than most other sectors after the Federal Reserve cleared further share buybacks for financial institutions. JPMorgan (JPM) announced a $ 30 billion buyback program on Friday. JPMorgan stock jumped and rose more than 4% around noon.