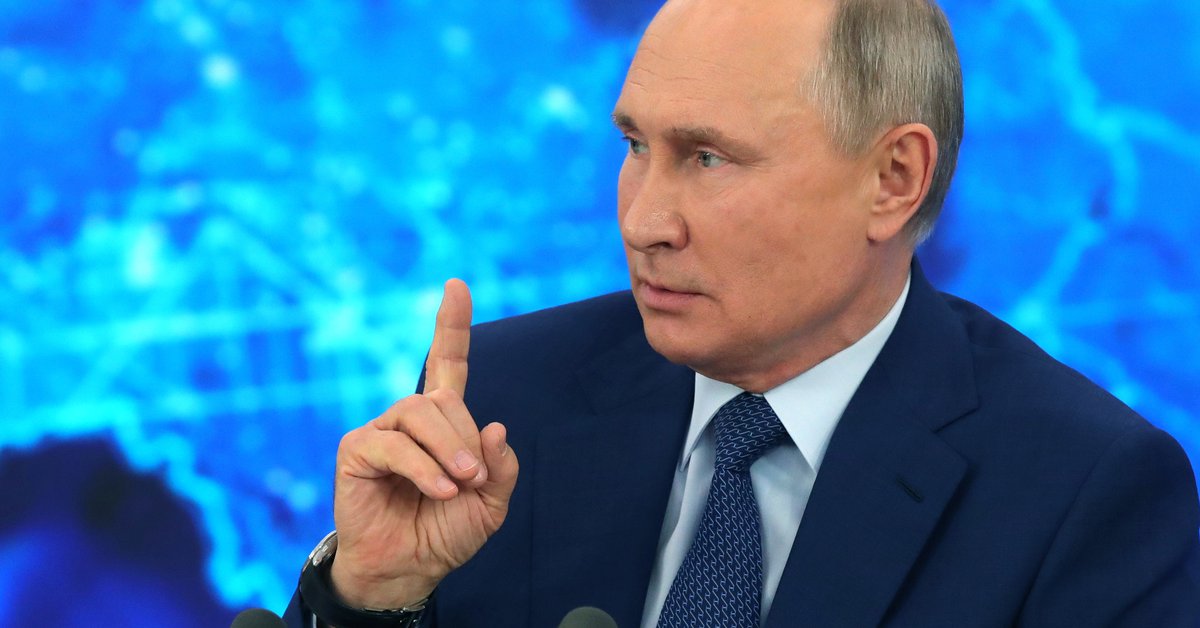 “You can’t sue Pfizer or Moderna if they have serious side effects from the covid vaccine. It is likely that the government will not compensate you for damages either. “.

The message, typical of a negative advertising campaign, was not posted on an anonymous Twitter account, but on the one created by the Gamaleya Center for its vaccine, Sputnik V. A channel that laboratories often use to report their progress is used in Russia to attack competition. And quite obscene.

“We hope that the great experiment of using the new mRNA technology will be successful. Sputnik V uses a more conservative approach (human adenoviral vector) that has been shown to be safe for decades and does not cause severe allergic reactions“, He published the account last Wednesday. “What would be the reaction of the Western media if Sputnik V caused severe allergic reactions and you had four cases of facial paralysis in the vaccine arm of clinical trials?”

The message refers to Isolated allergic reactions found in the United States and the United Kingdom in people who have had the Pfizer vaccine. The latest case was that of an Alaska medical worker.

The reaction took place on Tuesday, and the person was in a stable condition after being hospitalized. According to a hospital official quoted by New York Times, the middle-aged woman had no history of allergies, but had an anaphylactic reaction that began 10 minutes after the vaccine was administered at Bartlett Regional Hospital in Juneau, Alaska. Symptoms included redness of the skin and difficulty breathing.

Dr. Lindy Jones, the medical director of the hospital’s emergency department, said the effects diminished shortly after the worker was treated with epinephrine. “She is healthy and well,” Jones said. A Pfizer spokeswoman, Jerica Pitts, warned that the company does not yet have all the details of the case, but is working with local health authorities.

Sputnik V also attacked GAVI, the global vaccination alliance in Geneva, the result of cooperation between the public and private sectors, which has as one of its main promoters the Bill and Melinda Gates Foundation. Especially at the COVAX initiative, created to ensure that everyone has access to coronavirus vaccines. The reason is that it has provided only part of the 2 billion doses it was expected to buy next year, has not yet confirmed concrete vaccine distribution contracts and appears to be short of money.

“GAVI and COVAX will be more successful if they are inclusive and above politics. There is a need for more diversity in governance structures and among scientists. We welcome transparency in equitable access to production capacity “, Sputnik V.

These messages are part of an operation launched a few months ago by the Russian government to spread panic over developments in the United States, Britain and Germany. With the complicity of an allied communication environment, he designed a system to be able to identify The Latin American public is interested in news about the coronavirus vaccine and so you can position Sputnik V as efficient and safer as those in other countries.

It is a fierce disinformation campaign, including computer viruses, that has flooded social networks in recent months. One of the first results seems satisfactory: The sale of tens of millions of doses to countries in the region has already been guaranteed.

Its objective is clear, according to the exhaustive analysis and evidence collected by the prestigious Federation of American Scientists (FAS for the acronym in English). “This is particularly alarming, given that the aggressive conspiracy theories developed by the Kremlin in Latin America have already encouraged governments in the region to use the Sputnik V vaccine. In fact, Russia supplies Mexico with 32 million doses of Sputnik V. Venezuela and Argentina are ready to buy 10 million and 25 million doses, respectively, while Peru is currently in negotiations to buy Sputnik V, “the report said. .

This organization has been investigating the Russian infiltration since September last year, when it made its first report. The last one was updated six days ago and the conclusions are even stronger. The Kremlin has installed a malware —Virus that manages to infiltrate certain devices, such as computers or Smartphones– developed together or for the site Sputnik news in its Spanish version. “On September 18, 2020, the FAS published a report locating a network of archives from malware related to the development of the COVID-19 vaccine in the Sputnik news link in Spanish mundo.sputniknews.com. The report found 53 websites infected with malware spread on Twitter after allegations of side effects led to a break in the Oxford-AstraZeneca vaccine study (AZD1222)“.

The Russians do not trust Sputnik V: COVID-19 vaccination centers are empty