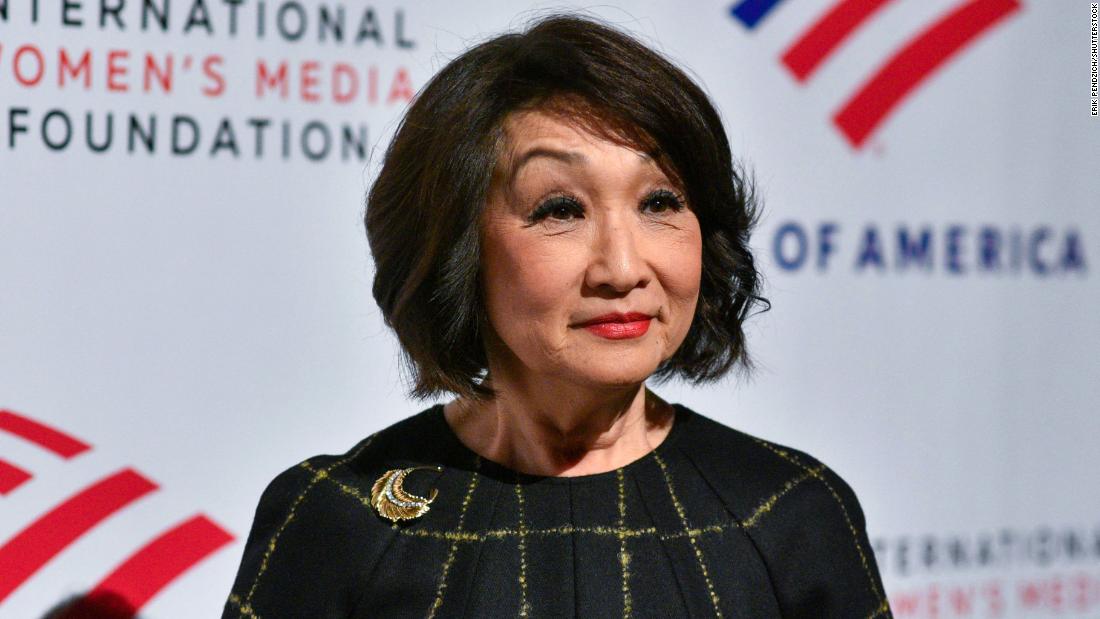 The former anchor spoke with Andrew Goldman, host of the Los Angeles magazine podcast, and discussed a wide range of topics, including his guest role on HBO’s “The Undoing,” time on CBS Evening News and ABC. News.

While talking about her scene in “The Undoing” with Hugh Grant, in which she portrays a journalist interviewing Grant’s character about the murder investigation, she said she gave Grant some advice.

“When Hugh Grant sat down, he was still ruffled,” she said. “He’s one of those British fellows. And his tie was bent and I’m very OCD. So I said, ‘Hugh, straighten your tie.’ And he goes and fixes it. And then a collar was off his suit. “And I said, ‘Hugh, fix this.’ And then he looked like Rodney Dangerfield.

She also said she thought she heard, but did not see much in her scene, as she rewrote sections of the dialogue.

In 1993, Chung became a co-anchor of CBS Evening News.

with Dan Rather. He only had a job for two years and says he works with Rather: “If I turned my back, I felt like I could be in a ‘psycho’ scene in the shower,” suggesting that he should always watch her around the co. -even, noticing that she was forced to do tabloid-style interviews that others did not want to do.

During the podcast interview, she said the network atmosphere, where she worked with fellow journalists Barbara Walters and Diane Sawyer, was competitive and compared it to the bitter 1990s rivalry between figure skaters Nancy Kerrigan and Tonya Harding.

“[W]When I got to ABC, both Diane and Barbara were in the same type of arena, trying to get these big interviews. So when I tried to go after them, I was told I couldn’t. That Barbara and Diane were the only ones who could compete for the interview and I had to stop. And I said, “Really?” ”

CNN contacted Chung, Walters, Sawyer and Rather for comment.